Global smartphone brand Vivo on April 21, today, trotted out its newest flagship smartphone, the V9, at a grand mall launch in SM Mall of Asia.

Joining the grand launch were the country’s top young actors Daniel Padilla and Kathryn Bernardo, also known as KathNiel. They have been Vivo endorsers since September 2017. This was their first mall tour with the global smartphone brand. The pair helped gave away raffle prizes from Vivo, including the V9. KathNiel also had a meet and greet with those who purchased Vivo V9 at the event. 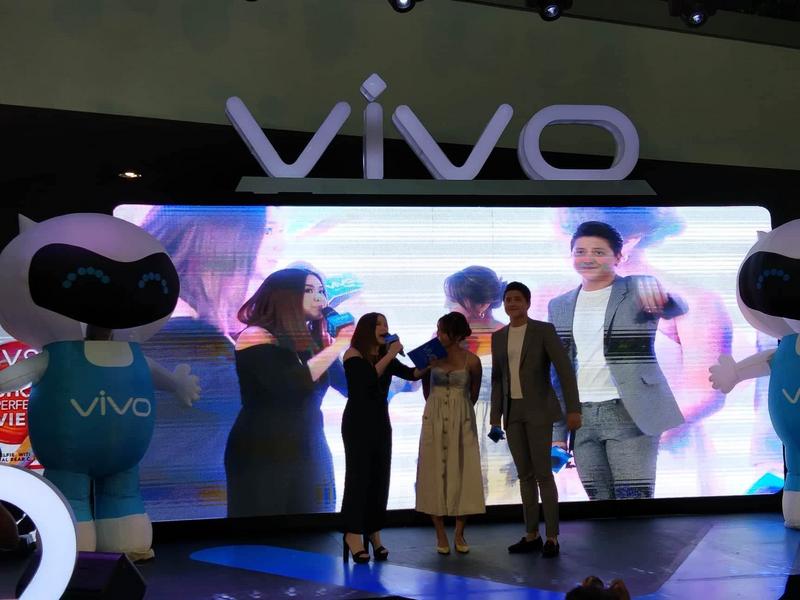 RELATED: VIVO V9 Review: Is this the perfect smartphone for selfies and groufies?

Vivo Philippines’ Vice President for Sales Hazel Bascon, meanwhile, thanked their customers for the success of the Vivo V9, which received over 18,000 preorders a few days after it was launched on March 22. Moreover, Vivo Philippines Brand Director Annie Lim also announced the smartphone brand’s partnership with YouTube FanFest 2018, which would take place in May.

A global smartphone brand focused on introducing perfect sound quality and ultimate photography with cutting-edge technology, Vivo develops innovative and stylish products for young people. As an Official Sponsor of the FIFA World Cup, Vivo believes in the importance of encouraging young people to embrace self-expression and an energetic lifestyle. In the Philippines, Vivo is the Top 3 smartphone brand in terms of market share with 1.5 million users nationwide.

The Vivo V9 is available in Pearl Black and Gold for P17,990 at Cyberzone, Lazada, and other authorized shops nationwide.