OPPO Philippines announced the A83 last January, becoming their first offering smartphone for 2018. After just a month, the smartphone already topped the sales chart-listing, as MemoXpress released the numbers – from January 29 to February 4, 2018. 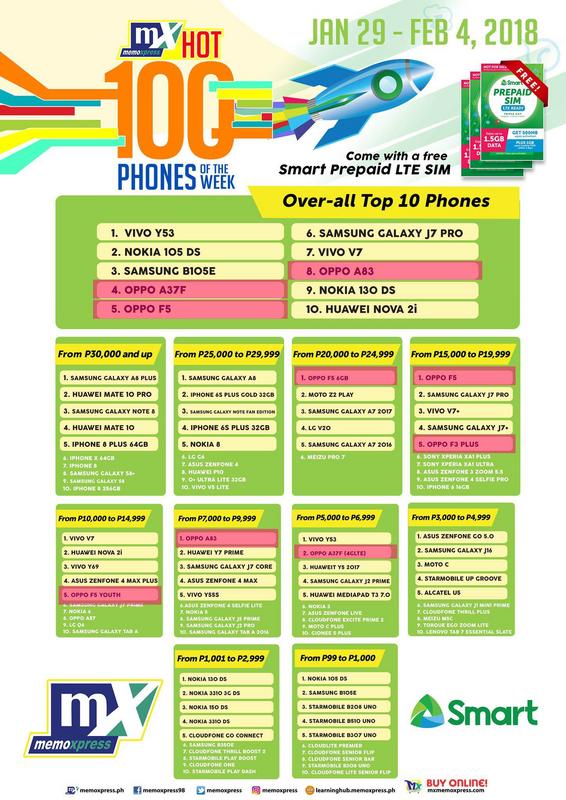 OPPO A83, together with other OPPO devices (A37F and the mid-range F5) were also included in the overall top 10 phones of the week. That’s pretty impressive! Check out our review of the OPPO A83 that will be posted next week.