Vivo Philippines announced their latest flagship smartphone, the Vivo V7+ that flaunts a mind-boggling 24-megapixel front shooter. The radical change on the display is obviously seen, as the company now uses an 18:9 aspect ratio for the first time, which became a hot topic for 2017. With a price tag at P17,990, targeting the mid-range consumers, it seems that the phone is too pricey. Well, we may know why but let’s just sit down, take time to inhale & exhale, and be relax as we find out later on the full review, on how will it perform very-well. The right question here is, will the justice serve? Here it goes.

In the box, the first thing that we see is the sim ejector tool, sitting in a small, narrow paper compartment where the free silicon case is included. Along with that, there’s a quick start guide documentation plus the warranty booklet, a 5V/1.6A charger, a microUSB cable and a pair of earphones. 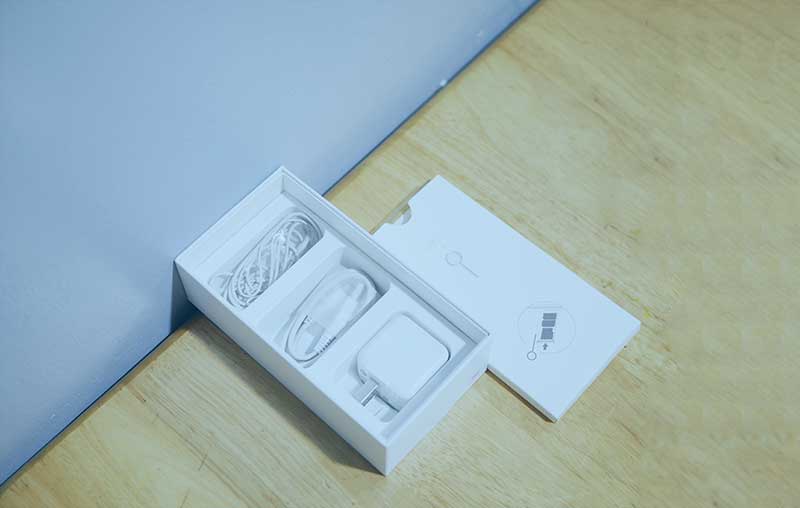 The Vivo V7+ looks beautiful when viewed from near or from far. The 5.99-inch FullView Display with 1440 x 720 resolution embeds an IPS LCD screen that dominates the 80% of the face of the phone. The near bezel-less screen is what makes the phone look gorgeous all the time.

Despite a large size, the Vivo V7+ is very comfortable to hold and use. The exterior of the phone uses a plastic-metal body, built in a unibody design. As we can see in the image above, the home button has been removed and replaced by virtual buttons: recent, home and back buttons, which are located at the bottom of the screen. 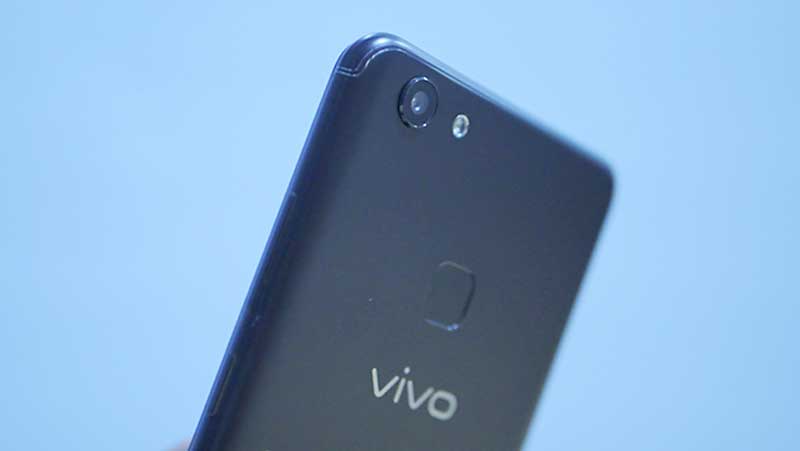 Vivo V7+ uses the Android 7.1.2 “Nougat” operating system with heavily-customized FunTouch OS 3.2. At the time of testing, the security patches were dated July 1, 2017.

There’s no app drawer, so all the applications are situated in the home screen. We can group some of them. The lock screen offers two shortcuts, the dialer, and the camera. At the settings, there’s a smart wake feature for gesture and motion functionality. It also includes air operation, smart turn on/off screen and smart call.

To see the recent apps and quick settings toggles, also known as the “Control Center”, we must swipe the screen up from the bottom. Notifications are seen by swiping down the screen. Smart Split 3.0 is another feature of the FunTouch that allows two applications running at the same time.

The virtual buttons at the bottom can be customized depends on our preference. Face beauty for video call enables the user to soften and brighten their skin while using the Facebook Messenger. It can be adjusted, while the LED flash can be turned on during the video calls. Kindly note that this is an exclusive feature of Vivo.

Vivo also brings advanced security feature, a face recognition sensor or what we call the “Face Access”. This feature lets the user do a face scan to unlock the screen until authenticating the data. Further, the fingerprint scanner is located at the back, precisely under the camera. It can work quickly in detecting fingers. 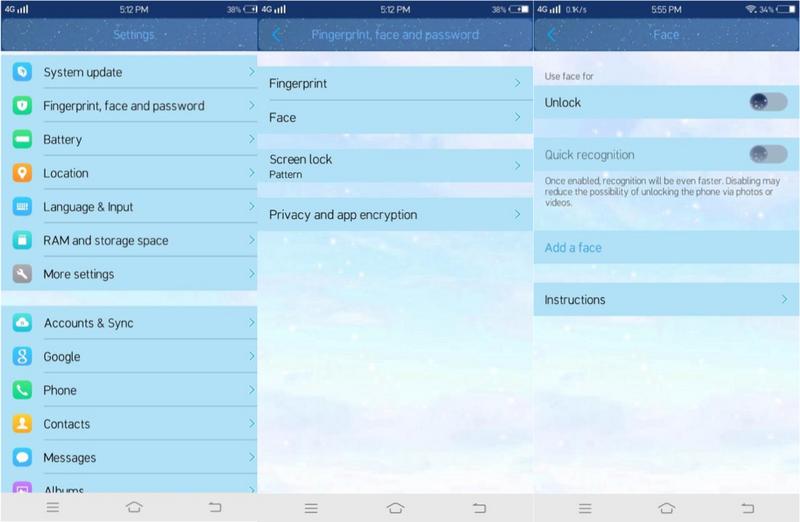 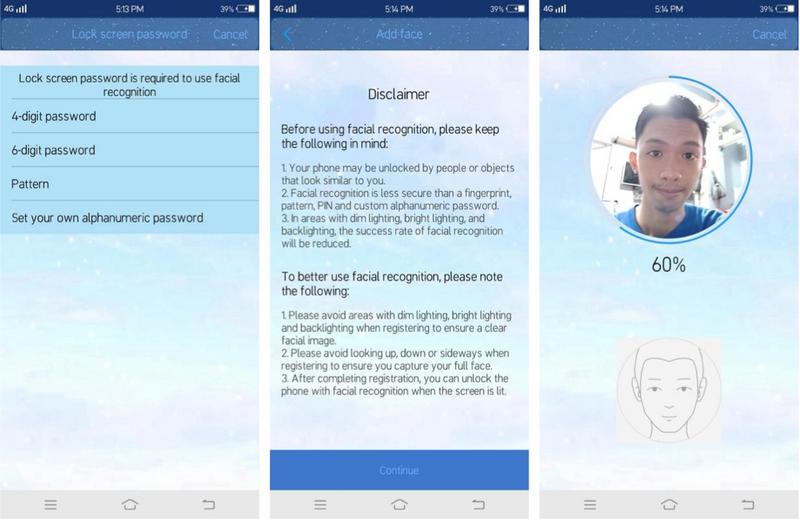 The phone’s internal chipset, a Qualcomm Snapdragon 450 clocks at 1.8Ghz is supported by the Adreno 506 GPU with 4GB RAM and 64GB of internal storage (with microSD card support up to 128GB). It offers a fair overall performance which is fast enough for everyday apps and should perform very well in most Android casual games. The low resolution in a tie-up with the graphics unit used is a great combination for better power consumption.

Here are the results of our usual benchmark tests. As we can see in the Geekbench, the Vivo V7+ beats the Samsung Galaxy S7 Edge and Note 7 in Multi-Core comparison and is on par with the LG Nexus 5 in Single-Core comparison. All in all, average.

The speaker on the bottom is incredibly loud and didn’t produce any distortion even at maximum volume. The bass can be heard if you listen carefully. The included earphone can be used even better, producing a warm sound and better details which are well-audible. Vivo also offers audio improvements, using the Hi-Fi chipset. 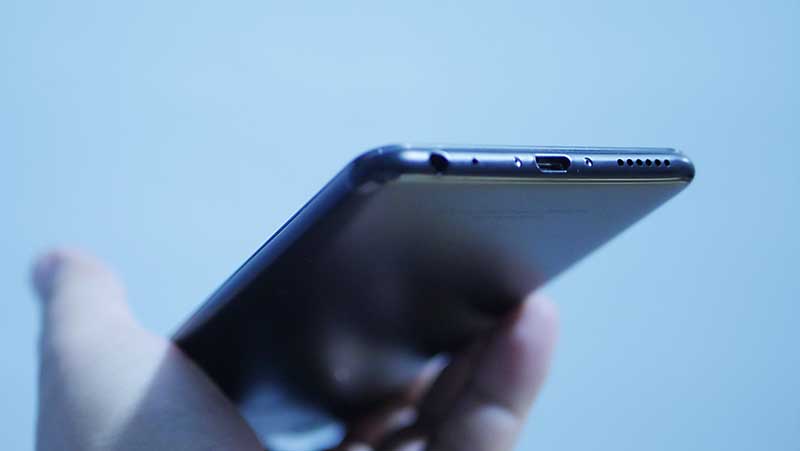 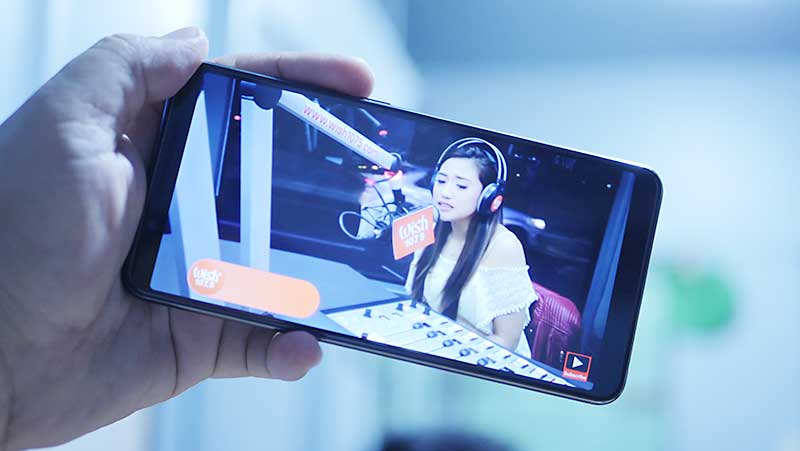 The Vivo V7+ is the world’s first smartphone to have a whopping 24-megapixel front camera snapper. But, not all smartphones with higher megapixels doesn’t mean that it produces a high quality, so we examine its highlight on how good the images are. Based on the samples, it does capture pretty impressive details and manages to be a high up along with some of the best selfie cameras that we have used. The noise is quite noticeable in low-light conditions but the soft LED flash is expected to step in for bright images. The main camera of the Vivo V7+ has an OmniVision sensor with 16-megapixel resolution. The results are good, to be honest. Color reproduction is neutral while it cannot convince under dark conditions. Sharpness is not that decent and appears to be pale. 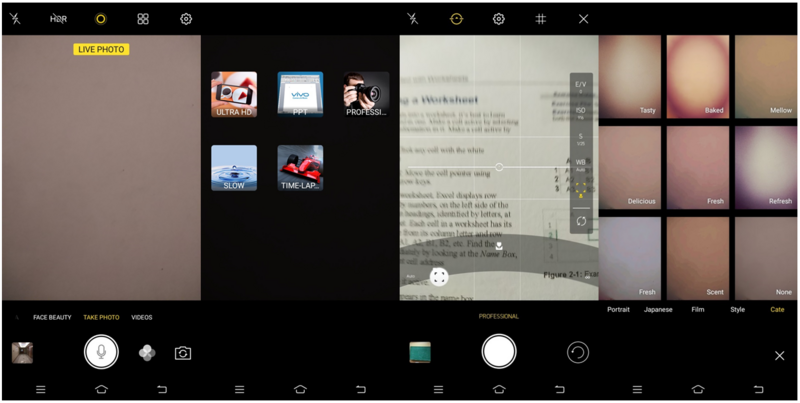 On the camera interface, the front camera has three modes: normal, beauty mode and group selfie, which we can swipe from left to right direction. The normal mode allows the user to toggle the HDR options, the portrait mode as well as the LED flash. Beauty mode, on the other side, lets the user choose between buffing, skin tone and whitening. Lastly, the group selfie that permits the user to capture a wider field of view. Likewise, the rear camera has different opts to be select. There’s a beauty mode, panorama and other bunch of functions such as: the professional mode, that includes a level options to adjust the shutter speed, white balance, focus and ISO level; the ultra HD mode, time-lapse and slo-mo.

In everyday usage, the Wi-Fi reception is good, similar to the data connection. The Vivo V7+ supports two Nano-SIM cards with GSM Band B2/3/5/8, WCDMA Band B1/5/8, FDD-LTE Band B1/3/5/28 and Band B40/41 for TDD-LTE. GPS result is nice as the phone uses the global GLONASS navigation system. The signal is stronger in outdoors with a good rate.

The device is backed up by a non-removable 3,225 mAh battery. As a result, it does not disappoint. We achieved a score of 11 hours and 50 minutes from PCMark test, It doesn’t support a quick charge. Thus, a full 100% recharge takes 1 hour and 45 minutes, reasonable though. 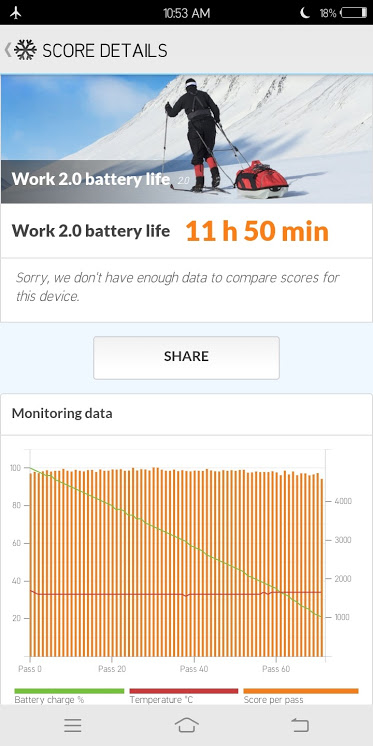 Once again, Vivo produced a well-built smartphone with Vivo V7+. Essentially, this selfie-focused device provides a decent performance overall. It doesn’t really a good performer like the flagship Snapdragon 835 but does a satisfactory operation for everyday use. The Vivo V7+ is a successful evolution of the former Vivo V5 Plus with improved screen display and other features. It can definitely keep up with more expensive devices in the area of selfies, but not good for gaming.

At a price of P17,990, compared with others, the Vivo V7+ has some flaws: and one of those is the 720p resolution. The 1080p remains the standard display in the mid-range segment. It’s not that inappropriate but it managed to be an advantage one, like longer battery life and better power consumption that we’ve said before.

Despite that shortcomings, the Vivo V7+ has many selling points to consider. Impressive audio quality, near bezel-less display, selfie images, audio output, battery life, customizable software, and the dedicated microSD slot. Like many handsets, it’s not a perfect smartphone but it can shine for some. 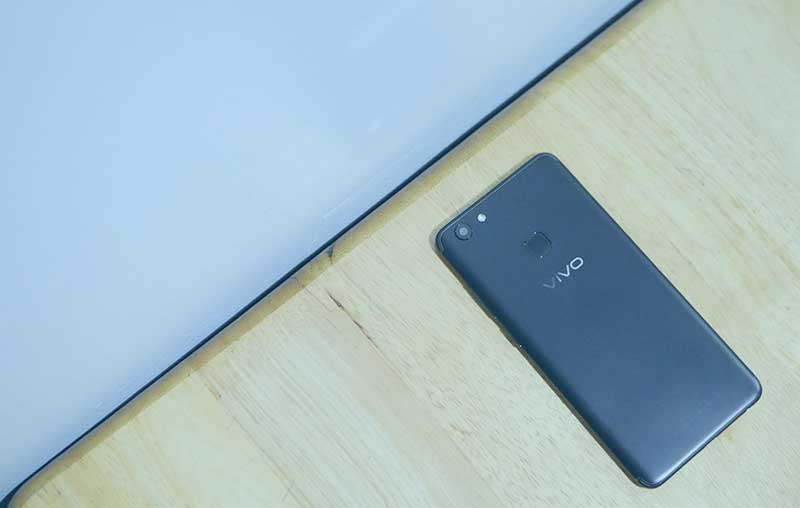 How much is the Samsung Note 20 Ultra 5G on Smart Postpaid Plan?

Find your next home with Ohmyhome mobile app