Two months ago I was privileged to review the first Xiaomi smartphone made available in the Philippines, the Xiaomi Mi3. Following the success of the Mi3 locally, Xiaomi brought in the next device which is dramatically low in price but heavy in the specification.

The affordable 4.7-inch Redmi 1S which is exclusively sold at Lazada becomes the next after-sought smartphone from Xiaomi. 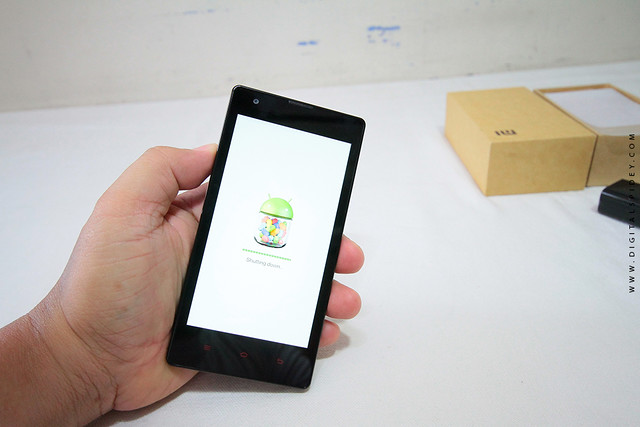 Last August  28 Hugo Barra came back to the Philippines to meet the tech community from the blogosphere and the media. Together with Lazada PH chief Inanc Balci, the Redmi1S was officially launched.  From there on, Lazada had already three batches of flash sale. 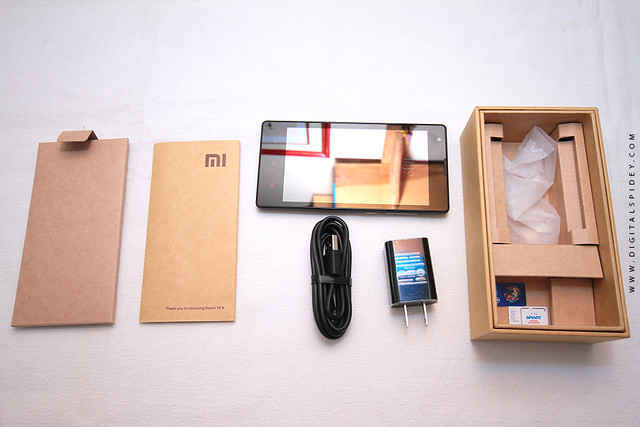 Like the Mi3, Redmi 1S has similar packaging. It is packed on a brown box that is really solid. Hugo in his demonstration during the launch showed that you can even step on it without damaging the box. Inside are the usual suspects — the USB cable, charger, and the quick users manual in English, the battery and the Redmi 1S. Take note that Xiaomi sells a separate headset and according to their study, not all smartphone users use a headset, so in the package, there is no headset included. 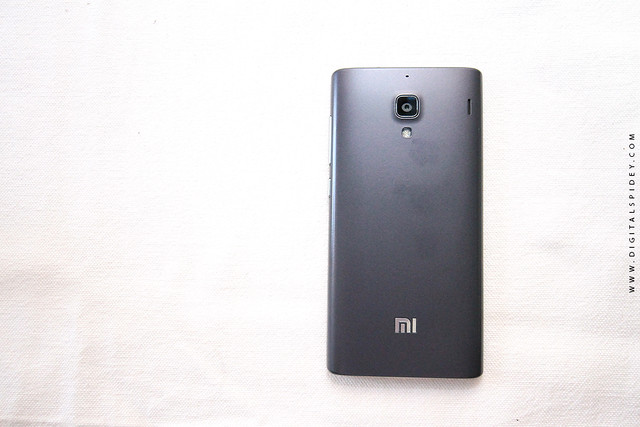 Build on a solid plastic casing, the Redmi 1S will not bend, I swear. The original back casing is has a curved on the edges making it more grip-easy. 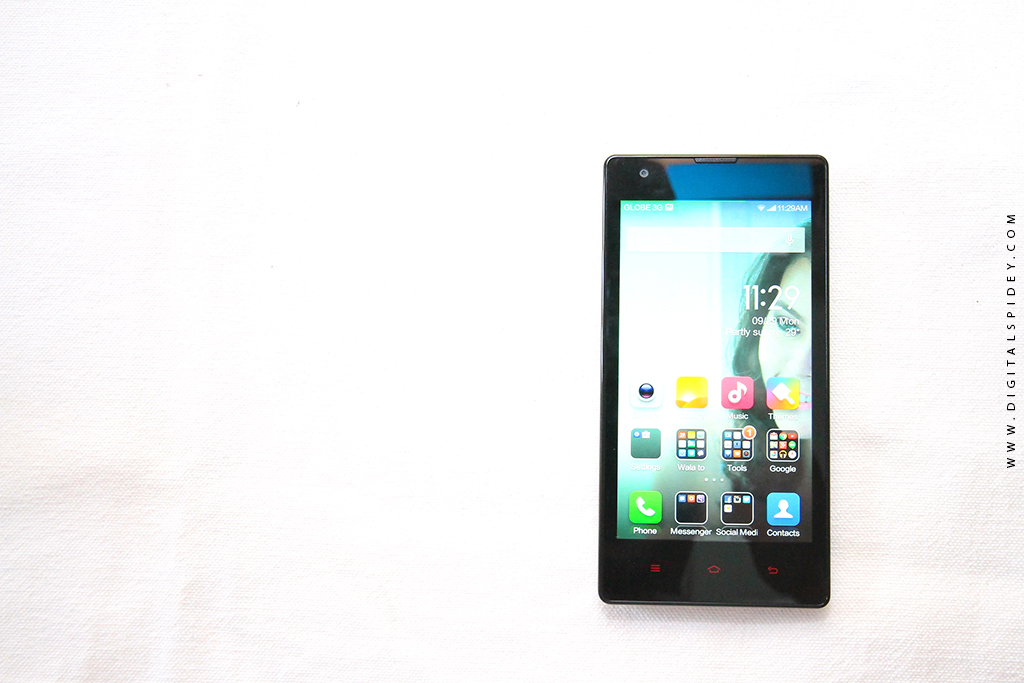 In front, you will find three capacitive buttons that only lights up during charging. The left-most button you find the menu button, the center is the home button and the one in the right is the back button. 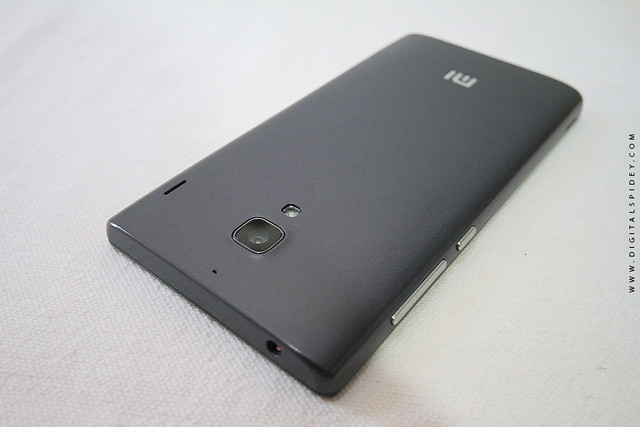 The top has the 3.5mm audio port, a mic for noise canceling is on top of the 8MP rear camera, to the right of the camera is that small speaker, while the power button and the volume rocker are all located on the right side of the phone. What’s left in the bottom part is the micro USB port.

The size of the Redmi 1S makes a perfect smartphone to hold in your hands. Not so big, bot so small. But if you are used to phablets, your eyes will have to train a little bit in order for you to get used to a small display.

Inside that hard plastic casing is a powerful 1.6GHz Snapdragon 400 MSM8228 quad-core CPU, 1GB RAM, and Adreno 305 GPU. The Redmi 1S is claimed by Xiaomi as an entry-level smartphone. But judging by its specifications, it is positioned in the mid-market category with a dramatically low price point.

The display is fluid and it is quite responsive. You will not experience any lag at all, and just like the Mi3 that uses MiUI on top of the Android OS, the Redmi 1S even on JellyBean performs very well.

Choking on a limited RAM — with only 1G RAM installed I experienced chocking. When this happens you have to clean up the cache or simply exit the the other apps that are running in the background. Redmi 1S will alert you once the RAM can no longer handle the processes.

Limited storage — With only 8G of internal storage, it is encouraged that you buy few more gigabytes using a microSD or else the default one will run out in a matter of time. In my case, I took around 400 photos, and about 10 video clips and the whole internal storage is gone.

This is my favorite part of the review. Because I am a photographer, I like testing cameras of smartphones. Redmi 1S did not fail me here. Even if it has only 8MP on the rear and 1.6MP in front, both cameras gave me really good results. Very nice colors, saturated, and sharp.

The panoramic shot is kind of disappointing to me because it only takes photos horizontally. Unlike the Kata M2, it can take pano shots in any direction.

To make it more realistic, here are the sample photos I took using the Redmi 1S. 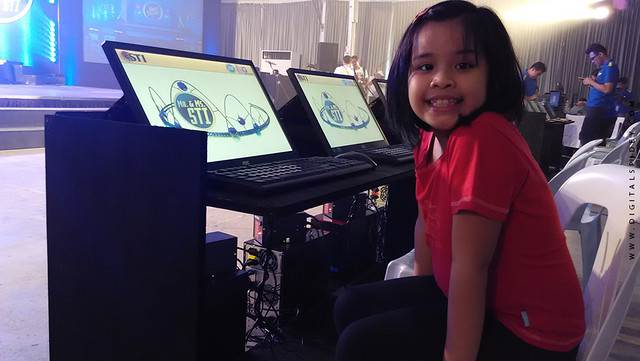 In this photo above, notice that the subject is against the light. But look at the red shirt of Pachi, it shows real color even on a challenging lighting condition. 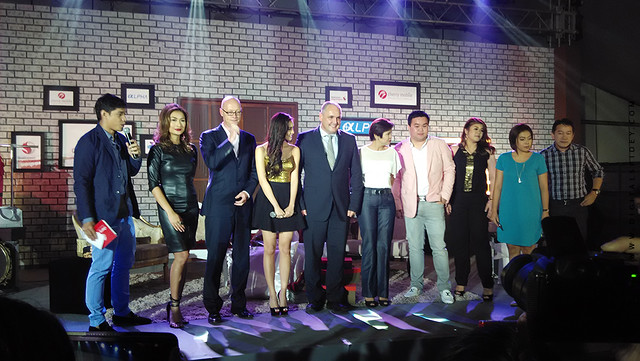 This photo above is taken during the coverage of Cherry Mobile launch of Alpha series. I was a few meters away when I took this. Look how sharp the image is. I like it.

Here are some close-up shots. You will like this phone if you are taking macro shots. 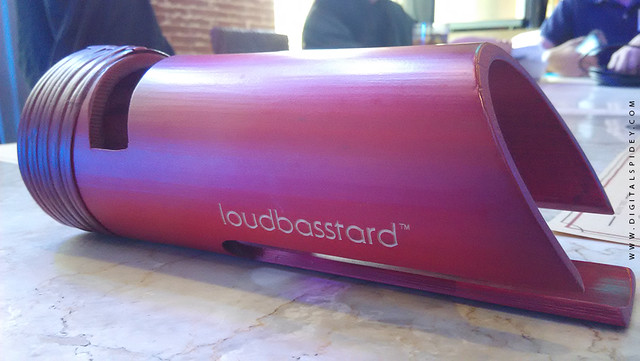 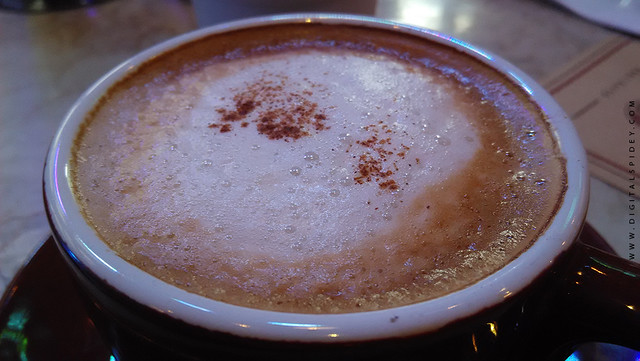 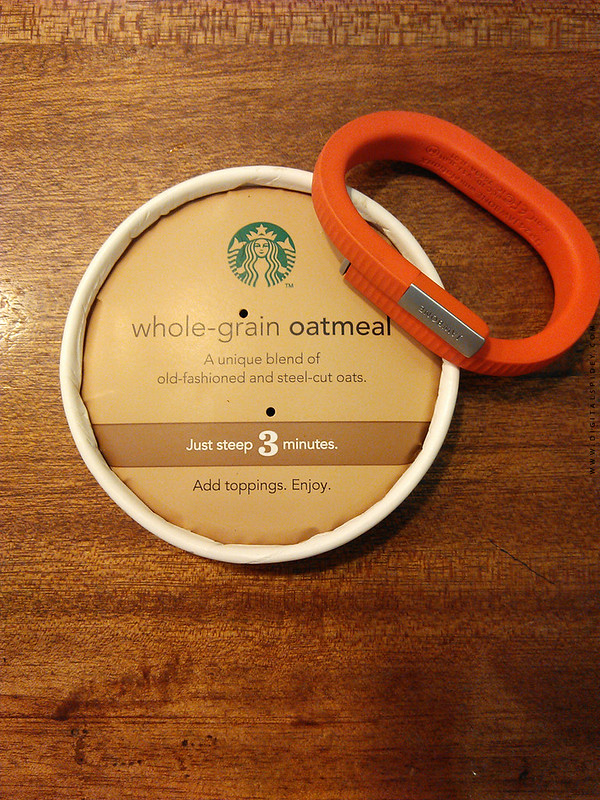 And in the video department, the Redmi 1S delivered well as if you are using a high-end smartphone. The 8MP performed like those phones with 13MP. Here’s a sample video I took from the Ms. Quezon City Diamond Jubilee’s beauty pageant.

Here’s shorter clip taken on a daylight in McKinley Hill.

The “Selfie” camera is likewise good. Here’s a sample selfie I took together with Zendee Rose Tenerefe, the “random’ singing girl in the mall who made it to the Ellen show in the US. 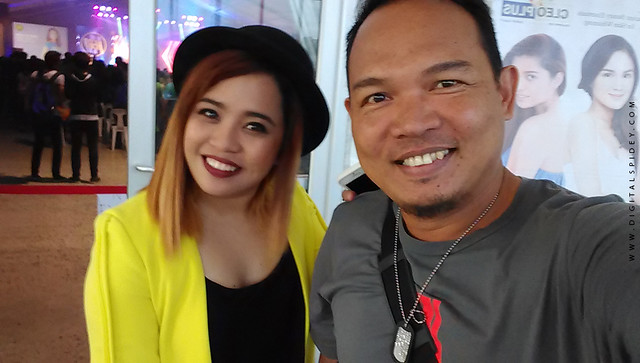 Video playback is outstanding given that Redmi 1S has OTG functionality. Just stick your micro USB flashdrive and it will work as an external drive. The stock SMS app has the same feature in the Mi3, pulling down the screen inside the messaging app will reveal the secret Inbox. You can protect that using a password. A feature is good for men and women that maintain more than one partner.

The Redmi 1S kind of failed me here. I can’t blame it fully because it has only 2,000mAh Li-ion Battery. When I turned on my data connectivity, the phone dies within three hours of use. However, on Wi-Fi network, it can sustain me up to 8 hours, even more. The battery problem can be solved by getting a 10,500 mAH Mi Powerbank from Lazada which only costs P649.

Conclusion
The Redmi 1S is one of the hottest Xiaomi phones currently because of its very affordable price point of P5,599. At this price, you enjoy a middle-end specification that can be used to quench your thirst on your daily social media needs, a camera that takes really good photos and videos. The solid build of the Redmi 1S gives you more confidence that it will not break easily. However, be prepared for the application crash and a few reboots. But these can be solved by the UI updates.

Catch the next flash sales at Lazada anytime soon. Don’t forget that you must be registered in Lazada’s site to qualify for the sale.

See also: 3 Steps in owning a Redmi 1S from Lazada

The Best Gaming Chairs you can find on Lazada