The Nikon Z series has been revealed in the Philippines.

This is how it looks.

Nikon regional executives told us that the Nikon Z6 is also arriving in the Philippines, but a little late this year.

The good news is, you can pre-order them right now.

Head on to their newly-opened Nikon Hub right at the heart of Glorietta Mall in Makati City. Or from any Nikon authorized dealers & partners nationwide.

They both have the same body, same buttons, same lens mount. The differences are on the megapixels, the ISO, and the price.

Both cameras come with 5-Axis Image Sensor-Shift for best image stabilization, 4K UHD at 30p & 1080 FHD 120p video recording. It has a 3.2-inch touch LCD which can tilt for situations when you need to do low shots.

The Nikon Z series has a new lens mount as well. Nikon calls it the Z mount. That means you can’t use your existing Nikkor lenses on to it directly. Nikon is prepared for this — they made the Nikon FTZ adapter. 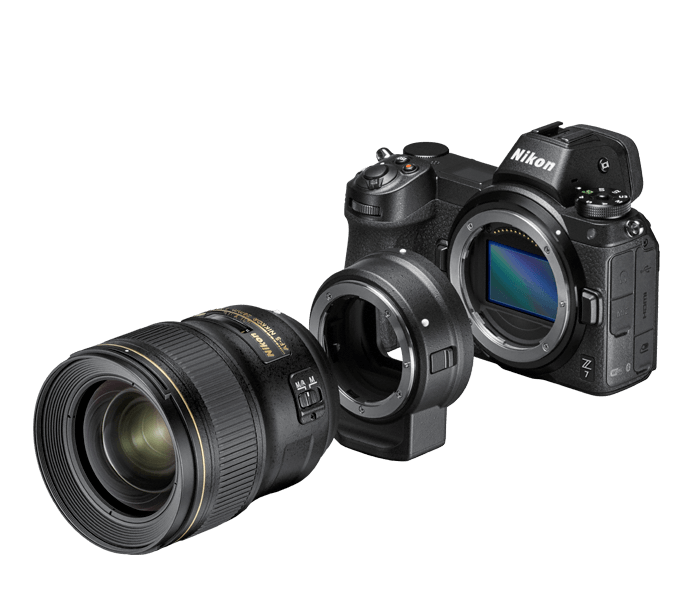 The Nikon Z7 with FTZ Adapter and a classic Nikkor lens.

It is not a bulky camera and thanks to the Mirrorless technology, it is as expected, a lightweight gear. Two of the Nikon’s brand ambassador told us during the launch that they liked how light their new Nikon versus their DSLRs.

Jaja Samaniego, a wedding photographer & Gabe Mejia, a travel & landscape photographer shared how they light the Z7 they were amazed when they did a field test.

There are twenty (20) new lenses lined up for the Mirrorless camera of Nikon.

I think this is Nikon’s way of assuring the public that they are serious in the Mirrorless cameras. That loyal users of Nikon can expect that the brand they are have been supporting is here to stay.

The new set of lenses is called the S-Line series.

The Nikon Z6, as we said, will come later this year is the best strategy made by Nikon. If they brought both cameras at the same time, the inventory of the Z7 could be moving slower than the Z6.

What do you think about the new Mirrorless Full Frame cameras of Nikon? Will do the switch, upgrade or remain using the current gear you have? Share us your thoughts in the comments section.

AirAsia and Nikon is in search for AirAsia Travel Photographer 2015