OPPO Philippines‘ latest midrange phone OPPO F9 is one if not the current most popular in the ball game. Let’s tell you why in this OPPO F9 Review article. Stay tuned.

Under the hood of the OPPO F9 is a Helio P60 octa-core processor with dual-core AI, a6GB RAM, and a 64GB storage plus an expansion of up to 256G thru the dedicated microSD slot.

I’d like to highlight that not all smartphone makers do what OPPO does to the F9 — a triple card slots. A real dual nano-SIM slots and a dedicated microSD. That means you can maximize everything. No compromise.

Also, the newly-designed notch can’t be left unnoticed on this device. The introduction of the “water drop” notch on the OPPO F9 proved that manufacturers can maximize the screen even more. 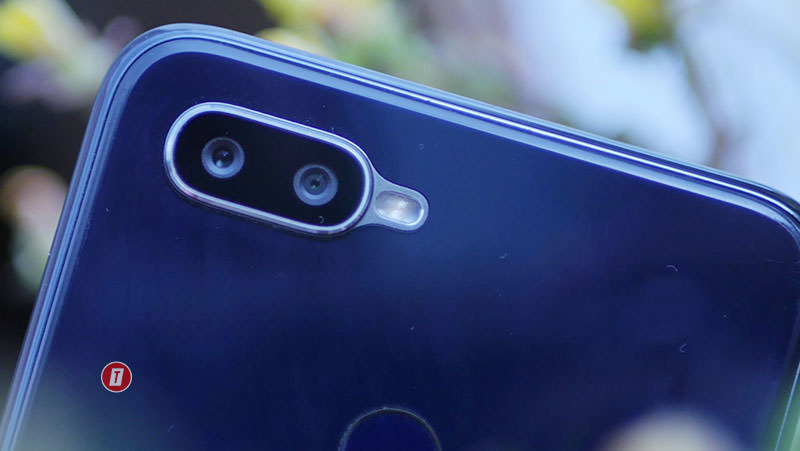 Lastly, OPPO F9 has the charging technology of a flagship device. It has VOOC, a super fast charging feature to be used on a midrange device. OPPO claims that you only need 5 minutes of charging and you can enjoy up to 2 hours of talk time.

The F9 has a whole new look, especially if you compare it to the F7. There’s a new notch, a better-looking, smaller and effect “water drop” notch which houses the 25MP front camera and a little speaker.

Also, the rear cameras (there are two now vs F7) with LED flash is a little bit protruding. This requires a transparent case, at least, to protect it from accidental scratches.

There are the usual two-piece volume rockers which have the same location as the SIM slot.

The power button is the right side. At the bottom, you’ll find the micro USB port, a noise-canceling mic, the speaker grille, and the 3.5mm audio jack.

There is an oblong-sized fingerprint scanner conveniently located at the back where the OPPO branding sits just right below it. 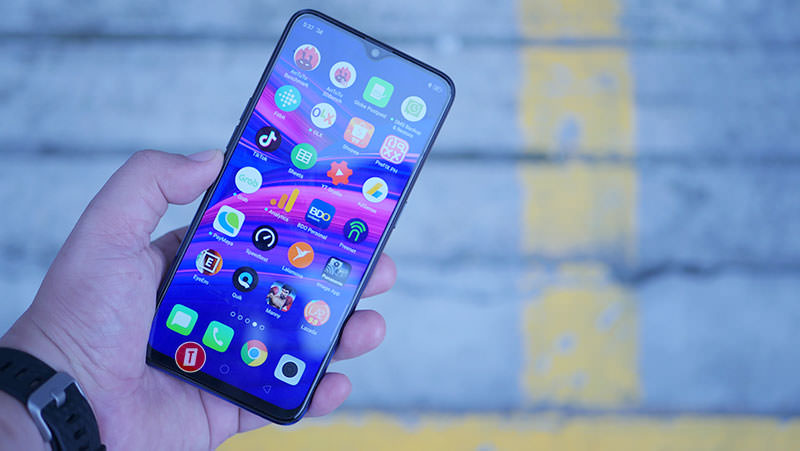 Holding the OPPO F9 is very smooth. Buttons are nicely placed, easy to reach with the hands including the fingerprint scanner.

The introduction of the new colors in the OPPO F9 makes it so unique versus the previous models and against the competition. 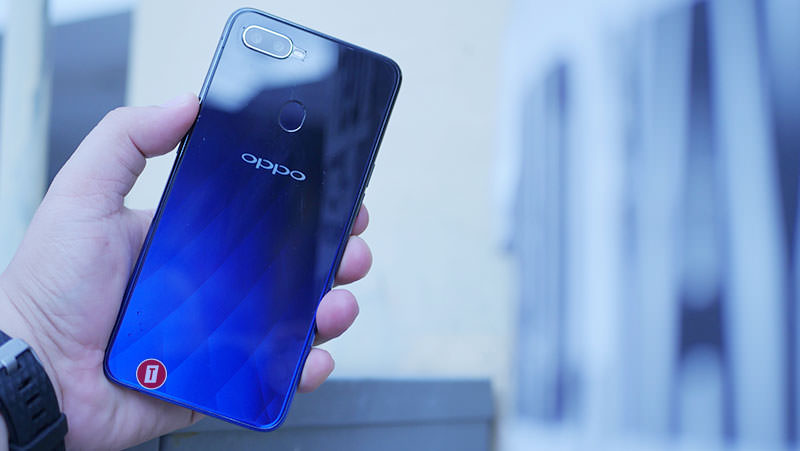 We got the Twilight Blue review unit while there other choices such as the Sunrise Red and Starry Purple.

The gradient pattern changes depending on what angle you are viewing it.

Overall, we find the OPPO F9 design and build to be great, really nice to hold in the hands and still very thin at only 7.99 mm. 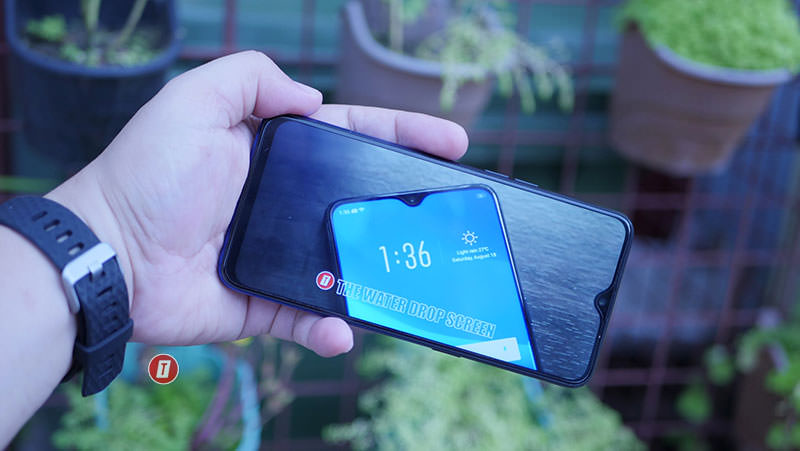 Media consumption is more enjoyable when you have a large screen.

Although the F9 has a full-screen display, there is still a noticeable black bezel that surrounds the display. It is even thicker in the chin area. However, it isn’t bad at all. 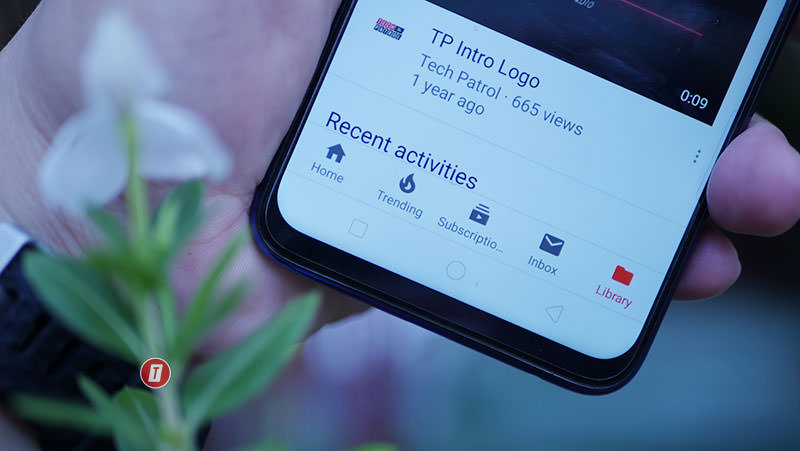 There are new viewing angle issues. The display is clear and crisp as usual. Audio playback is loud and clear. And since the birth of the notch, we got used to it already as if it does not exist at all. That means, OPPO made it right in introducing the “water drop” notch on the F9.

There are two cameras as the main shooter of the F9 – a 16MP f/1.8 + 2MP f/2.4 w/ PDAF and LED flash. The front camera remains to be 25MP but it is enhanced with AI Beauty Recognition and screen flash.

Let’s showcase to you what the OPPO F9 camera can deliver. 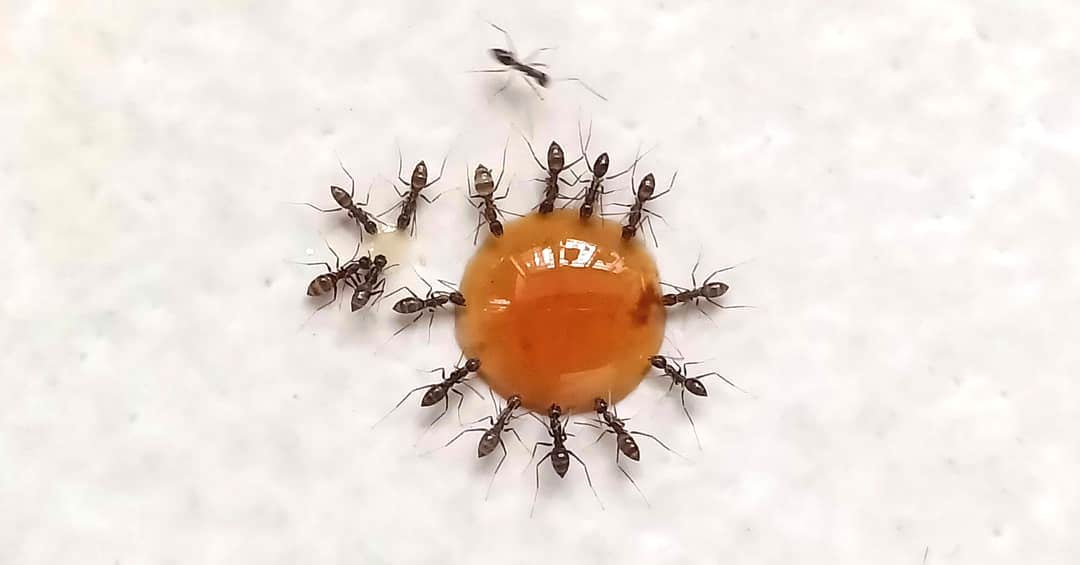 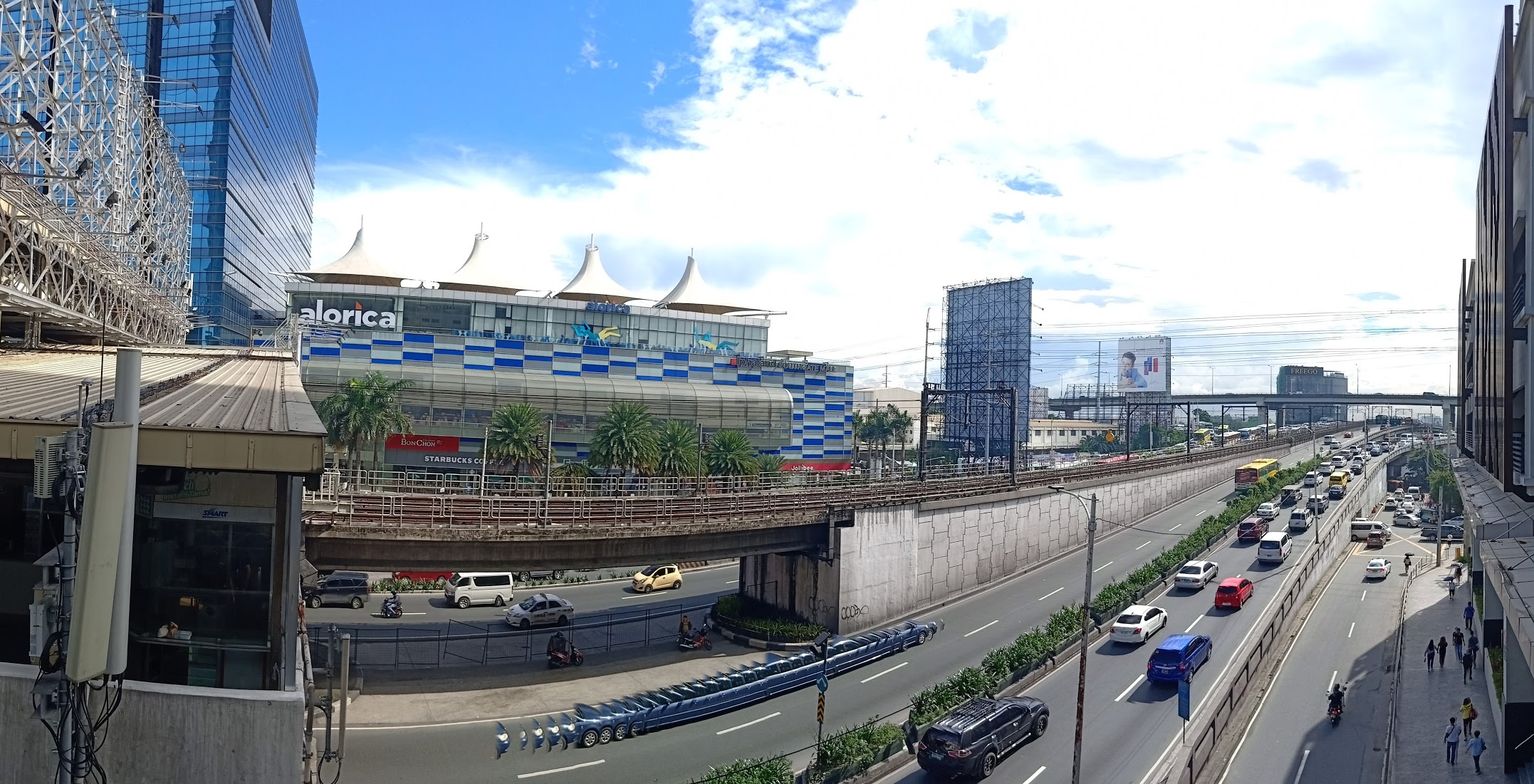 With these beautiful and impressive photos, you’ll get your money’s worth.

As for video recording, the F9 can record 1080p & 720P only. Just like any other midrange smartphone in the market, autofocus is disturbing. But if you know who to lock the focus, you’ll be fine.

This one ship with Android 8.1 Oreo w/ ColorsOS 5.2. If you’re a previous OPPO owner, you’ll be very familiar with its UI and software. Here’s how it looks.

Also, screen recording is now integrated much like the flashlight. You don’t need to download a separate app for these purposes.

OPPO also integrated a cool feature called Smart Slide Bar. This is similar to what Samsung did to their flagship devices. You swipe it to the center of the screen for easy access to pre-defined apps and tools. 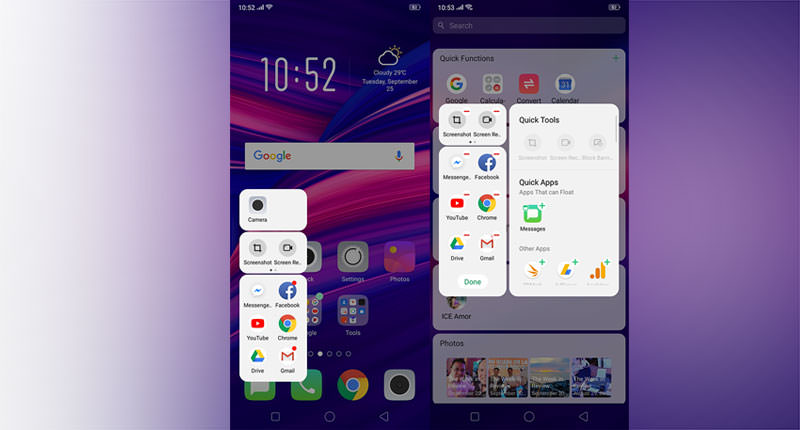 To configure it you need to do a long press and the slide bar menu pops-up.

Aside from the camera, the best feature of the OPPO F9 is the power management overall. It has a 3,500mAh which is equipped with VOOC flash charge.

As you know VOOC flash charge is OPPO’s quick charge technology which is available only on their flagship devices. They are not kidding when they said a 5-minute charge will give you a 2-hour talk time.

To fully charge the 3,500mAH battery, using the VOOC charger, you need at least 2 hours. It is really, really fast.

This is one of the winning features OPPO included in the F9.

The OPPO F9 is without a doubt a better version of the F7. Plus there’s a lot to be thankful to OPPO when they incorporated the VOOC flash charge feature on this device. 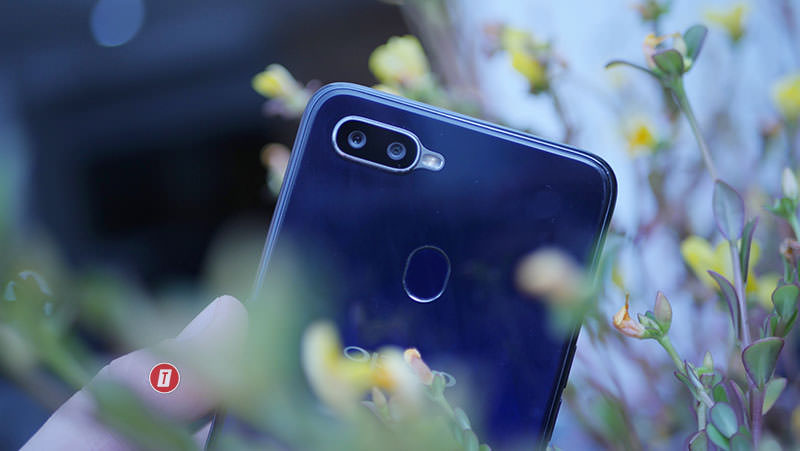 The new notch with water drop design is a better upgrade. The gradient colors added life to the phone itself. 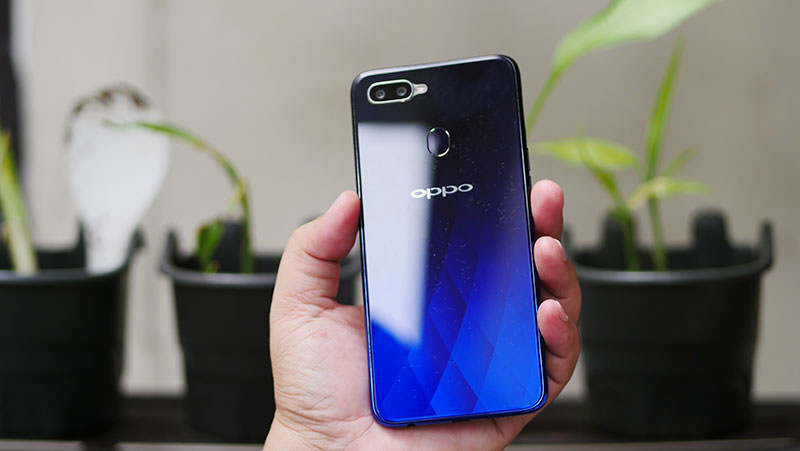 The only issue, I would say, is the pricing and the interval of launching midrange devices in a year’s time. The OPPO F7 is relatively new, while its price is now reduced to P14,990. Those who already bought the F7 are surely dismayed of this new phone with a price tag of P17,990.

But if you skipped the F7, and you have the budget to spend, you’ll not regret getting the F9.

Fingerprint scanner & Face Unlock features works perfectly without any issue at all. You can even set the primary security to Face Unlock and you will never worry about your phone’s security.

Here’s our unboxing video for your appreciation. Also, note that OPPO F9 Pro is the same as the OPPO F9 released in the Philippines.

MetroPCS is now Metro by T-Mobile