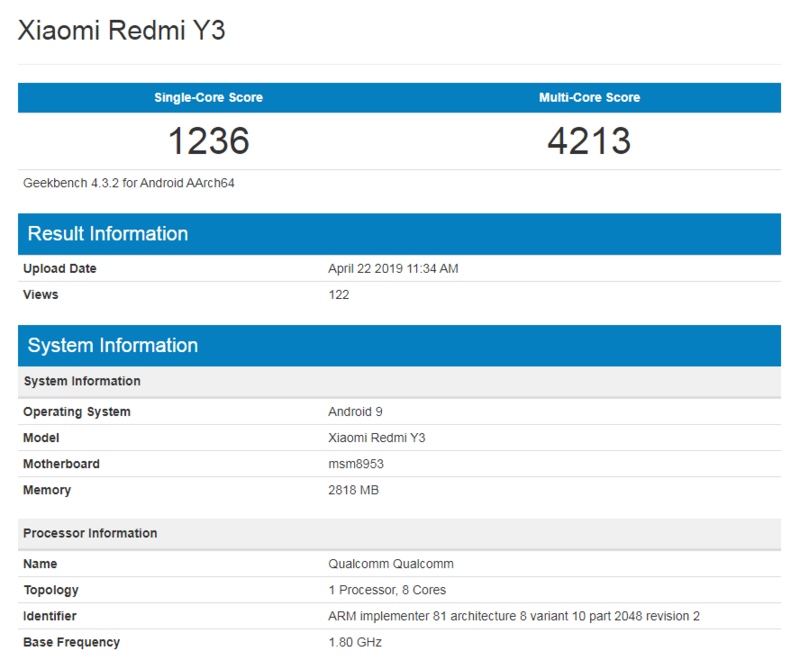 The Geekbench list shows a device that uses a chipset with the code name msm8953 of Qualcomm, which is the internal name of the Snapdragon 625. This code had already appeared on the platform for the Redmi 7. However, when the Redmi 7 released on the market, it came on board with a Snapdragon 632. So it is likely that Redmi also updated the chip for the final model. Also, if we take into account that the company used this same set of chips for the Redmi Y2 phone.

In addition, the Geekbench list reveals that the Redmi Y3 will be equipped with 3 GB of RAM and will run Android 9.0 Pie as the operating system. We see in the list that the device obtained a score of 1236 points for the single core test. While, for the multi-core test, it obtained 4213 points. 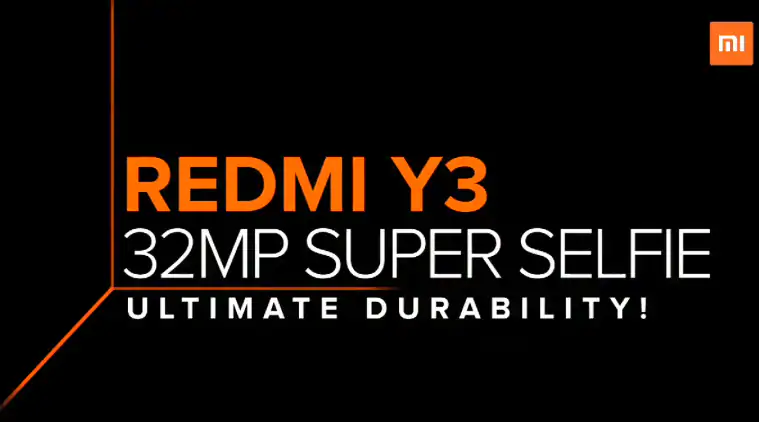 The information of the specifications with which the Redmi Y3 will arrive is still scarce. Some rumors suggest that it could come with a battery of 4,000 mAh and that it will use a sensor ISOCELL Bright GD1 of 32 megapixels manufactured by Samsung.