Inside the Geekbench database, what has just appeared in a few months should become Google’s next top range smartphone, or the Pixel 4 XL. The results of the benchmark are not limited to revealing the performance of the system, but anticipate the technical specifications chosen by Google. 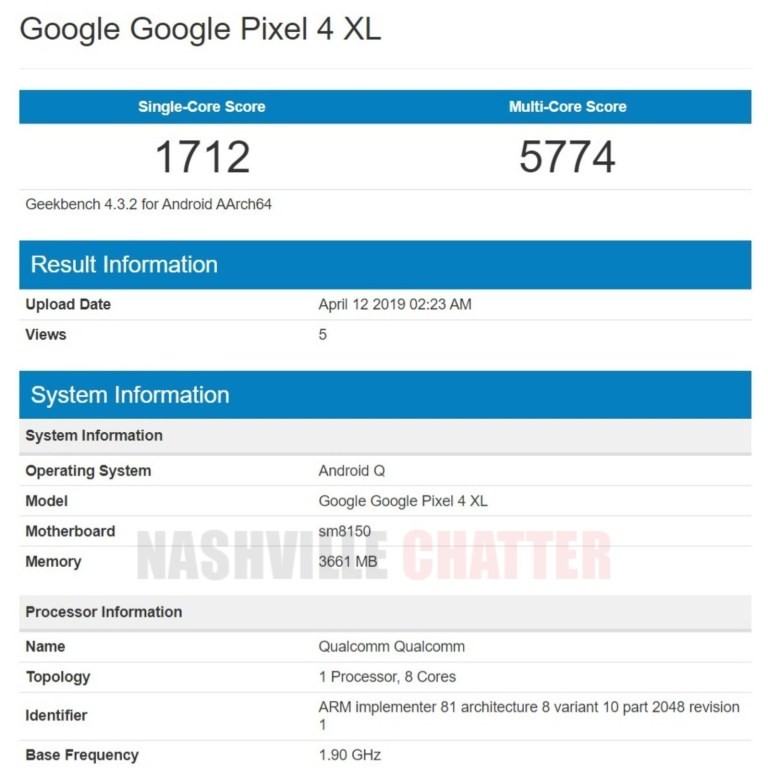 Data recorded on the Geekbench platform suggests that Google would have chosen the Snapdragon 8150 mobile platform on Pixel 4 XL, which should be attributable to the Snapdragon 855. The operating system will obviously be the not yet announced Android Q, but of which the first Beta have already been released.

From the performance point of view, although the developers undoubtedly still have a lot of work to do, the smartphone was able to get a score of 1712 in the single core tests, while in multi-core it reached 5774 points. Ultimately the choice to adopt the Snapdragon 855 as a SoC is certainly not a surprise, but it is a bit more to see that the device used in the tests has “only” 4GB of RAM .

In this regard, we recall that previous leaks revealed the code names of Pixel 4 (Coral) and Pixel 4 XL (Flame), and that other rumors dating back to January suggested the use of 6GB of RAM in the basic model of the new Pixels.