It has been on everyone’s lips for a few weeks that Redmi is preparing a high-end with Snapdragon 855, the first as a company that operates independently of Xiaomi. The device is pseudo-confirmed, although we still do not know what its final name will be. The CEO at the moment calls Redmi X as a code name.

However, little by little we get to know details firsthand. This time they come from Lu Weibing, the CEO of Redmi, who has spent the last few days on Weibo giving some details and discarding some other false image. The last thing: the fingerprint reader would be under the screen, besides suggesting that it would have a great smartphone. 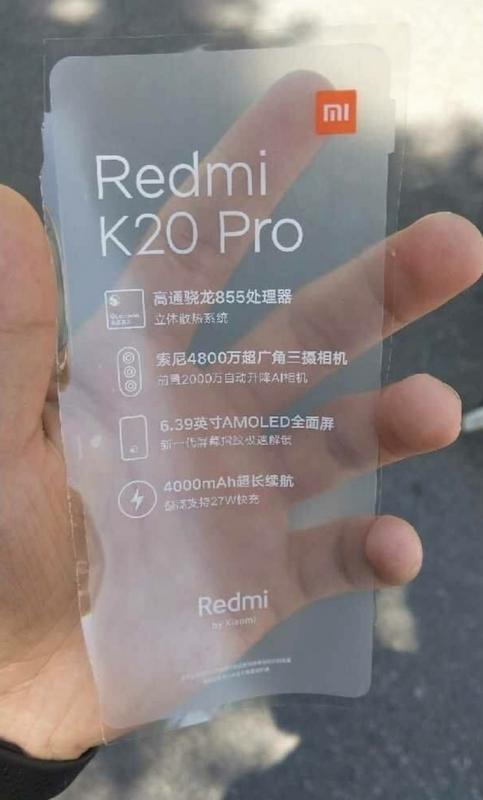 Subtle, or perhaps not so much, Lu Weibing has given us two details “camouflaged” in a publication on Weibo where he says that after a whole day, “the device is very satisfactory, above their expectations.”

To illustrate it shares the following screenshot (with 47% battery), although the most notable is the fingerprint icon, which usually means that the fingerprint reader is just under the screen.

There were doubts whether Redmi would bet on the fingerprint reader on the screen, as Lu Weibing himself had previously said that the technology “is very expensive”, but it seems that finally it would be available in the high range of Redmi.

This would coincide with another recent leaked of a supposed screensaver of a Redmi device. Take this with special caution, because there are versions circulating with different names like Redmi P20 Pro, Redmi X20 Pro and Redmi K20 Pro, although the latter seems, in principle, the original.

The name can be this or not, but it is also specified in it that it would have Snapdragon 855, 48MP triple rear camera, 6.39-inch AMOLED screen , 4,000 mAh battery and integrated fingerprint sensor on the screen.

The phone itself we have not seen except vaguely in a video teaser published a few days ago. In it, the front part of the smartphone and the retractable selfie camera are vaguely seen, which is all we have confirmed of its design.

Other data that Lu Weibing has been releasing is that it will have NFC , and probably will continue to drop crumbs from here to the announcement. We also do not know when it will be exactly, although the dates of May 13 or May 20 are considered, so there is not much left to leave doubts.