The new Galaxy A40 is part of the all-new Galaxy A series, with which Samsung aims to target young people of the Generation Z, in particular. In terms of features, the Galaxy A40 especially scores with its 5.9-inch Super AMOLED display, the powerful Exynos 7904 processor and a 25-MP front camera for, particularly high-resolution selfies. 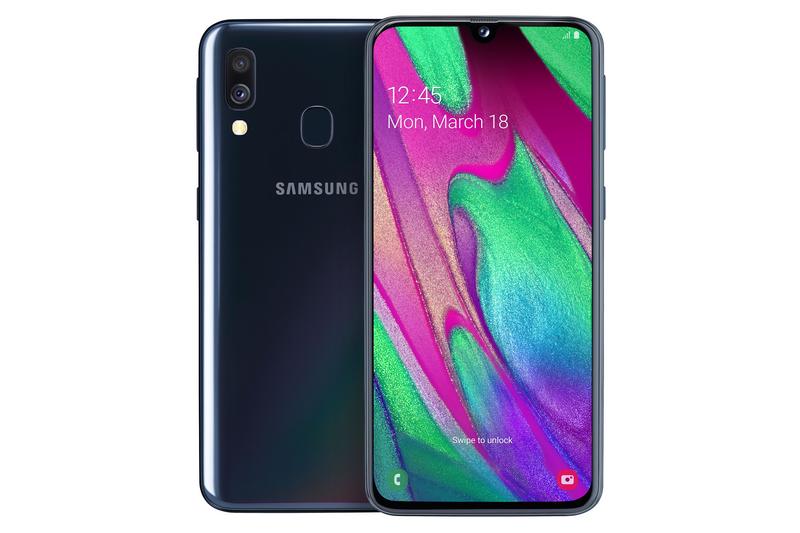 From the Galaxy A10 to the Galaxy A80, Samsung’s new A-series contains a total of six smartphones, all of which differ in technical features, but are intended to serve the same target group: the Generation Z, according to the company, especially good displays, great cameras, and high-performance value. The Galaxy A40 is the link between the entry-level Galaxy A20e and the more expensive Galaxy A50.

The display resolution in the Galaxy A40 is 2340 x 1080 pixels and thus having a Full HD+ resolution. The screen is interrupted at the top by a “notch” in which Samsung has placed the front camera. The image ratio is elongated at 19.5:9, which should benefit the handling of the smartphone. The Super AMOLED technology ensures bright colors and great black levels. Everything is packed in a plastic housing.

Two cameras have the Galaxy A40 on the back. A 16MP sensor with f/1.7 aperture for standard shooting and a 5MP lens for ultra wide angle images. On the front, there’s a 25 MP strong camera housed, which should guarantee excellent selfies.

Inside the Galaxy A40, Samsung has used the Exynos 7904 – an eight-core processor that has a maximum clock speed of 1.8 GHz. The chip is supported by 4 GB of RAM and 64 GB of internal memory, which can be expanded via microSD slot.

The Galaxy A40 is available in the colors: blue, white, coral and purple.

Samsung Galaxy Fold sold out in PH after pre-order