OPPO is now loved by the vast majority of Filipinos.

For the first time, the global brand from China has beaten the local favorite Cherry Mobile.

This report is a reconfirmation of what was announced by OPPO during the grand launch of OPPO R17 Pro where Ms. Jane Wan, VP of Marketing announced that OPPO made it to the number 1 spot.

We found the report by Canalys and it confirmed that the 3rd Quarter of 2018 was dominated by OPPO. 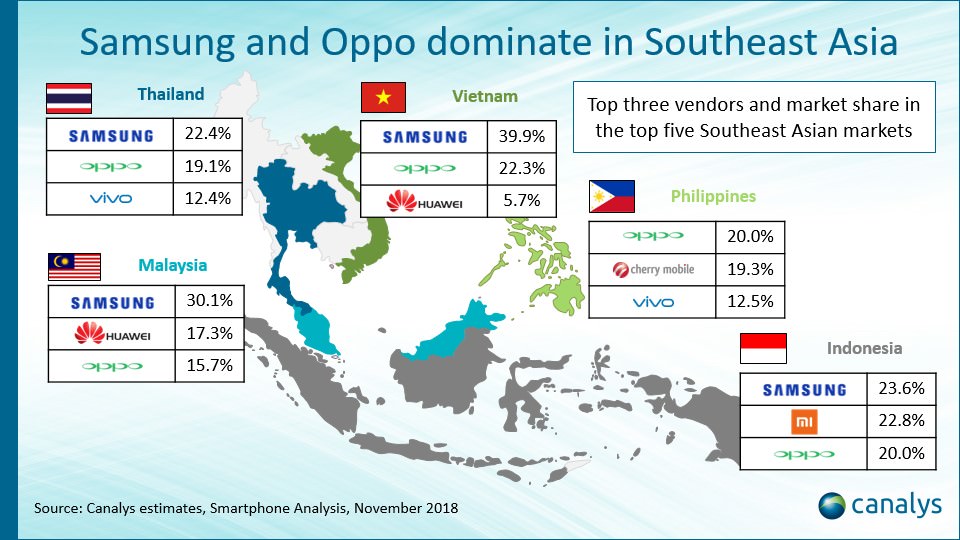 This report came with little note that sales in the country dropped by 3.1%. But the PH still did well as the other countries dropped even more – Vietnam and Thailand plunged 17% and 20% respectively.

The other countries recorded growth. Malaysia grew 5.3% to return closer to pre-2016 levels, while Indonesia had the biggest increase, at 13.2%

“Oppo’s performance was most notable, as it was the only vendor that appeared in the top three in all five of the largest markets,” said Research Analyst Jin Shengtao. Its best performance was in Philippines, where it overtook local king Cherry Mobile to lead for the first time with a market share of 20%. Samsung, on the other hand, is facing massive difficulties in maintaining its leadership in the region, which has been among its brightest spots worldwide for the last two years.

In addition to this OPPO has dominated other Southeast Asian countries like Indonesia, Vietnam, Thailand, and Malaysia. 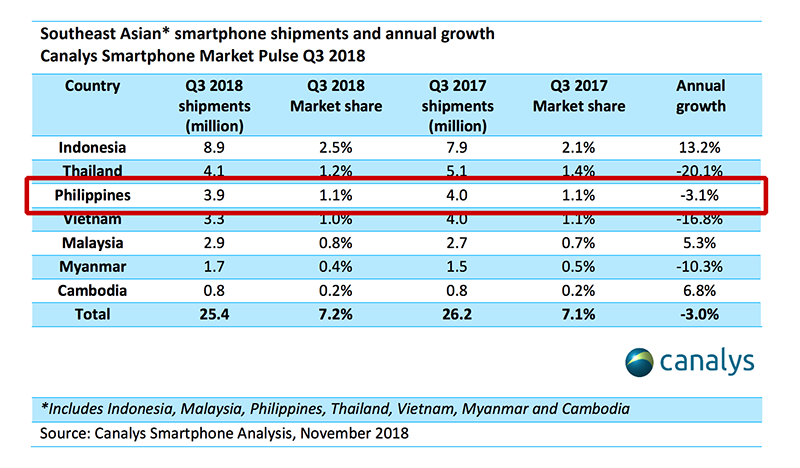 Despite the 3.1% decline in shipment, the Philippines remained to be a strong market in the region compared to Thailand, Vietnam, and Myanmar.

The top vendors in Q3 2018 are Samsung with 5.8M shipment and OPPO with 4.8 million units shipped.

The iPhone XR is now available in the Philippines

Smart Padala is now the largest Mobile Remittance with over 26,000 Partner Agents