The traffic situation in the Metro is getting worse by the day. Gone are the days that we say “Don’t go out of Friday, traffic is worse. Or, let’s go home past 6PM, after the rush hour“. Today, every day is rush hour.  For car owners, not only the traffic adds a headache to their daily ride, the cost of parking fees are becoming expensive as well.

That’s why when TNVS became popular, Grab specifically, we saw hope. Driving to you meeting became less stressful. By pulling out your smartphones and a few taps, you arrive at your destination like a VIP.

However, there is a supply and demand crisis today.

Right now, LTFRB limits the number of drivers who serve you.

The number of drivers on the road is covered by their masterlist of 65,000 cars, of which 10,000 have NOT yet been opened. This is a FIXED list where registered cars cannot be replaced if they are not being used. This list has not been updated since July 2017, and assumes that demand has not changed since then.

This means, NO additional cars. Drivers who stop driving cannot be replaced. Getting a ride will be harder than ever.

We know that LTFRB announced that they will start accepting cars not in the masterlist, but this is not enough.
We need consistent and urgent action. We need to remain vigilant.

Let your voices be heard.

The challenge for the TNVS riders to get a booking, most especially during peak hours is becoming a nightmare.

The reason behind is that the government agency handling this limits the number of TNVS drivers. 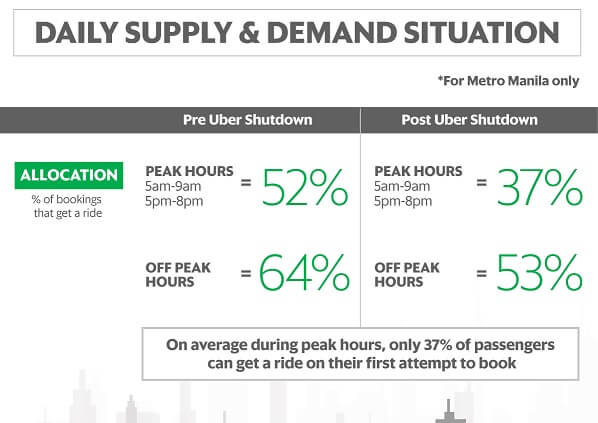 As a result, Metro Manila is facing a looming supply crisis. More passengers are waiting for long hours and worse, many are getting stranded on the road because they could not get a ride especially during peak hours.

Given all these figures, the riding public need Grab and other TNVS, to make commuting easy & accessible, in Metro Manila and other fast-growing cities of the country.

And LTFRB, the government agency that handles this case, should help to improve the transport system by working side-by-side with TNVS.

How much is the Samsung Note 20 Ultra 5G on Smart Postpaid Plan?

Find your next home with Ohmyhome mobile app