The ASUS Republic of Gamers launches a variety of gaming laptops, and one of them is the new Chimera G703. The New ROG Chimera G703 features the same most-loved bio-armor design with quad-vents as originally launched in 2017 but now feature more cores and more compute power. The G703 can be configured with up to a Core i9-8950HK processor, 64GB of ram, 2TB of HDD coupled with 512GB of PCIEx4 NVME SSD and a discrete Nvidia Geforce GTX1080 with 8GB DDR5X RAM. 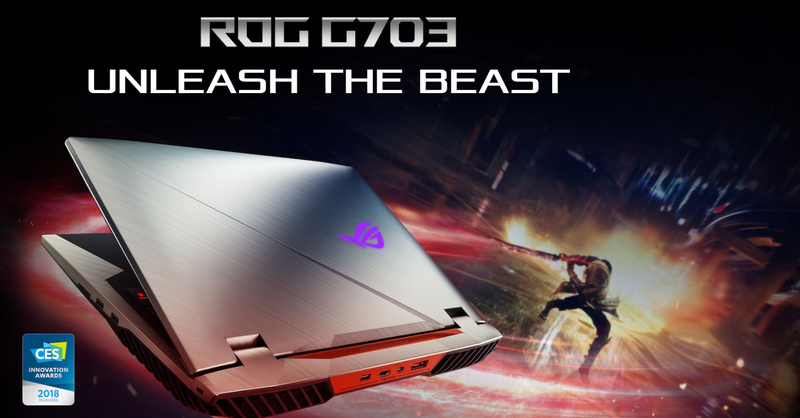 Further, the G703 is still the world’s first gaming laptop to feature 144Hz refresh rate, paired with a 100% sRGB IPS Panel and G-Sync. On the keyboard side, each individually backlit key now features ASUS RGB Aura Sync so you can sync it with other products from the company which is compatible with the Aura SDK. Other upgrades include a new 12V fan for higher fan speed and 45% better airflow, matched with thicker fins for better airflow resistance.