Huawei is quite serious about putting technology work together on their smartphones. The Huawei P20 Pro is a working piece of technology that is aimed towards the professionals. That’s why this big brother of the P20 and P20 lite has that “Pro” in its name.

The buzz is all about the triple camera system that is from Leica. Plus, in today’s flagship devices, only P20 Pro has the largest camera sensor, having 1/1.7 inches, way bigger than Samsung’s Galaxy S9 and Apple iPhone X. 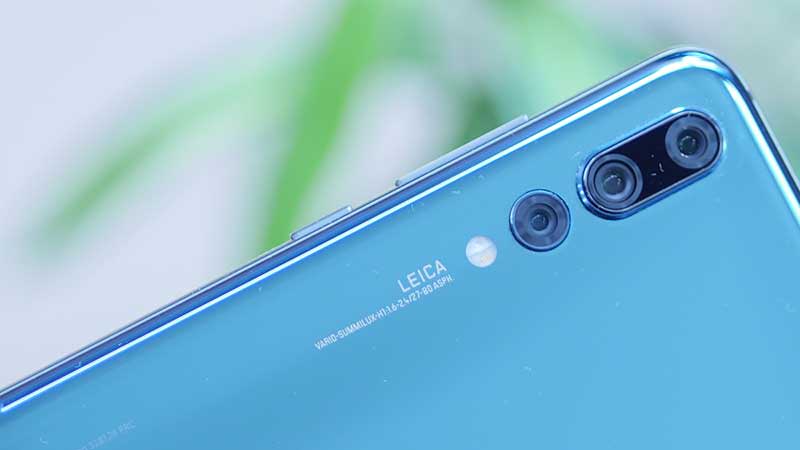 That three camera includes a 40MP RGB, a 20MP monochrome, and an 8MP 3x telephoto lens that works in tandem intelligently.

Huawei really wants you to ditch that digital camera and just bring this device with you and do your mobile photography thing, period.

The front camera is quite important as well. We need to document all selfies in all occasions, right? So the P20 Pro is equipped with a 24MP camera with  f/2.0 aperture.

Also, there is a massive 4,000mAH battery so that you won’t run out of juice while shooting with the P20 Pro.

If performance is your concern, the P20 Pro is powered by 2.36Ghz 64-bit HiSilicon Kirin 970 octa-core chipset, 6GB of RAM and a 128GB of internal storage.

Let’s find out how good this smartphone in this review. Sit back and relax.

Let’s start the ball rolling by examining the overall design of this flagship device.

The former model, the P10 Plus is relatively bigger than the P20 Pro, thanks to the super thin bezel and the 19:9 aspect ratio of the P20 Pro. It has a 6.1-inch display but it feels like a 5.5-inch device when you hold it. 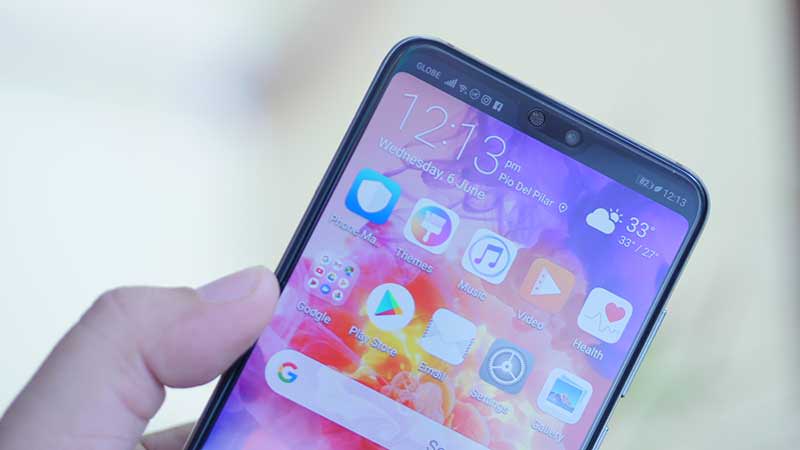 The one thing we did not like in the P20 Pro is the implementation of the fingerprint scanner on the chin of the phone. 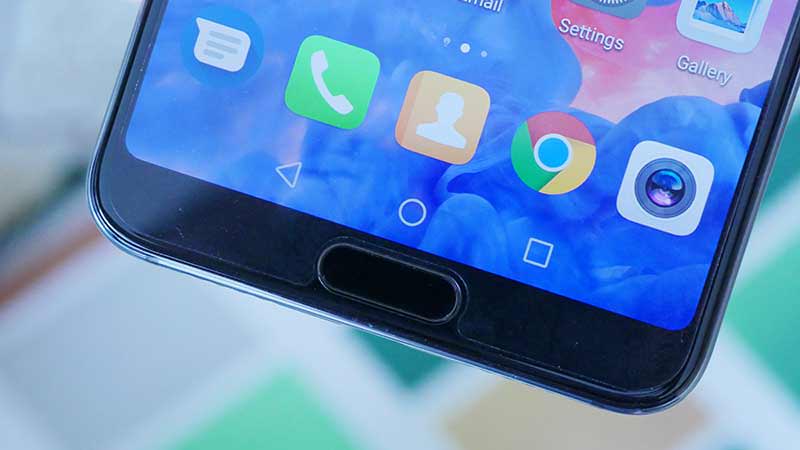 By having the fingerprint scanner on the chin defeats the purpose of having to achieve a bigger screen real estate.

This device is also made of all glass (back and front) and a metal casing which makes it sturdy. Having said that, you will surely accumulate lots of fingerprints on the back of the phone.

But the free casing eliminates this issue. It also solves the issue of the protruding rear camera. It will be less prone to accidental damage with the free case installed. 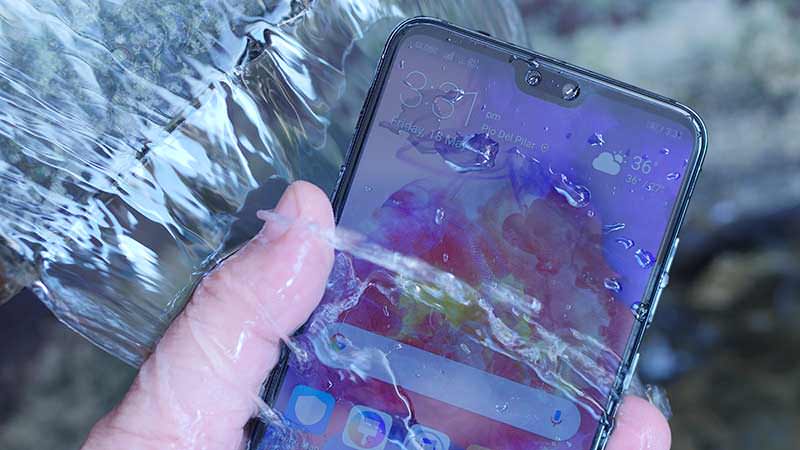 Alo, since this is a flagship device, Huawei did not forget water & dust resistance. Your high-end device is well protected if you accidentally submerged it on water. It can stay there for half an hour without dying, so long as it is only 1 meter deep. It is also dust resistant.

The good thing about having an IP67 certified device is, you can literally wash it with running water. Don’t worry, we’ve tried that several times.

The review unit we got from Huawei Philippines is the midnight blue. To give you an idea how it looks like in the flesh, here’s an animated photo of the device.

To let you not worry about putting the charging cable the wrong way,  Huawei continued the implementation of  a USB Type-C on this phone.

What was ditched by Huawei is the 3.5mm jack. But the retail box comes with a headphone that uses USB Type-C connector. There is also an adapter that comes in free should you want to use a third-party headphone with 3.5mm connector. Problem solved.

The controversial notch has been adopted by Huawei, but there is a way to turn it off. But when you do, other portion of the apps that are not optimized will disappear. Just leave the notch as is, after some time, you’ll get used to it. If you turn off the notch though, the bezel will look thicker.

We don’t know what kind of speakers they installed in the P20 Pro, but it has a crisp and clear audio. Both on loudspeaker playback and voice calls for that matter.

To be more specific about audio playback, the P20 Pro’s audio is more pleasing and clear when playing in landscape mode. That is because the bottom-firing speakers get amplified thru the palm of your hand.

Lastly, there is an IR blaster on the P20 Pro. The pre-installed app has a list of famous brands of TV, AC, camera, set-top box, project and DVD players. With few steps to configure the app, then you have the most expensive working remote control in your home.

The phone is shipped with Android 8.1 Oreo out of the box while the custom UI by Huawei called EMUI version 8.1 is the one manning the whole show.

By default, there is app drawer present. That means that you have to arrange your own apps into your own liking. 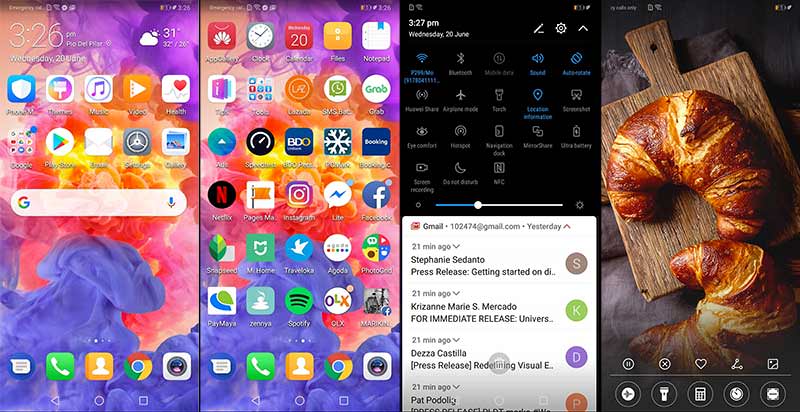 The default layout is fine with us so we just keep it that way. But in case you want the app drawer style, you can go to Display Settings and tweak it from there.

What I like most about the software on the P20 Pro is you can search and get a quick answer. 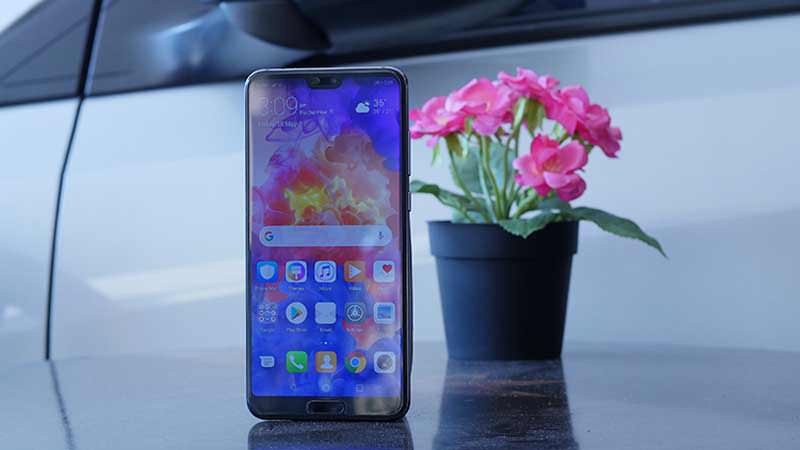 For example, I want to remove the notch, I just pull the screen from the top, type “notch” in the search bar and then bingo! Very convenient.

Now, if you missed the “Always On” display on the LG and Samsung devices, you can have it too with Huawei P20 Pro.  You can customize the time when the “Always on” display appears on the screen.

If benchmarks are your favorite source for information about smartphones, the P20 Pro did not disappoint us. In Antutu, it scored 206,913. One of the highest in the chart today.

Here are the rest of the benchmark test results.

To make it efficient, there is a Mali G72-MP12 GPU and a dedicated Neural Processing Unit that handles AI-specific works.

Based on actual experience, after weeks of having the P20 Pro as our daily driver, all other smartphones are already slow.

Huawei spent a lot of time in developing both the software and hardware in the P2O Pro. They put a lot of research and a solid partnership with Leica to deliver a real flagship that is the P20 Pro. 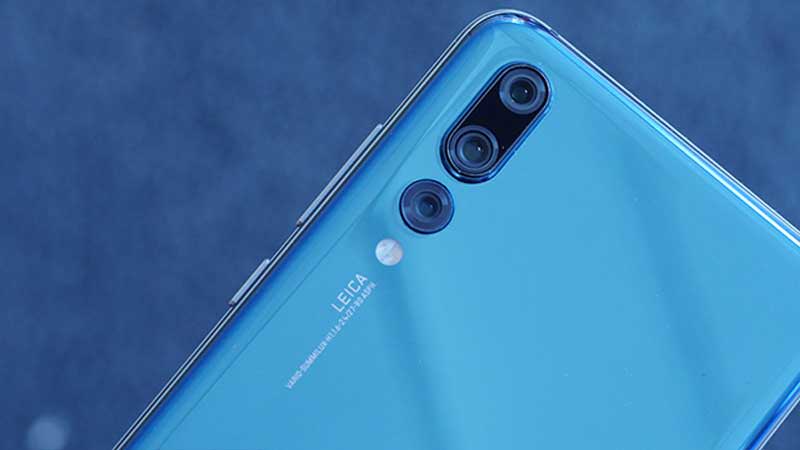 The camera app by Huawei has almost everything you need, mobile photography wise. Everything has been pre-configured so to speak, you just need to choose what mode you want, point and shoot.

By default, the AI (Master AI in the camera setup menu) is turned on. Most of the time, I advise you to turn this off because it is quite aggressive.

Here’s the camera UI settings menu. This will give you an idea which ones you need to turn on and off. 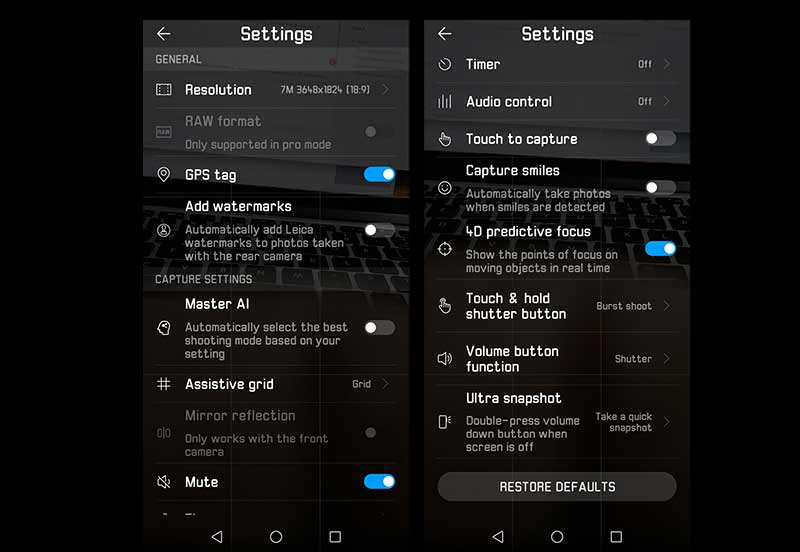 For specific kind of photo you want to shoot, the on-screen menu is there to help you. For example, if you want a portrait shot, swipe to left and choose portrait. The portrait mode has its own options to choose from too. Explore it and you’ll find some more settings that will suit your need. 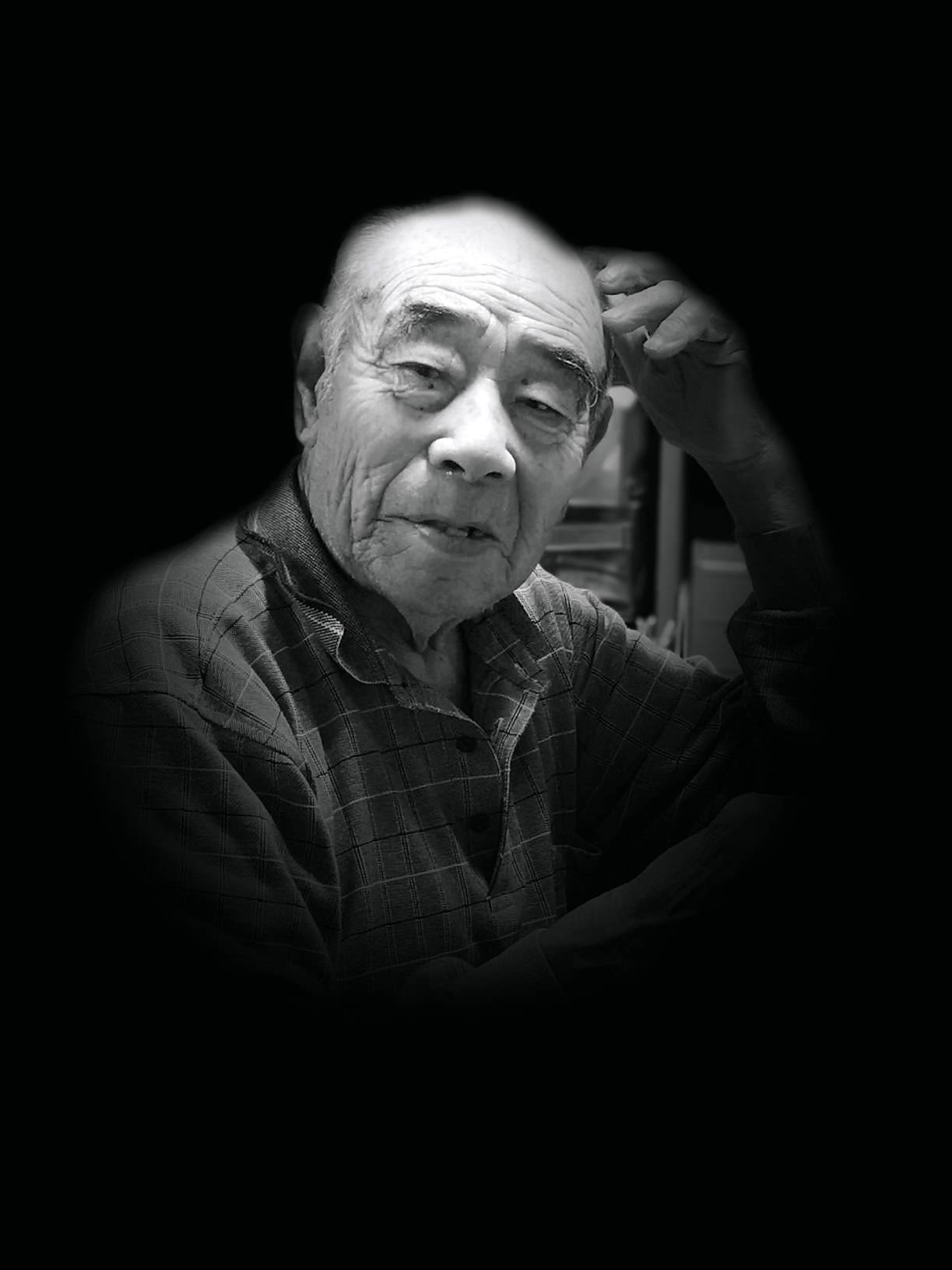 For example, in this shot, I chose the “Classic Lighting” under the Portrait mode. It automatically turns the image into black and white and put an artificial light on the subject. 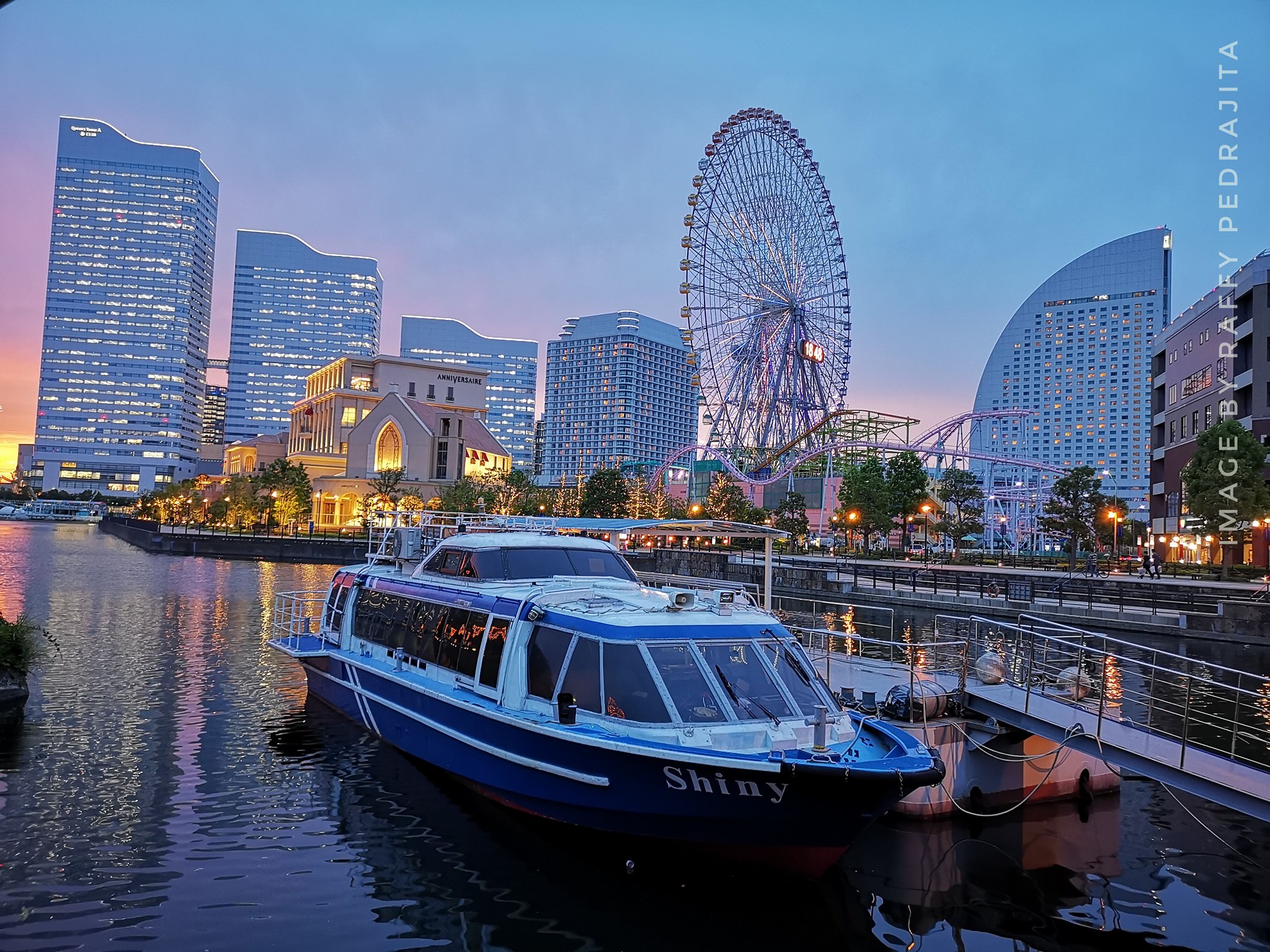 The night mode is what amazed me the most. This output is a combination of software and hardware working together. Other smartphones can’t do this without the help of a tripod. 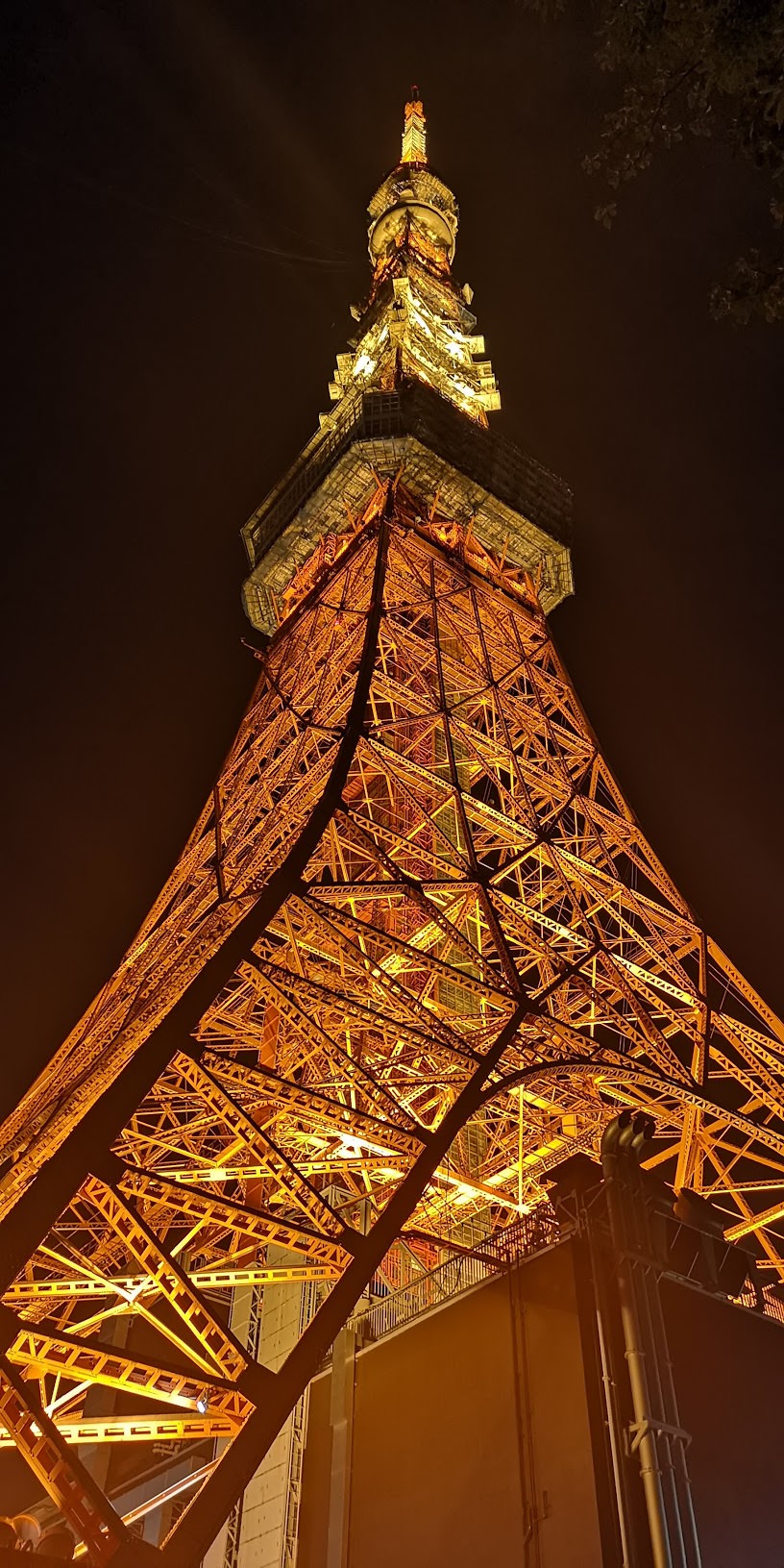 I don’t have to explain my self how good the camera of the P20 Pro is. These images will prove it. 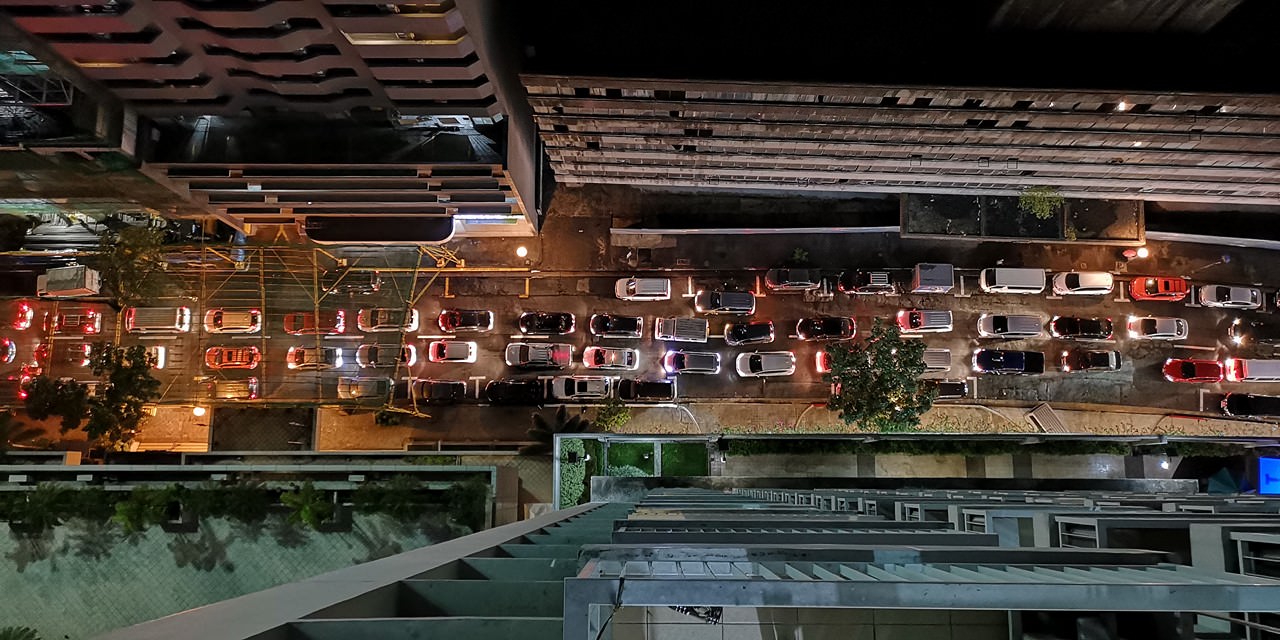 And what about the 10x digital zoom? Is it just a marketing gimmick by Huawei? Let’s see. 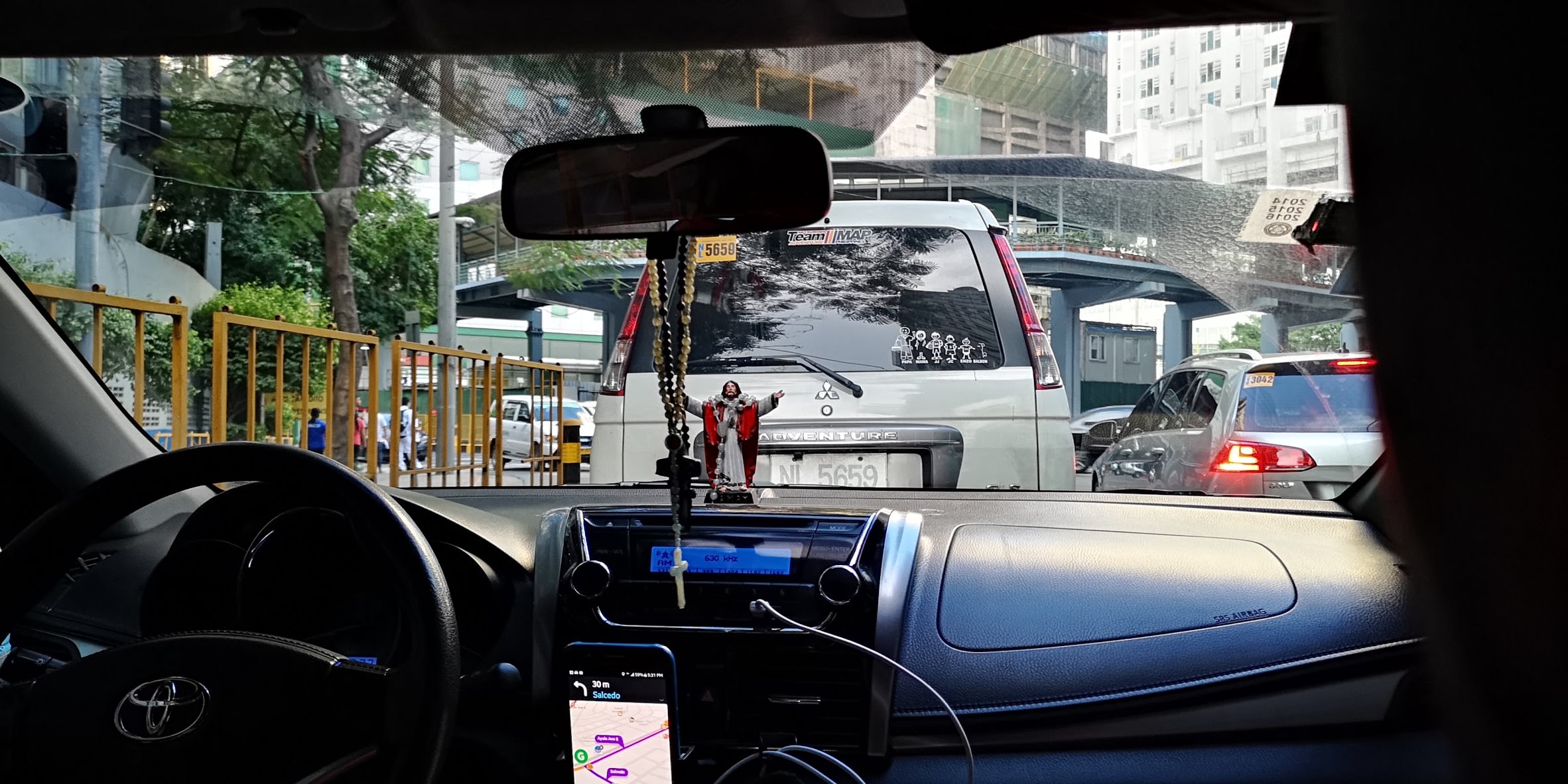 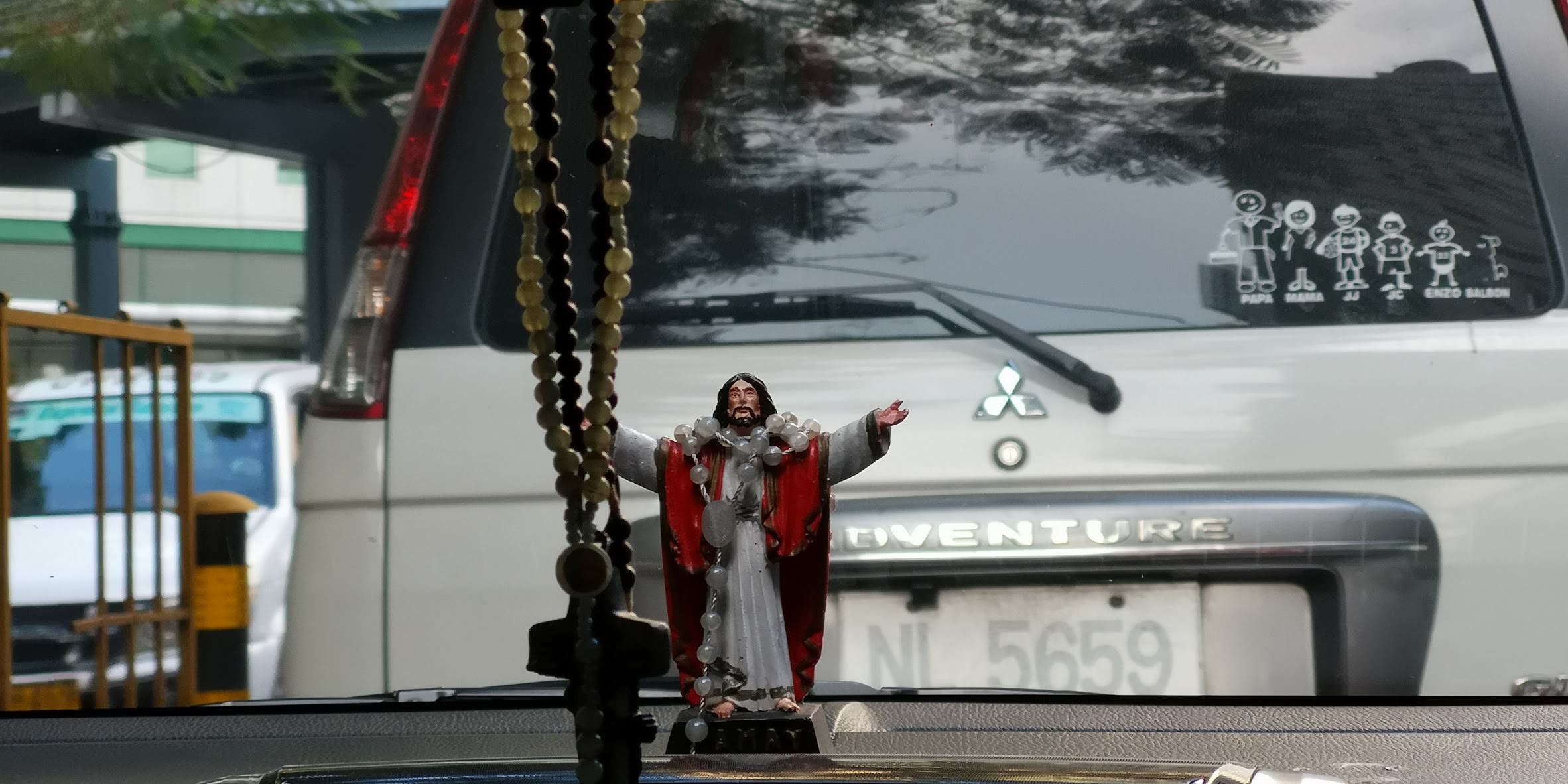 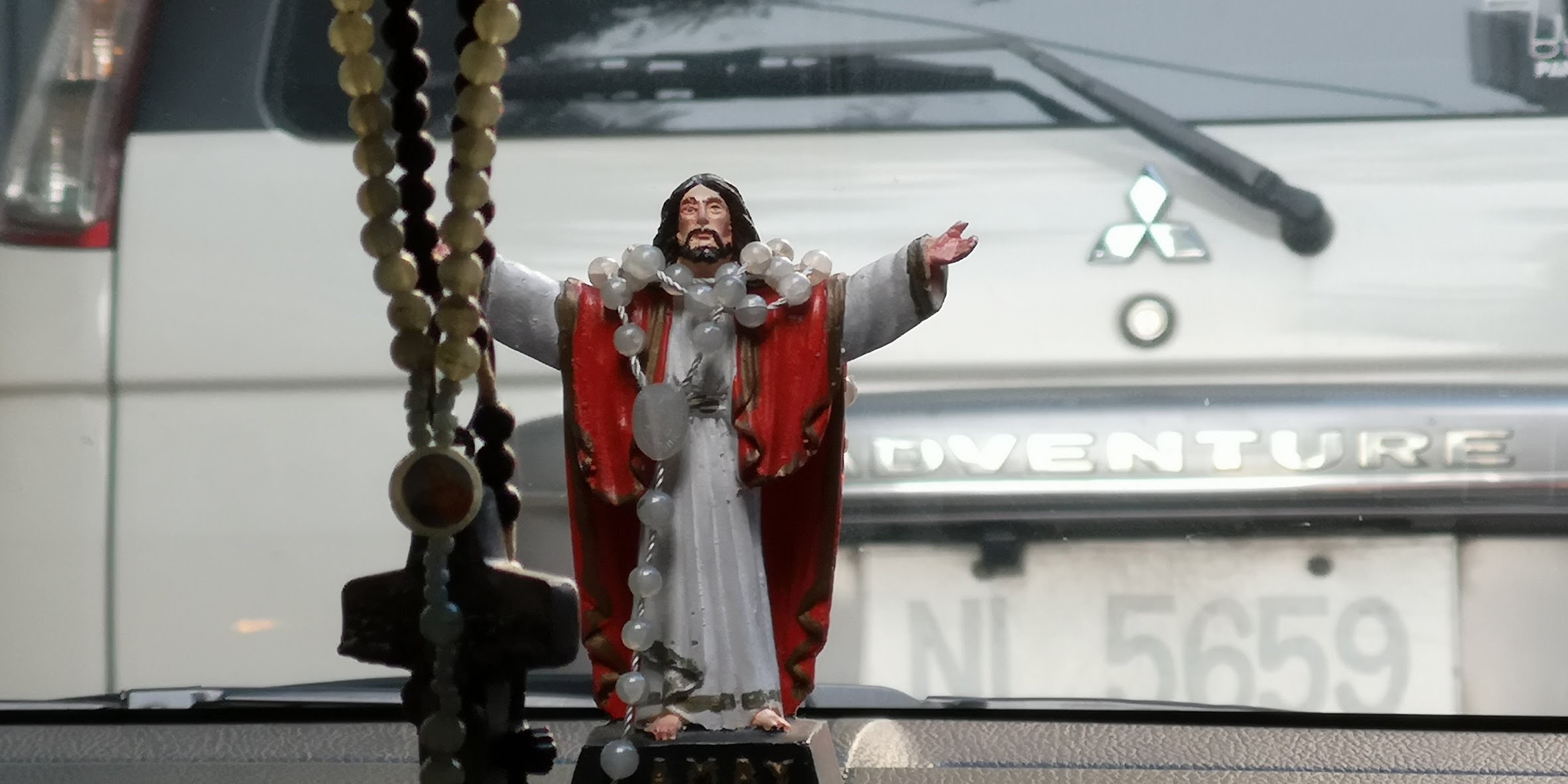 Take note that I took those photos while onboard a moving Grab car.

Here’s another illustration of the 10X Zoom. 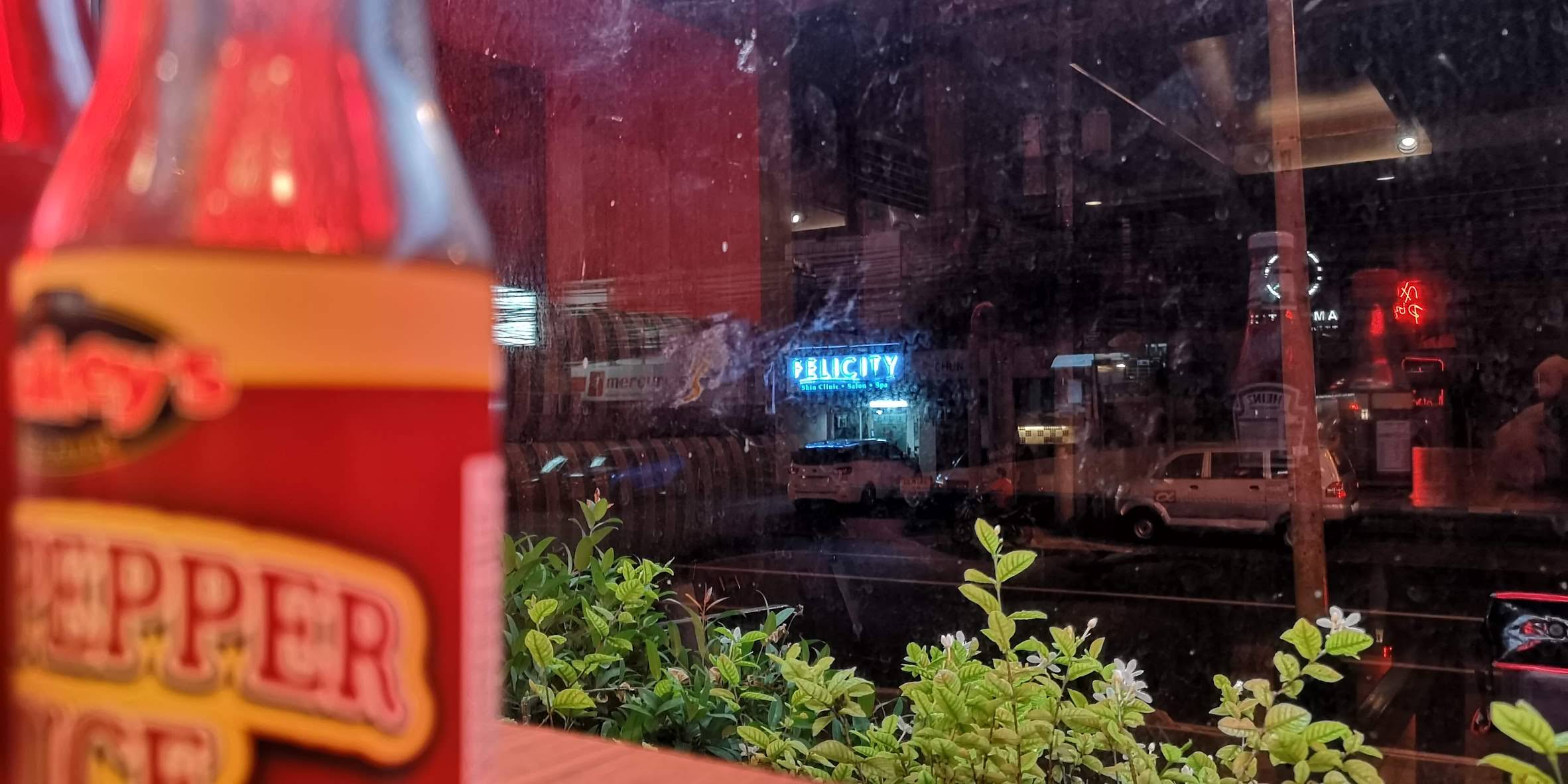 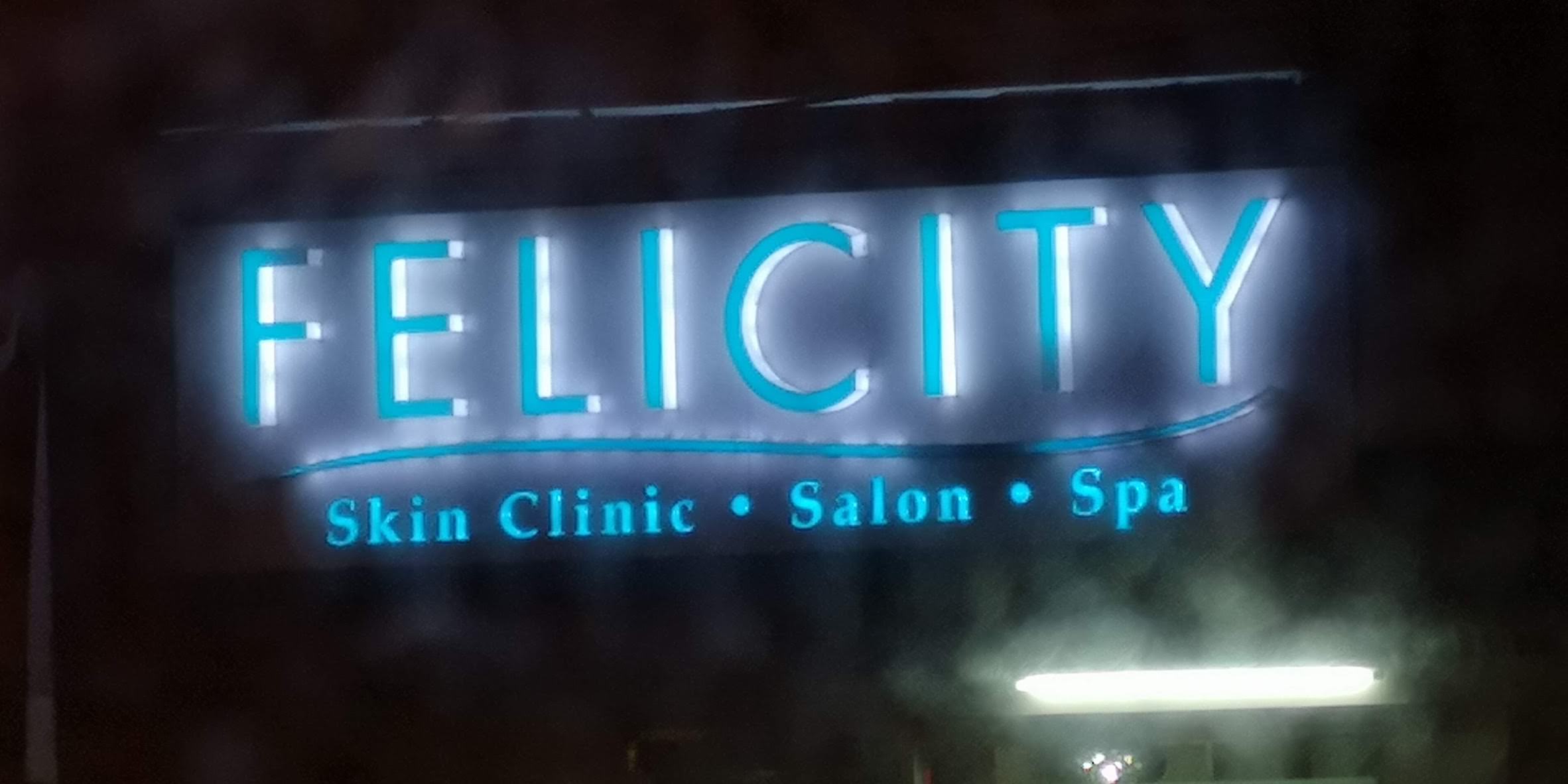 Here’s the regular camera output. This is an actual point-and-shoot output. 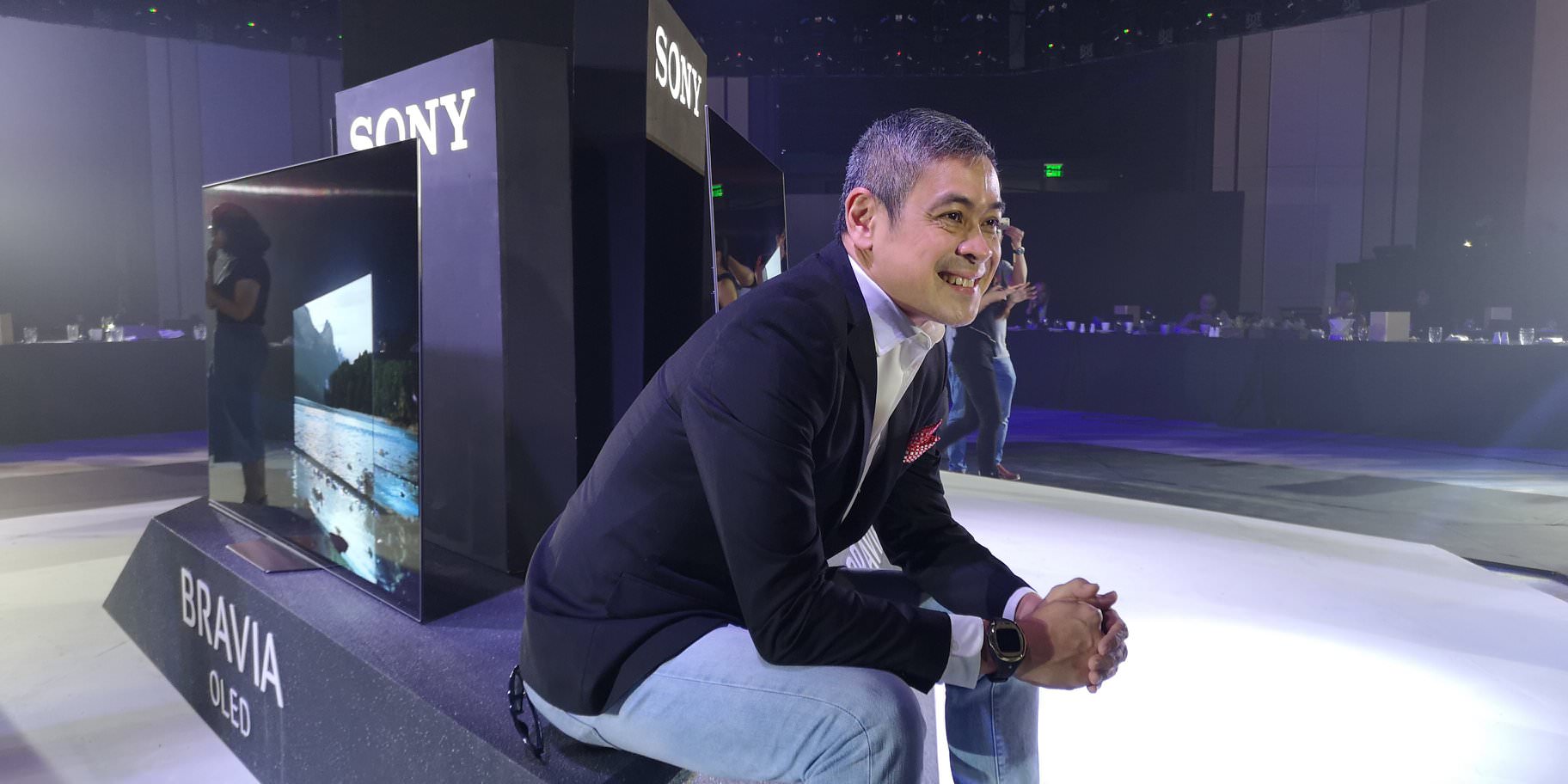 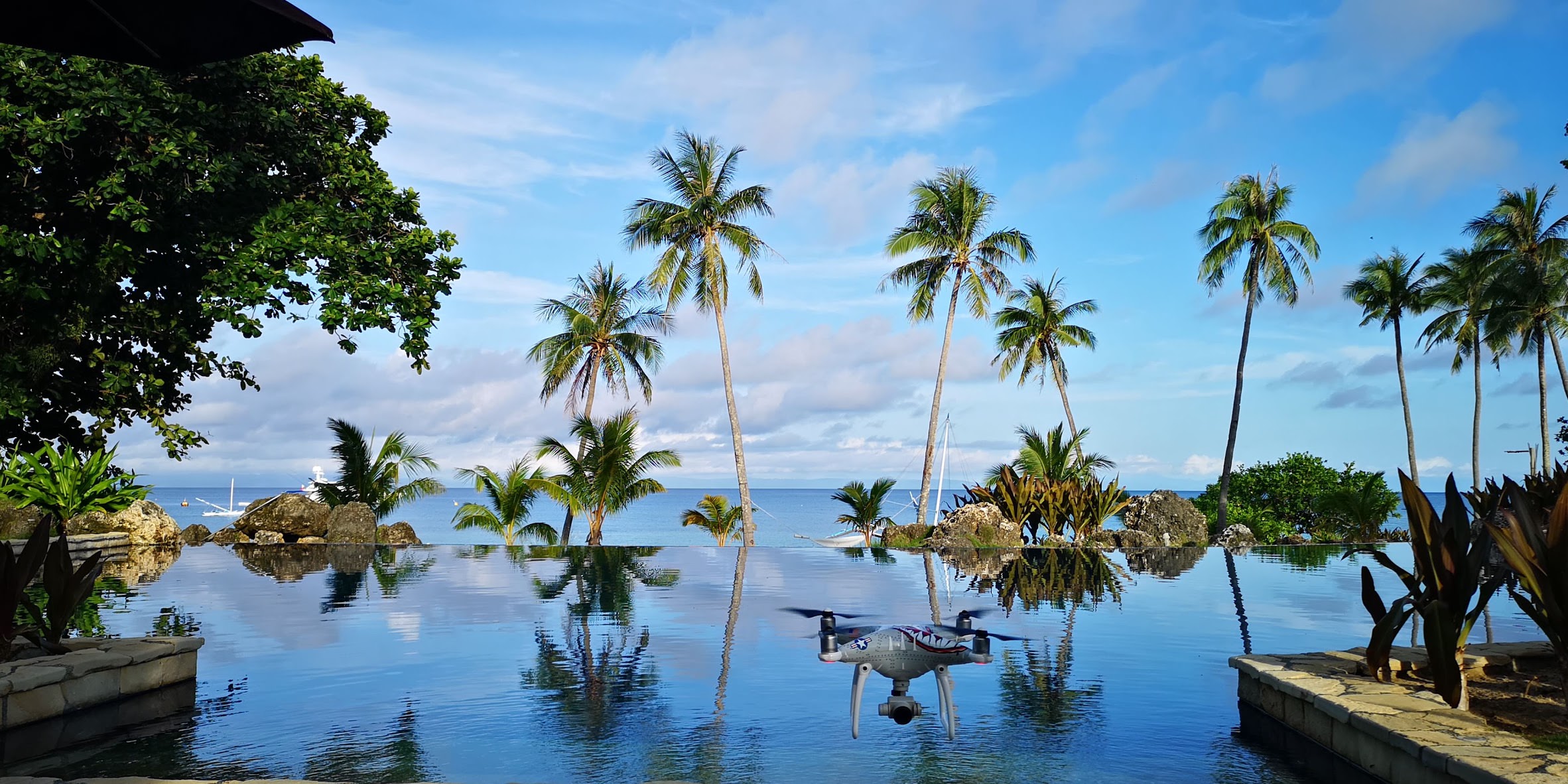 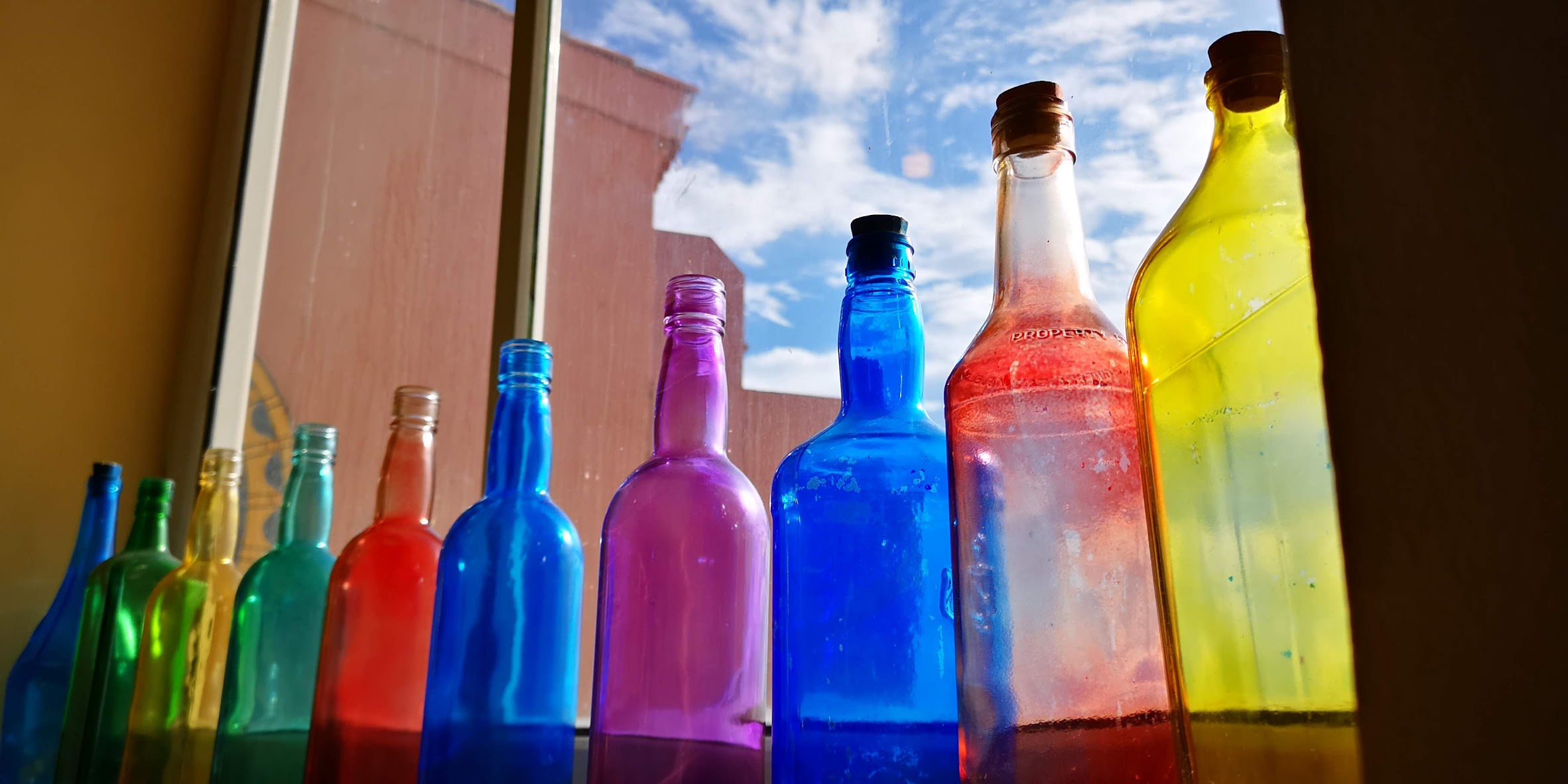 Here’s what the front camera can deliver. 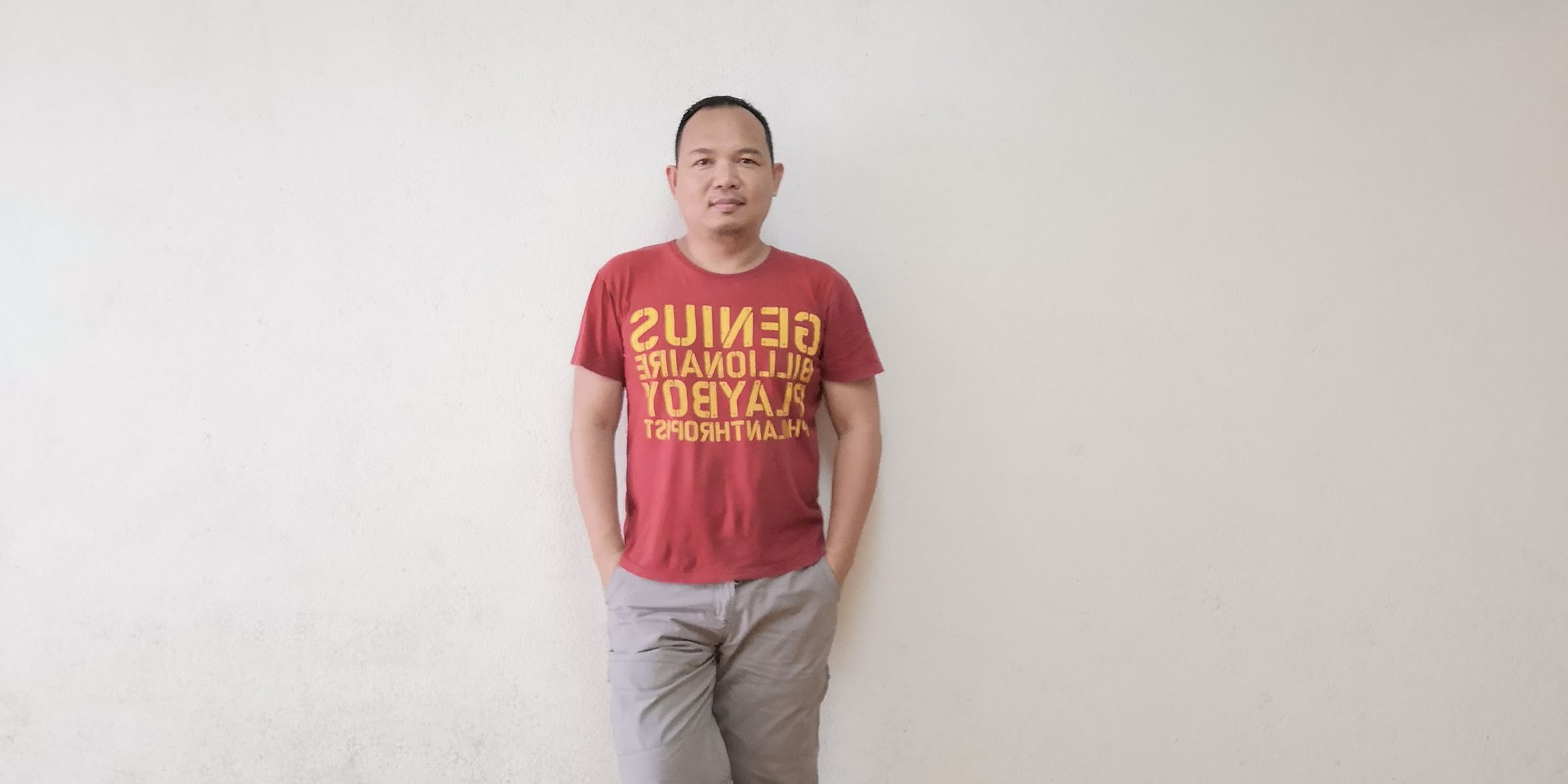 I used a DIY tripod here and shot using the camera app timer. 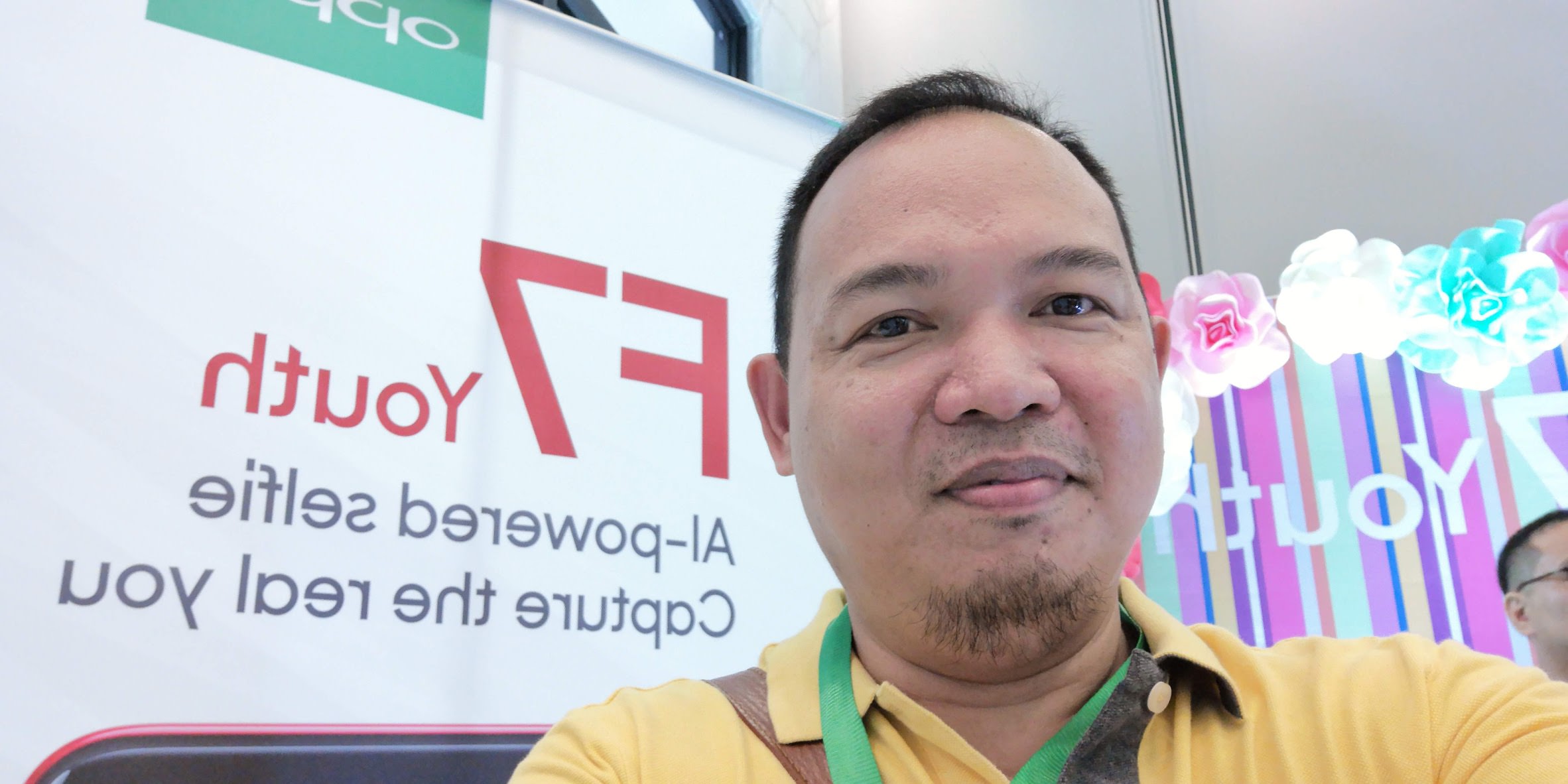 Selfies out of the P20 Pro makes you “pogi”.

The only thing that I don’t like about the camera app of this device is the built-in Watermark. You can’t tweak it, it is so big. So my solution is to just turn it off.

I also used the P20 Pro in recoding an unboxing video, you can find it here.

The PRO feature of the camera, by the way, works only in taking pictures. Unlike the LG G6 that even video recording has a professional feature, the P20 Pro records video using automatic settings only.

We’ve covered the best features of the P20 Pro, but let’s get down to basics. Other than taking photos and selfies,  I’ve used this as a basic phone — voice calls and SMS, some Viber and Telegram. Voice calls are outstanding, no drop calls or any issue pertaining to the hardware of the phone. SMS are sent swiftly too. 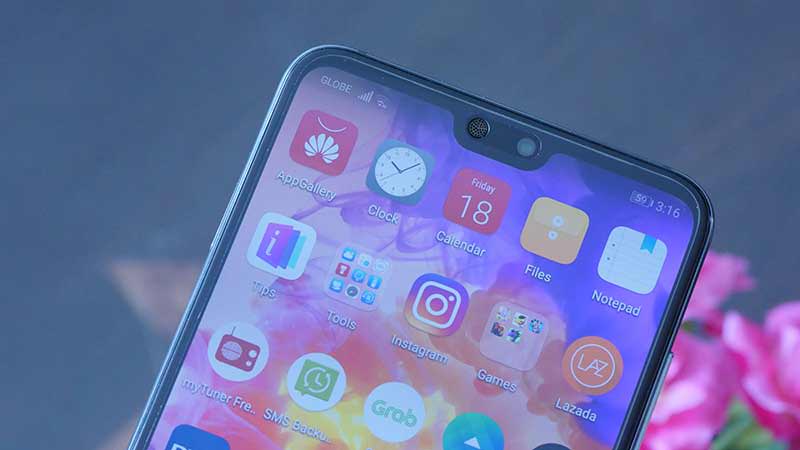 Battery life is another major thing in every smartphone. Using the issued charger that has SuperCharge feature, we were able to achieve 100% full battery in 1 and a half hours.

Aside from the traditional way of unlocking the phone. The fingerprint scanner which allows up to five enrolments gave us 100% performance. 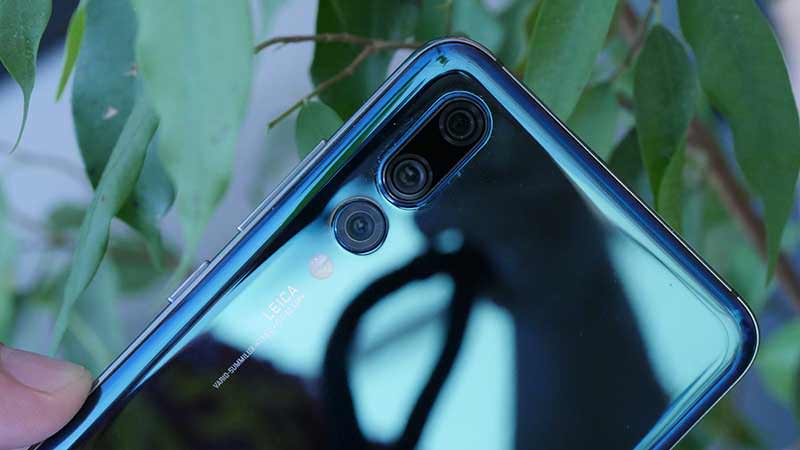 The Face Unlock feature is one of the best in the industry as well. Once you record your face, everything will be a walk in the park, even in dark places.

Other phones, like the VIVO X21, need to press the power button to tell the phone that you want to unlock it using the face. Huawei P20 Pro don’t need that two-step process. Just bring the phone near your face and it will unlock it, even if you have sunglasses on.

The Huawei P20 Pro is not a marketing gimmick. The R&D team of Huawei has spent a lot of time in order to properly mix the hardware and software for this product. 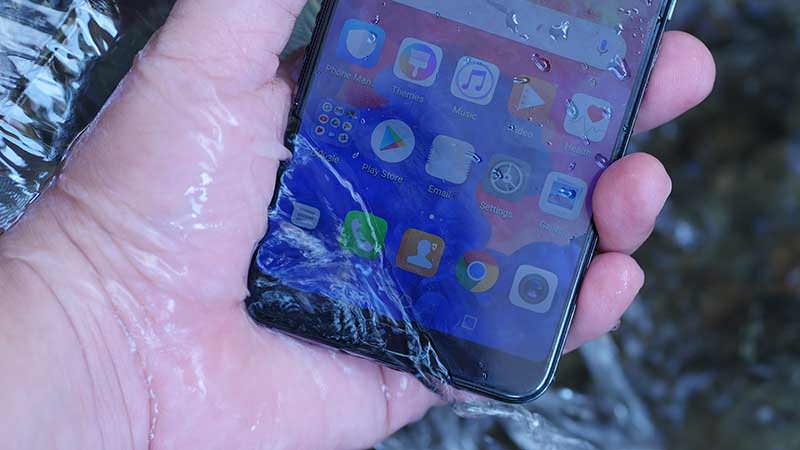 This device has all the features of a real flagship device. A real game changer in the mobile photography category. A well-rounded productivity tool you can own for an SRP of P45,990.

We understand that the offered SRP may not be affordable for the most of us. You can check other ways on how to own the P20 Pro in this post.

One option is to get it from either Smart or Globe postpaid plan.