From the looks of it, the Mate 20 Pro got its design from the Huawei Mate RS Porsche Design. What we mean is the display, the bezel, and the chin.

However, the Mate 20 Pro has a slightly bigger screen. But the report says, it will also inherit the in-display fingerprint scanner.

Also, Huawei’s top-of-the-line Mate Series will have a triple-camera system, just like the P20 Pro, but in a different arrangement this time. The Mate 20 Pro arranges its camera in a square. It is still a Leica-branded camera featuring a 40-megapixel, 20-megapixel, and 8-megapixel lenses.

The selfie camera is reported to have a 24MP which is located on a wider notch. Plus, Huawei is reported to add IR laser system for a faster face unlock feature of the phone.

This is not something new as the P20 Pro did not have microSD card slot also, but Huawei is said to introduce a proprietary memory card slot called “Nano Memory Cards”. The reports also say that it will look like a Nano SIM card, and will be available up to 256GB capacity. 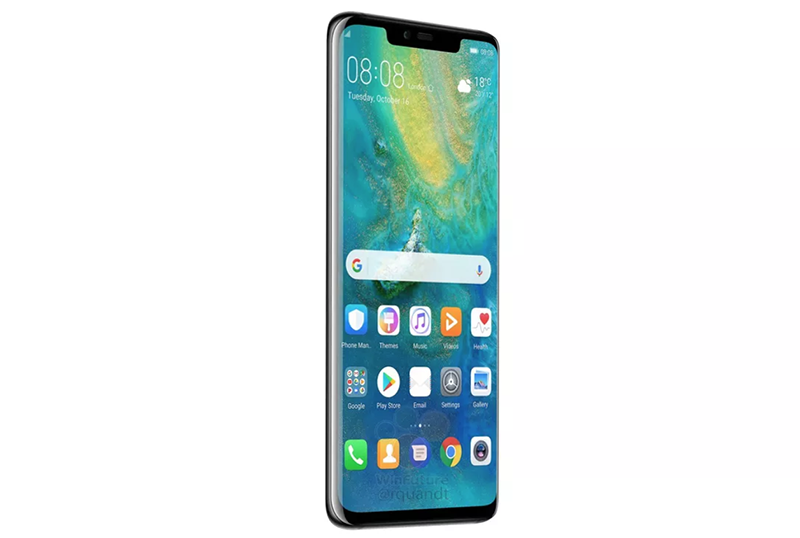 Under the hood is the latest chipset made by Huawei, a Kirin 980 octa-core processor, which offer a dramatic improvement in processing speed and power efficiency as well.

Finally, there will be a huge battery capacity of 4,200mAh battery, IP68 dust and water resistance, and the latest Android 9 Pie with Huawei’s EMUI 9.0 on top of it.

We will update this post once the Mate 20 Series becomes official on October 16, 2018.

We now have the official flagship devices from Huawei, the Mate 20 Series.

The color tradition which was started in the P20 series will continue in the Mate 20 series, it will arrive in the market with the following colors – Emerald Green, Midnight Blue, Classical Black, Pink Gold, and of course, Twilight.

The front camera of the Mate 20 and Mate 20 Pro is also a Leica-engineered and has 24MP 3D RGB with IR camera.

We have to wait for the local team (Huawei Philippines) to release the pricing for the Philippines. As of this posting, we are not even sure if all of these series will be made available locally.

However, global pricing is as follows: