Just three weeks after the first, the second beta of Android Q has been released. Among other things, the release brings an implementation of scoped storage. Also new are Bubbles, which unify notifications and so make the multitasking manageable and consistent. The emulator of Android Studio 3.5 can now adjust foldable displays to emulate foldables. 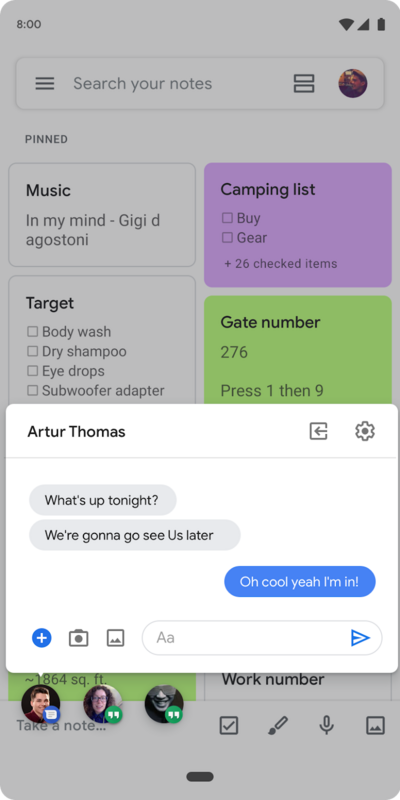 The most obvious change from the first beta is the bubbles that apps can use to uniquely display messages. The notifications are based on the notification API. Developers use Notification. Bubble Metadata to specify the content and an associated person and an icon.

The latter is still disabled in Beta 2.

Messages created via the API appear only if the channel allows the display, which can be checked by calling NotificationChannel.canBubble (). By the way, if you see the text grayed out when you click on the links to the Bubbles API, you should set the API level to “Q” in the left column. 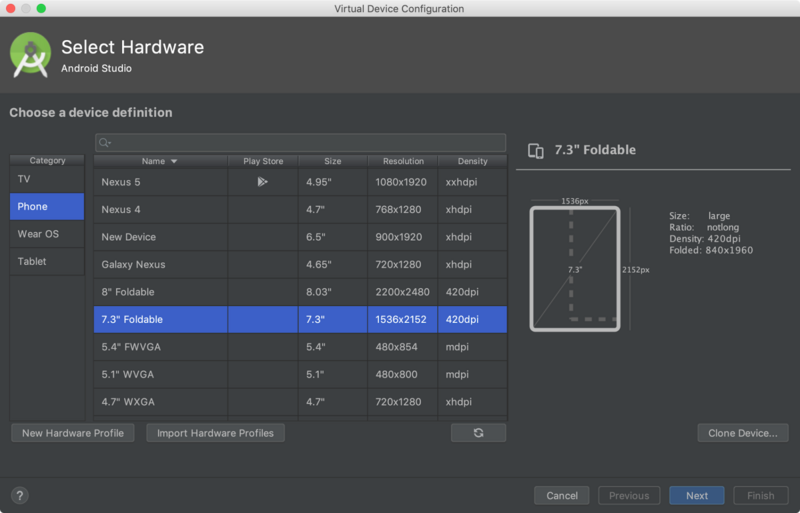 Google had already announced the changes in privacy to the release of the first Android Q beta. Beta 2 now has an implementation of scoped storage on board. This gives each app an isolated sandbox on external storage such as SD cards. The respective app has full access to its own area, without first having to request the permissions READ_EXTERNAL_STORAGE or WRITE_EXTERNAL_STORAGE. Of course, other apps are not allowed to access foreign sandboxes.

In addition, there is still the shared memory area, which is divided by type of media, in photos and videos, music and downloads. Apps can create files in their respective areas and access their own files without additional authorization. To use files from other apps, they need permissions like READ_MEDIA_IMAGES or READ_MEDIA_VIDEO, which depend on the media type.

Android Q includes devices with foldable screens, and the second beta comes with a foldable emulator. The matching Android Virtual Device is available through the Canary Release Channel in Android Studio 3.5. In addition, the Android team has adjusted the handling of the android: resizeableActivity attribute in the manifest so developers can control how their apps behave on foldable and large screens.

Among the other noteworthy innovations of the second beta is the advanced control of the microphones. The MicrophoneDirection API optimizes input for either the front, back, or external microphone. The API also allows controlling microphones with zoom function.

Further details on Beta 2 from Android Q can be found in the Android developers’ blog. Developers can test the beta in Android Studio version 3.3, the latest stable release. However, the creators recommend the use of Android Studio 3.5, which is currently available as Canary Build. Android Q Beta 2 is also available for the first to third generation Pixel phones, but not for the Pixel tablet.