Cherry Mobile silently revealed the Flare S6 Deluxe – as one of the most affordable smartphones to have 18:9 screen. In the paper, the device packs entry-level features that are sufficient for daily use. Removable battery is kinda rare nowadays but having the mentioned 18:9 display is the interesting deal in it. It has an affordable price tag that consumers will find it quite nice deal. Will it succeed here overall? Here’s our review. 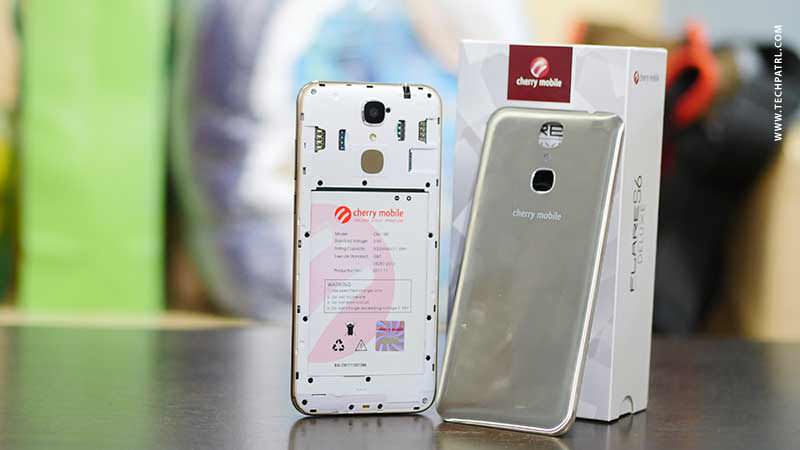 The 5.7-inch HD+ display of the Flare S6 Deluxe has a resolution of 1440 x 720 pixels. It is infrequent for the price segment but considered as the standard type of resolution for 2018 in entry-level category. The details and content are displayed with a pixel density of 282 ppi and are noticeably reflective on the screen surface when we viewed outside, especially under direct sunlight. Nevertheless, it does offer an ambient sensor that adjusts the display brightness automatically. 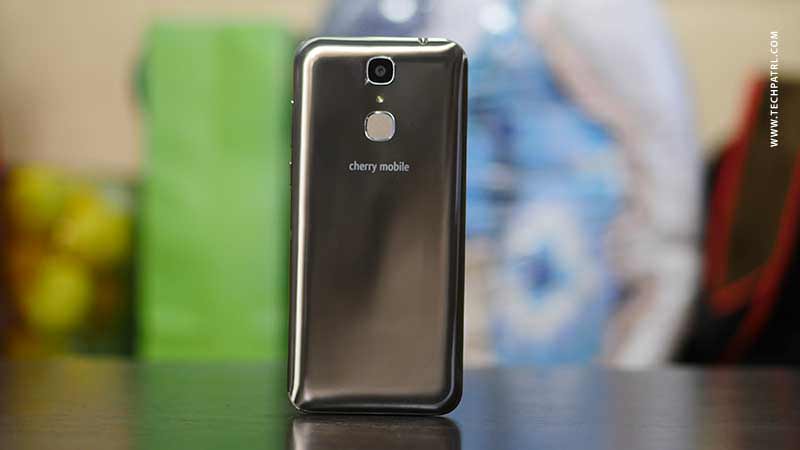 In a more positive outcome, the brightness is decent and the contrast is good. Due to the IPS type of screen technology, the viewing angles are great for reading and there’s no distortion even in a very wide viewing angle.

Speaking of the system software, Cherry Mobile uses the Google’s Android 7.0 “Nougat” version. Notably, this is the only Flare S6 phone that doesn’t use the company’s proprietary Cherry OS. If we look closely, the user interface follows the nearly-stock Android system. The security patch level on the phone is already outdated, October 2017. 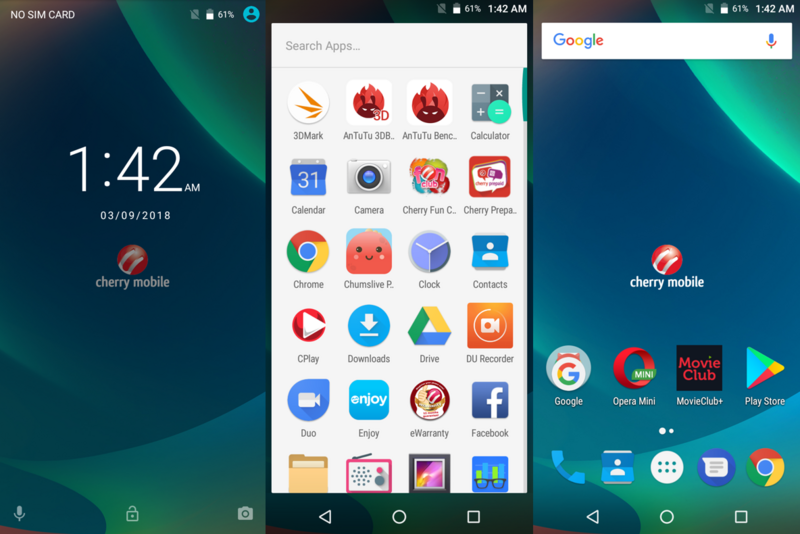 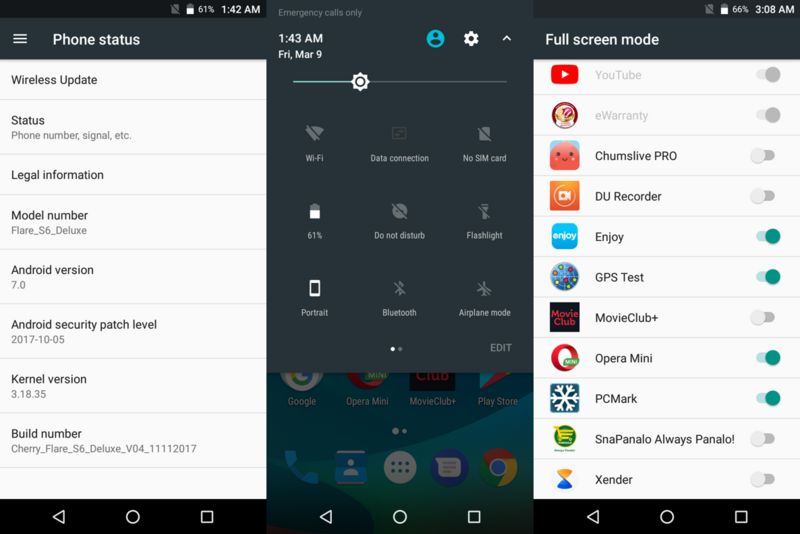 On the other hand, some of the downloaded applications are not compatible with the full-screen mode, so you’ll need to enable this feature in the Settings.

The two-year-old MediaTek MT6737 system-on-chip is used in the Flare S6 Deluxe. This 28 nm processor has four Cortex-A53 architecture built in a 64-bit computing processor, with a maximum frequency of 1.3Ghz. Mali-T720 is integrated with the SoC, considering that the device is an entry-level. 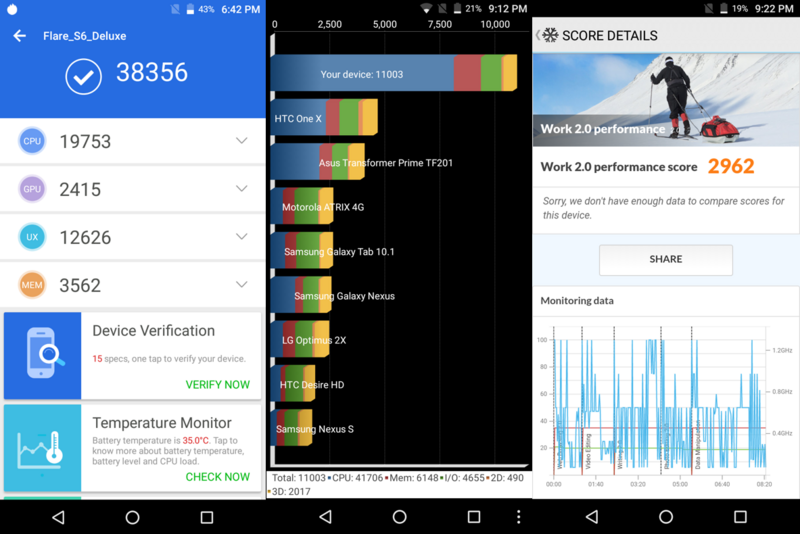 It offers 16GB of storage, combined with 2GB RAM that delivers an overall average system performance. During multitasking, there were some stutters and some of the most demanding games and applications may not run smoothly. In terms of browsing, the pre-installed Google Chrome runs fine, though some stumble while scrolling for a long time. Fingerprint scanner is accurate and fast to unlock at all times.

At the back, we have the 13-megapixel Sony camera module with f/2.8 aperture and auto-focus. Despite having such low aperture, it performs very well in outdoor scenes and indoor shots are pretty good. Colors are compelling and natural, and the dynamic range seems to be fairly good. The HDR also helps to increase the sharpness of the image quality. Noises are occurring if we try to capture some photos in not so ample lighting conditions, hence, the details are hardly recognizable.

For video calling and selfies, there’s an 8-megapixel sensor that can take decent quality images. Just make sure to have enough light available. Video recording is in HD resolution at 30 fps.

To take care of wireless communication, the Flare S6 Deluxe is equipped with the standard Wi-Fi module, IEEE 802.11 b/g/n, and Bluetooth v4.0. Using the internet, we can access two SIM cards simultaneously, but only one SIM can connect to 4G LTE. Theoretically speaking, the Category 4 LTE speed on the phone can manage to download files up to 300 Mbps and upload up to 150 Mbps. The GPS satellite system’s signal on the smartphone is too low to locate us, both indoors and outdoors. 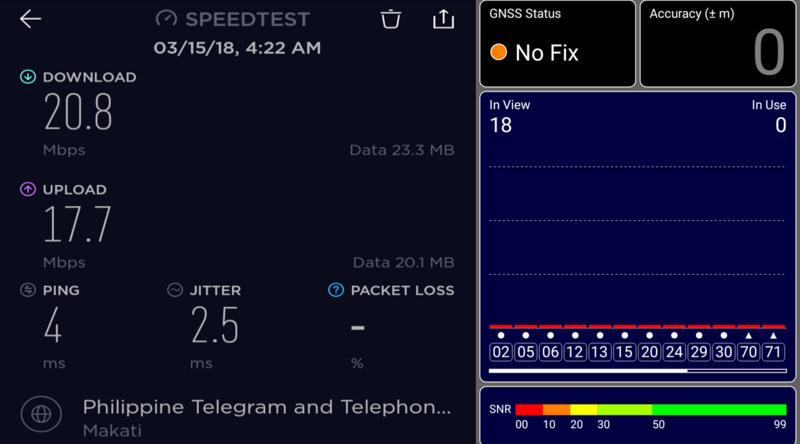 The speaker on the Flare S6 Deluxe is positioned on the bottom of the case and is enough loud for playing music, however, do not expect too much considering its budget-friendly cost. It does have the 3.5 mm audio jack and you can connect any kinds of earphones that will provide better audio quality.

Battery-wise, the Flare S6 Deluxe packs a 3,000 mAh removable capacity. In our PC Mark benchmark test, the phone yielded 7 hours and 20 minutes that gives an average result and offers an all-day use in a single charge. But you’ll need to wait a little bit longer if the phone completely depleted its battery, as it recharged fully for more than 180 minutes! 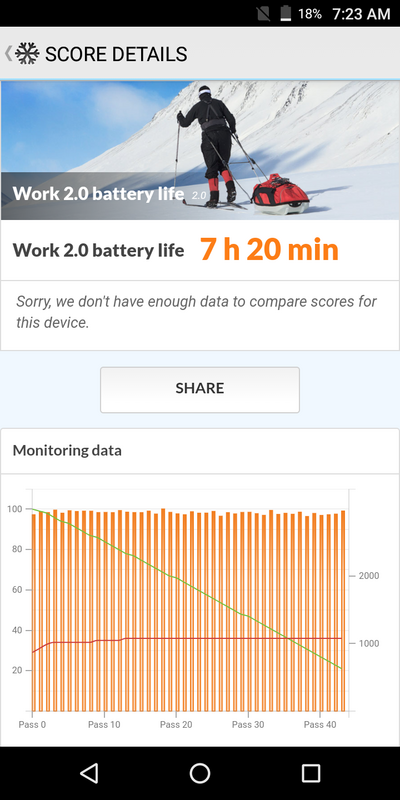 The Cherry Mobile Flare S6 Deluxe is basically a pretty solid entry-level smartphone with only a few essential weaknesses. Though, it convinces us with a removable battery with decent runtimes and fast fingerprint scanner. The user interface is clean, besides, there is no special customization here, except for changing the wallpaper on both the home screen and lock screen. 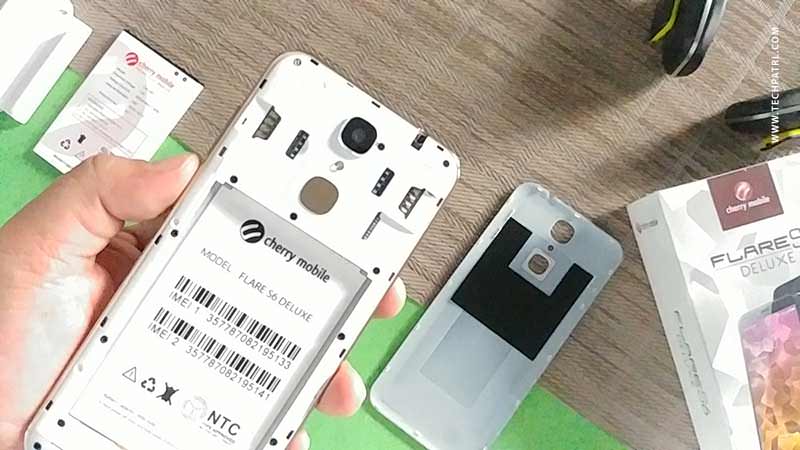 Luckily, Cherry Mobile has made it easy for us, the consumers to choose between those under the Flare S6 series. But because of the different features per smartphone, we have the right to choose based on our preference. But think twice when we purchase these devices, as ourselves, we should weigh which features are most important for us.