IBM today announced the appointment of Mariels Almeda Winhoffer as the President and Country General Manager for IBM Philippines. 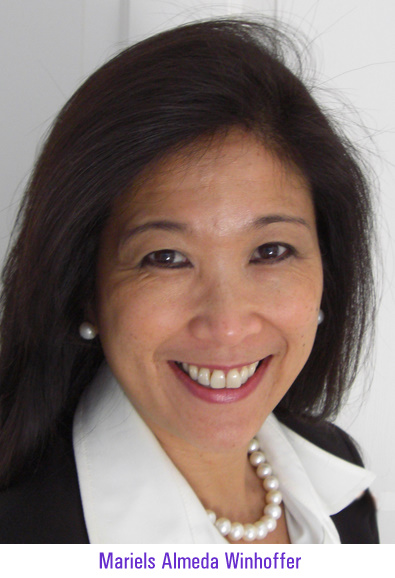 Born and raised in Manila, Philippines, Ms. Alemda Winhoffer started her career in IBM 26 years ago most recently serving as Client Advocacy Executive for IBM Corporation, where she reported directly to the Chairman and provided support for global client engagements.

Ms. Cordelia Chung, General Manager, IBM ASEAN said, “IBM selected the Philippines as one of 20 growth markets where the company is making focused investments, as part of our strategy to capture the highest growth opportunities in the world’s emerging economies.

Under James Velasquez’s leadership, IBM Philippines has expanded its business portfolio exponentially with significant additions to its global delivery missions. Through various collaborations with government, academe and industry, IBM has also established itself as a national asset. As we enter the next phase of our growth, Mariels Almeda Winhoffer’s deep client insight, global experience and outstanding leadership will help boost IBM Philippines as an industry leader, serving local and global clients.”

Ms. Almeda Winhoffer will assume responsibility for all of IBM’s operations in the Philippines, including the company’s sales and distribution, systems and technology, software and services units, and fully-owned subsidiaries offering global delivery including IBM Solutions Delivery and IBM Global Process Services Centers.

She was also a recipient of the 2009 50 Outstanding Asian Americans in Business by the Asian American Business Development Center, recognizing her contribution to the Asian business community in the United States.

She becomes the fourteenth Country General Manager, and the first female President of IBM Philippines.