At this time, mid-range processors have a very good power and efficiency. It can be difficult to differentiate the performance of a mid-range and high-end SoCs just by seeing how they perform. Qualcomm wants that gap between ranges to be even smaller and is already preparing a new 700 series processor. It is the Qualcomm Snapdragon 735, the processor that is presented as the most powerful of the entire mid-range. It has a very wide support and several details that make it one of the most attractive processors. Not only does it want to improve the performance, but also to bring technologies such as 5G connectivity.

At this time, one of the most widely used processors of the entire mid-range is the Snapdragon 660. Some manufacturers are beginning to use chips of the 700 series. By the end of this year or early 2020, we could see the use of this upcoming Snapdragon 735. 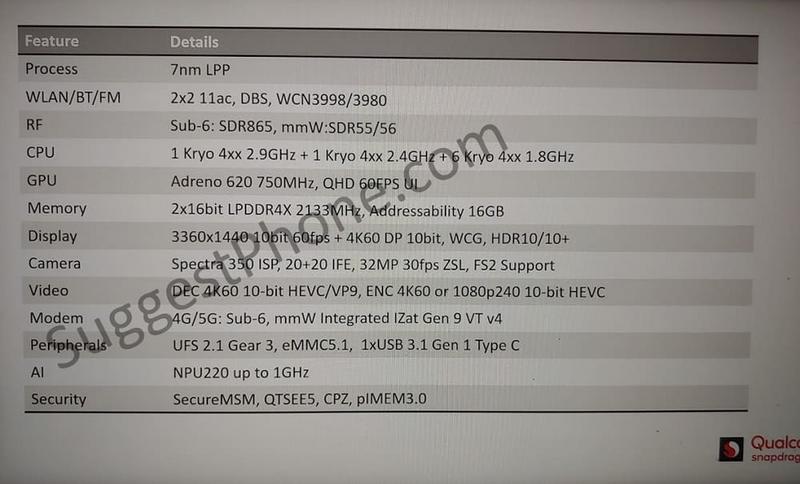 One of the most important things when manufacturing a processor is knowing how large it will be. At the moment, the Snapdragon 855 is manufactured in a process of 7 nanometers, something that until today was exclusive of some chips of high-end phones. Today, the new Snapdragon 735 is also manufactured in this size. The smaller the processor, the better performance and efficiency it has. In addition, being smaller is easier to include in a smartphone and dissipate some heat that it produces.

The GPU in charge of the graphics will be an Adreno 620 and will have support for screens of up to 3,360 x 1,440 pixels. It will also support HDR10 and HDR10+. Its processor dedicated to photography will allow sensors up to 32 megapixels. Finally, we can see that it will support RAM memory chips of up to 16GB and that it will have an integrated 5G modem.

KathNiel joins the mall tour of Vivo Philippines for the first time!