For the Dads that are technology savvy, and for the sons and daughters who are now earning well, here’s your chance.

Argomall (e-Commerce website) sent us a data about what smartphones Fathers want.

Data recorded from June 1 to 30, 2017 in Argomall, an online store for consumer electronics revealed the following smartphones to be perfect gift suggestions for Father’s Day.

Most searched / most purchased

With the search engines of www.argomall.com that aid customers in finding the gadget they need based on price, brand, technical specs, physical attributes, etc., here are the top 5 phones that consumers browsed within the given time period last year: 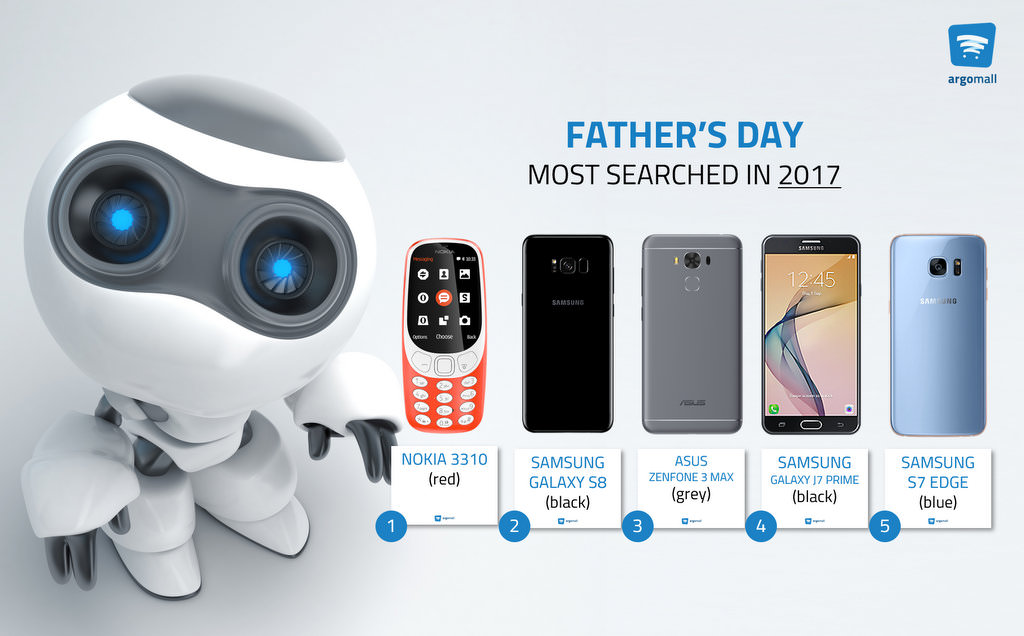 The same June 2017 data shows that consumers considered some factors prior to purchase. They wanted a screen size of at least 5.5” for great visibility as seen in phablets. A great front-facing camera to take selfies with the family was considered important, as well as big RAM for speed, storage for photos, videos, and other files. Lastly, OS version is also valued by consumers as fans of Apple and Android looked for the most recent versions such as iOS 10 and Android Nougat.

Most daddies tend to be very active and get busy with their hobbies or the demands at work that make them multitask. Hence, smartphones that have high IP (ingress protection) ratings will be complementary to their lifestyle. The highest possible IP rating of IP69 means they can survive conditions like hard falls, extreme dust, high heat, certain kinds of radiation, and even deep waters.

For dads on the go, phones that have high processors such as octa-core will allow them to run several applications for their daily tasks. The processors of Asus Zenfone 5 ZE620KL, Cherry Mobile Flare Maxx, Cloudfone Next Infinity Quattro, Huawei Nova 2i, OnePlus 6 64GB, Oppo F7, Vivo V9, Nokia 7 plus (IP54),  and Xiaomi Mi A1 4GB/64GB will be very useful.

Argomall was borne out of a creative dream by Filipino-owned conglomerate Transnational Diversified Group, to deliver quick, efficient and simple solutions to the discerning Filipino tech shopper. For more information on how to get these power tools for dad with the widest payment options and free nationwide delivery, log on to www.argomall.com or www.facebook.com/argomall.

We Love Philippines: Sharp for every Juan