While today’s tech-savvy teenagers can key in 140 characters in just a few seconds on their smartphones to post in Twitter, thousands of other young people—those who are out of school–cannot even properly spell the word “character” by pen and paper. 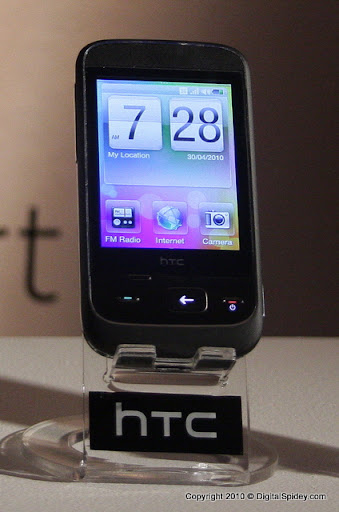 HTC Philippines, a leader in mobile phone innovation and design, today announces the open bidding for three Rhian Ramos limited edition HTC Smart phones, the proceeds of which will be donated to a charitable institution that provides educational and other kinds of assistance to Filipino children and youth.

The auction, which will run from October 1 to  31, 2010 via HTC’s microsite, www.bid4smart.com, features the “Brighter Future” phones, which sport exclusively designed skins with the signature of Ms. Rhian Ramos, the HTC Smart ambassador. The auction will accept bids from all over the country, as HTC wants to maximize its reach in creating a nationwide awareness on the plight of street children, school dropouts and Out-of-School Youth (OSY), all needing some form of assistance.

The top bidder for each of the phones will get to take home the easy-to-use smartphone with HTC Sense, a proprietary user interface which makes for an intuitive user experience. This mobile has been designed for the mainstream market, but with all the features of a cutting-edge communication device. Its distinctive feature is the FriendStream, which neatly places all of the user’s interactions with his contacts—be it email, text message, or social media update –in one stream under their pictures.

For details on the mechanics of the bidding, please log on to www.bid4smart.com.