MyPhone’s collaboration with Brown & Proud and BBulletin for Hack to the Future Tech Summit 2018 was a huge success last March 23 & 24 at Greensun – Hotel in Makati City!

It was a year-long preparation for this event to be finally concluded in a two-day event last week. The day one of the Summit was held on March 23 at the Axon of Green Sun, with anticipated 300 student’s delegates. The organizers of the event had to even more chairs as more delegates have come to the venue to witness the unveiling of the summit.

The event was opened by the hosts Inyi Yruma, Marketing Head of MyPhone and long-time MyPhone endorser and newly signed Kapuso Devon Seron. Kevin Tan – Vice President of MyPhone officially opened the Summit with his welcome remarks followed by CEO, President, and Founder of MyPhone and Brown&Proud – Mr. David Lim. He introduced “BARKO1000” by Brown&Proud, a project aiming to promote at least a thousand startups every year and help them reach the global market.

Meanwhile, Atty. Elena Lim, Chairman Emeritus of Solid Group, Inc. couldn’t resist but to share her wisdom to the student delegates and encourages them to be courageous and not be afraid to do things they think are right.

Joining the line-up of speakers were ABS-CBN NoInk’s Digital Content and Marketing specialist Arbie Belmote, and best-selling Filipino Author of the social-serye book and movie “Vince and Kath” Queen Elly. Jhonathan Howard talked about Artificial Intelligence (A.I.). A discussion and demonstration on “Robotics” by Warren Gonzaga and “Virtual Reality” by Christopher David of VR Philippines also excited the audience. Latest trends in technology such as artificial intelligence, virtual reality, digital marketing, animation, and filmmaking were covered in the talks of the guest’s speakers. Simultaneously, there were workshops for filmmaking and a hackathon where students’ skills are pushed to the limit to create the best of the best, by using the most advanced technology at their fingertips.

The food for the delegates was prepared by STI Caloocan Senior High School, HTTF partners with STI Caloocan in support of the government’s call to provide students with these kinds of opportunities.

Day two, the main event of Hack to the Future Tech Summit, was held at The Eye of Green Sun. The first 360 event venue in the country. Like the first day, the organizers had to add more chairs to accommodate more than 500 delegates of the event.

The event was opened by an STI Caloocan Society Choral with their heartfelt rendition of  Lupang Hinirang. Meanwhile hosts Inyi Yruma and DJ Chacha hype up the event with their live and funny tactics. Opening the program is Kevin Tan followed by Mr. Elmer Robles, the first speaker of the day who talked about “Blockchain and Artificial Intelligence”.

It was followed by David Lim, CEO, President and Founder of MyPhone and Brown&Proud. He proudly shows a video of her mother Atty Elena Sen Lim in an interview with BBC which is an inspiration according to him why he is still continuing innovating to offer value-added services to Filipinos.

“If there is one thing you can mortgage out of the Filipinos, it’s their creativity. We could not defeat our competitors with hardware, but we can fight them with HEARTWARE. It’s our time to invade the world with our creative products,” shared David Lim.

Meanwhile, the delegates are mesmerized and inspired when Atty. Elena Lim speaks up on stage and talks about humility, encouraging everyone to be brave in doing the things they think are right and could help the country, and to always have humility whenever you achieve a goal.

The topic of Digital Marketing and how to harness the power of Digital to benefit to the Community were discussed on the second day of the event. Successful Filipino business entrepreneurs such as Engr. Grace Nicolas, Founder of Tag Media, Mr. Robert Yupangco, President of Yupangco Holdings Corp., Dr. Elton See Tan, President of MTFI / E-hotels, Dean Jonathan Petalver of Brown&Proud Academy, Genesis Reonico of Digital Careers, Engr. Amelia S. Dean of Technology for Economic Development, Atty. Jocelle Batapa Sigue, Emmy Lou Versoza-Delfin of Startups, Laurene Tugaoen of SIPAG, Direk Alfredo Ongleo of FilmDream, Laurence Charles Salazar of NCCA’s Kultura App and Kristine Ricafort of Bbulletin each had their own knowledge and wisdom to share. Mr. Jay Jaboneta, the guy behind the yellow boat project and Chief Marketing officer of Chibot talked about “Experience Economy” and Elmer Robles, Phinclusion Inc.’s Chief Technology Officer discussed the disruptive “Blockchain and Artificial Intelligence”. Lastly, the most anticipated forum was discussed by Tintin Bersola-Babao, a respected TV Anchor, and Celebrity Entrepreneur. She talked about success stories of an entrepreneur through social media.

MyPhone and Brown&Proud have partnered with Kristine Ricafort, CEO and Founder of BBulletin in fulfilling this project. MyPhone and Kristine have the same goals of helping and empowering Filipinos to have a better future through innovations in technologies. Bbulletin – an IT Enabled Bulletin Board, a Tech-platform that intends to bridge people and communities through technology and collaboration toward building a better community for a better future was also launched in the summit garnering applause from the audience for its one of a kind advocacy. 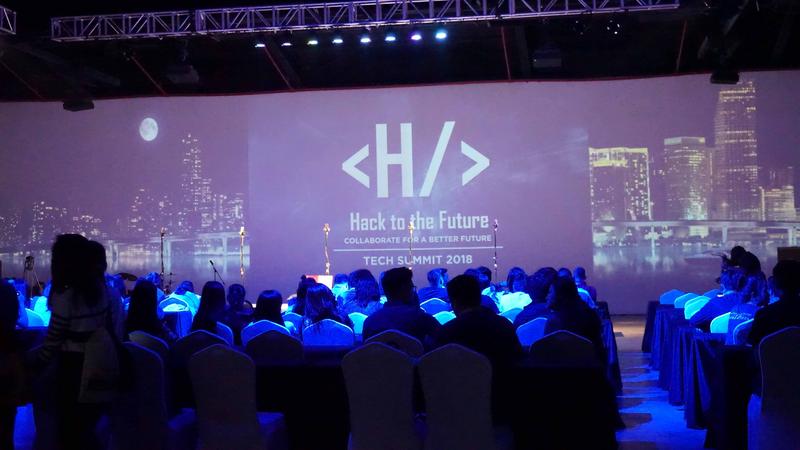 Samsung launches My BP Lab app, in partnership with the University of California

MyPhone rolls out Early Christmas Sale; up to 50% Off

Smartphones you can buy under P5k today