There is a new OPPO Reno in the room, and finally not with MediaTek processor but with Snapdragon 710 and 6 GB of RAM. It is the first OPPO Reno to abandon the shark fin feature for the rear camera: instead it has a drop-shaped notch.

The OPPO Reno Z is in the mid-range and shares several specifications with the “normal” OPPO Reno, including the screen and the processor, although it is one step below, at least in terms of price. 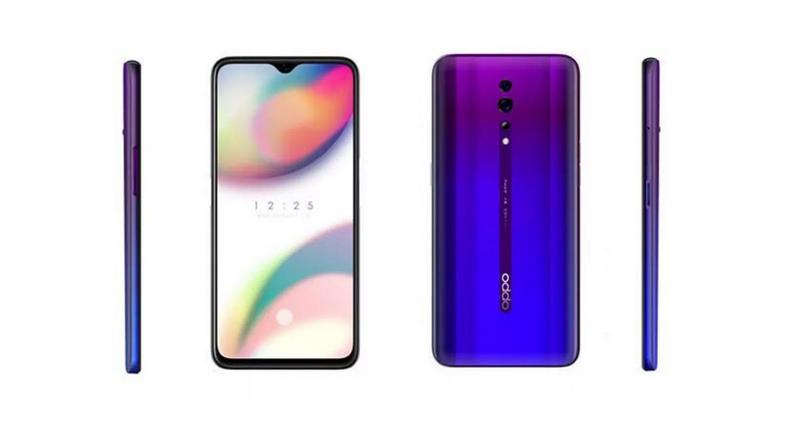 While the shark fin has become in a way the defining characteristic of the Reno series, the OPPO Reno Z dispenses with retractable mechanisms and mounts the front camera in a drop-shaped notch. This is the main difference between the OPPO Reno Z and the OPPO Reno, although it is not the only one.

This change feels good to the megapixels of the front camera, which rises to 32 MP compared to the normal version, while the rear camera remains the same: two lenses, the main 48 MP and a secondary 5 MP.

We have the same AMOLED screen of 6.4 inches with Full HD+ resolution, although this time it is interrupted by the notch. The fingerprint reader, by the way, is still integrated into the screen.

As for the power, there are few changes. It’s the same Snapdragon 710 , although now accompanied by 6 GB of RAM. The loss of the retractable mechanism seems to have a good impact on the capacity of the battery, which grows slightly from the 3,765 mAh of the normal version to the 3,950 mAh of the OPPO Reno Z. It is not a big difference, but everything adds up.

The OPPO Reno Z is officially mentioned in a press release from the Kazakhstan branch of OPPO. There is indicated the existence of a single model with 6 GB of RAM and 128 GB of storage, which can be purchased for the price of EUR 190, which is equivalent of about ~P11,000.

Epson PH to focus on core technologies and B2B operations