We’ve been playing around with the Zenfone 5 which was aggressively priced locally. The company’s 19:9 device with “the notch” is now available for P19,995. If you are planning to score this device, stay tuned as we reveal the Zenfone 5 Review (Philippines). 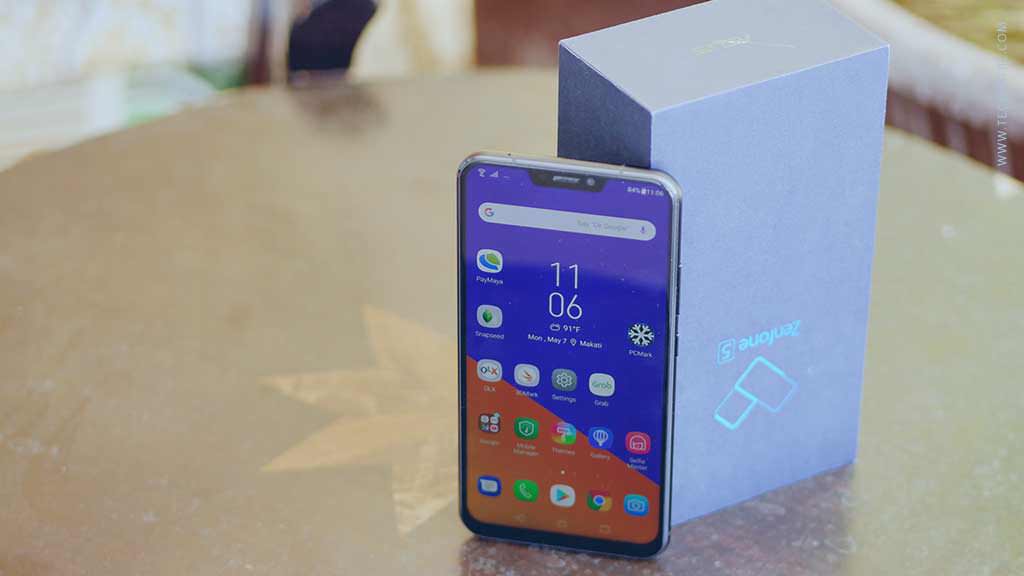 By the way, just so you know, the Zenfone 5 was sold out in less than an hour after the PH launch. 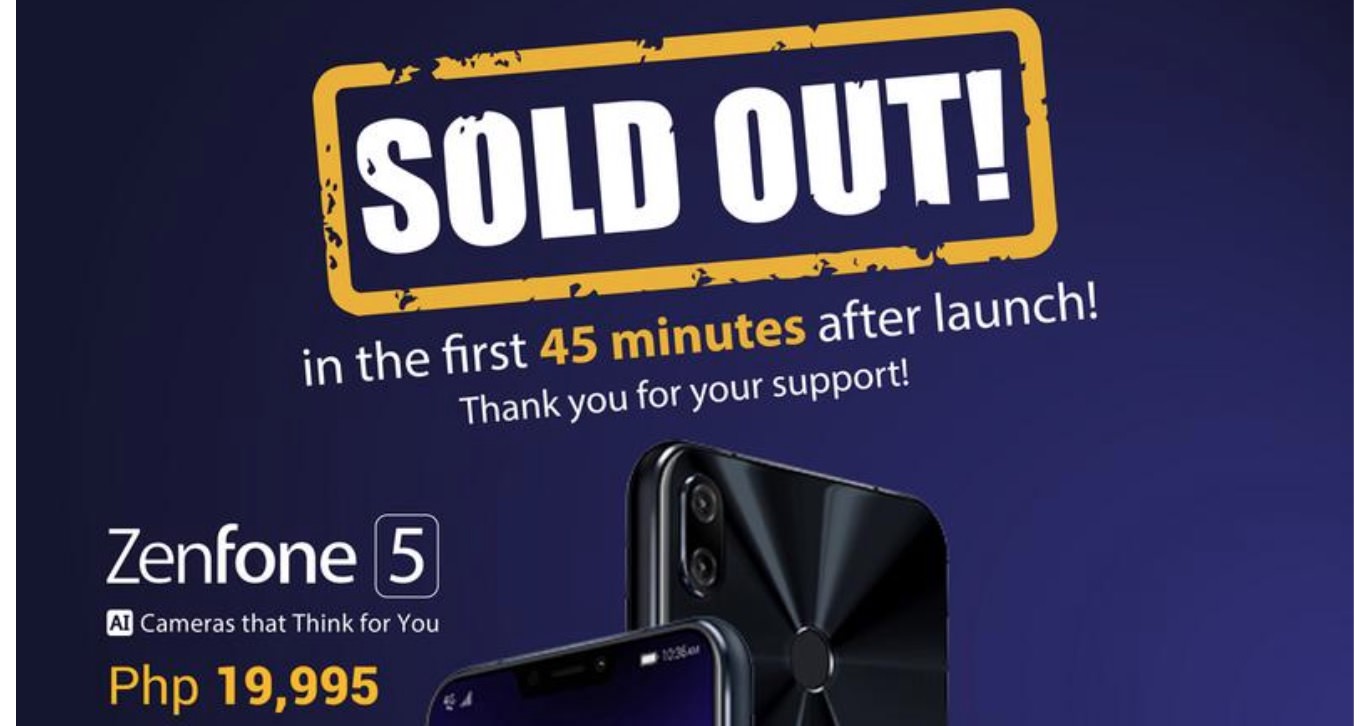 I can describe the physical look of the Zenfone 5 in just one word: elegant.

As somebody who has reviewed few if not several Zenfones, this particular model reminds me of the well-constructed Zenfone 3. 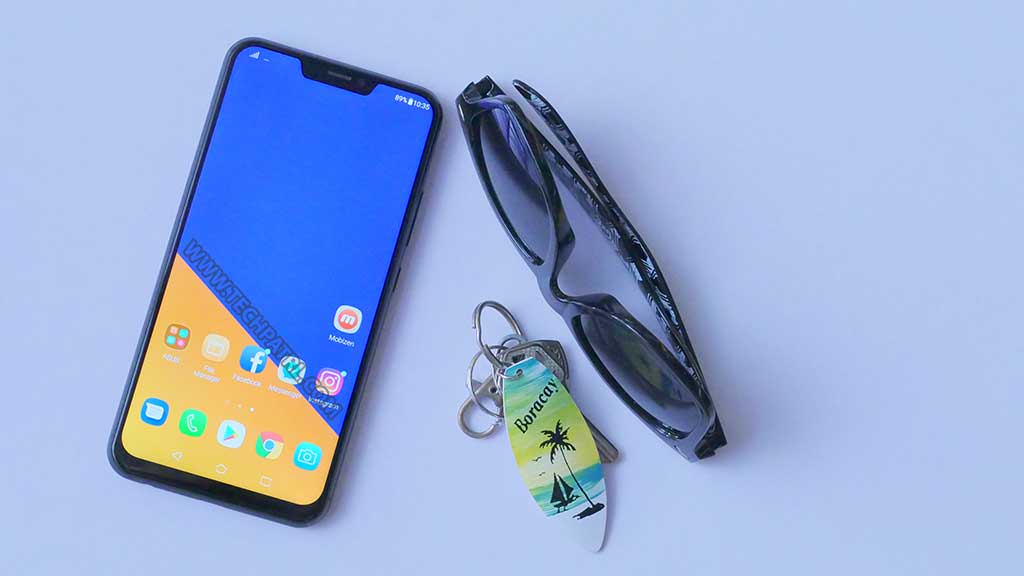 There is no denying the obvious fact that ASUS has joined the bandwagon of implementing the notch in order to add more screen to the device — the Zenfone 5 has a 19:9 screen ratio. 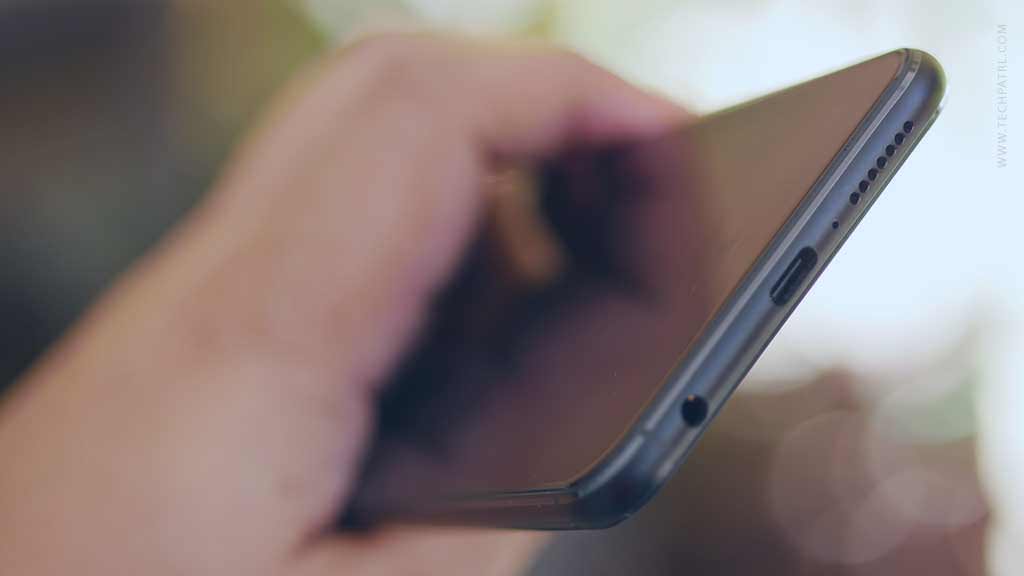 The Zenfone 5 is sandwiched by a glass which makes it a fingerprint magnet. All ports — USB Type-C, 3.5mm Audio Jac, and the speaker grille are located at the bottom of the device.

The one-piece volume control and the power button is conveniently located on the right (when you are holding the phone).  At the opposite position is the hybrid SIM tray.

I was hoping ASUS would implement a 3 card slot on this device just to accommodate additional storage in case you will record lots of 4K videos.

The front of the Zenfone 5 houses the 8MP f/2.0 front camera, speakerphone, notification LED, and sensors.

The notification LED, for your reference, turns orange when you are charging and green when the battery is fully charged. It blinks as well when you have unread notifications.

Also, I’d like to mention that the notch disappears when you launch the camera. 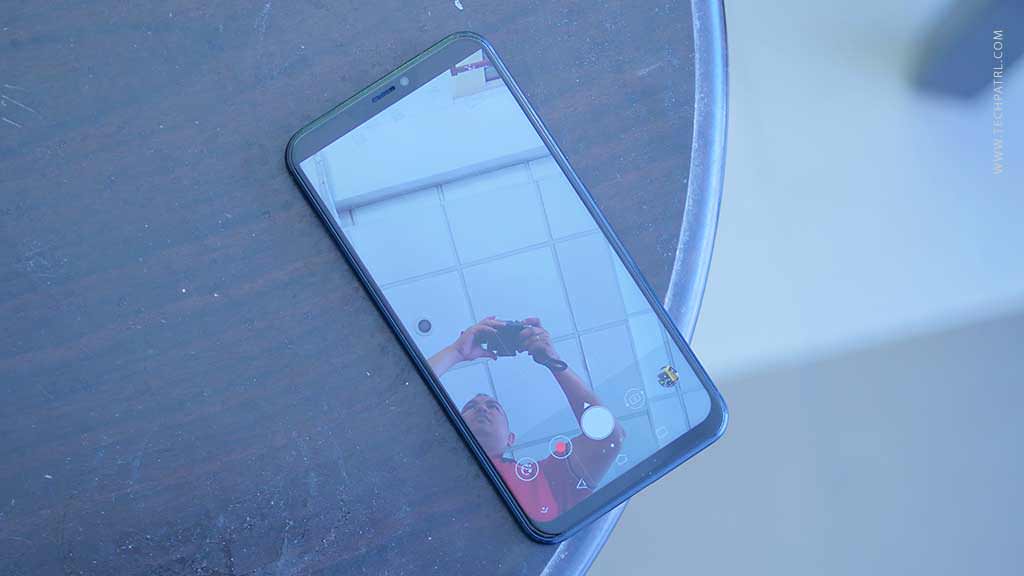 At the bottom of the device is an on-screen button which was well implemented on this device. By default the on-screen buttons are auto-hidden. When not in use, it disappears. The tiny button on the left is that switch that you need to permanently display it or auto-hide it.

The back has the round fingerprint scanner and the dual camera setup with LED flash. To maintain a slim body, the camera at the back is protruding. You have to secure this by getting a case. 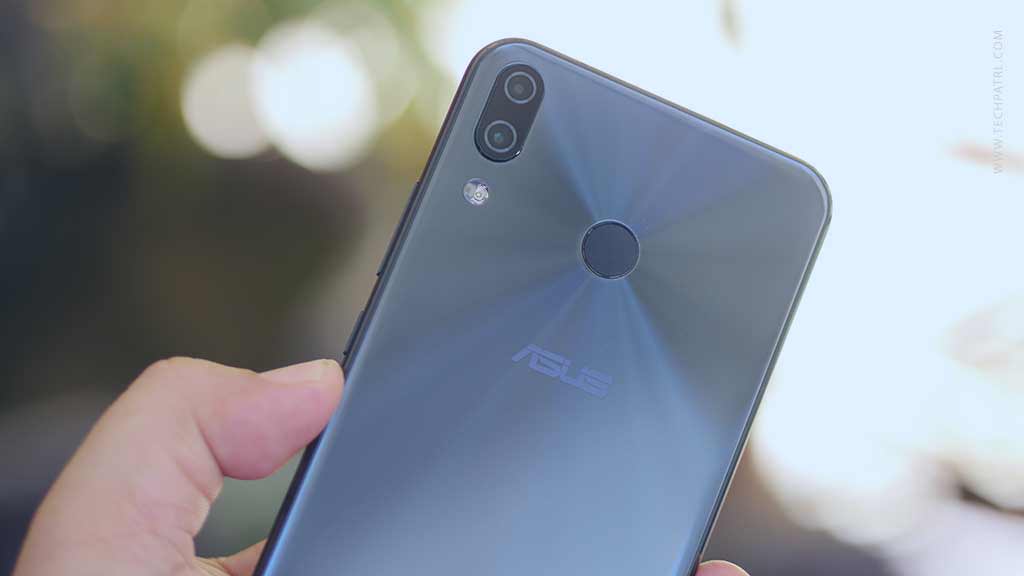 The Zenfone 5 is premium device and nice to hold in the hands. It is a little bit wider and a one-hand operation is not possible unless you have a big hand. It is light as well weighing only 155 grams.  At this small body, ASUS was able to fit a 6.2-inch screen. Good job, ASUS!

Like I mentioned, the Zenfone 5 has a 6.2-inch 19:9 FHD+ IPS display with 402ppi. The display is bright and clear. But you have to get used to the notch which is quite visible. 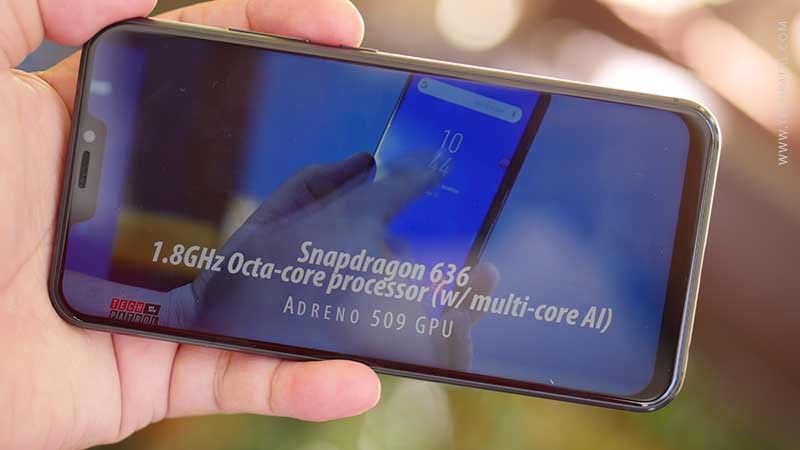 Youtube video playback has an adoptive style which is called Zoomed to fill. This is done by pinching out the screen. However, the video is cropped already. Some part may no longer be displayed.

I did not encounter any issue with audio playbacks as well. The Zenfone 5 is equipped with “Outdoor Mode”. This mode appears when you press the volume control. You need this if are outdoors.

The Zenfone 5 ships with Android 8.0 out of the box and it has ZenUI 5.0 running the whole show. Here’s the UI looks like: 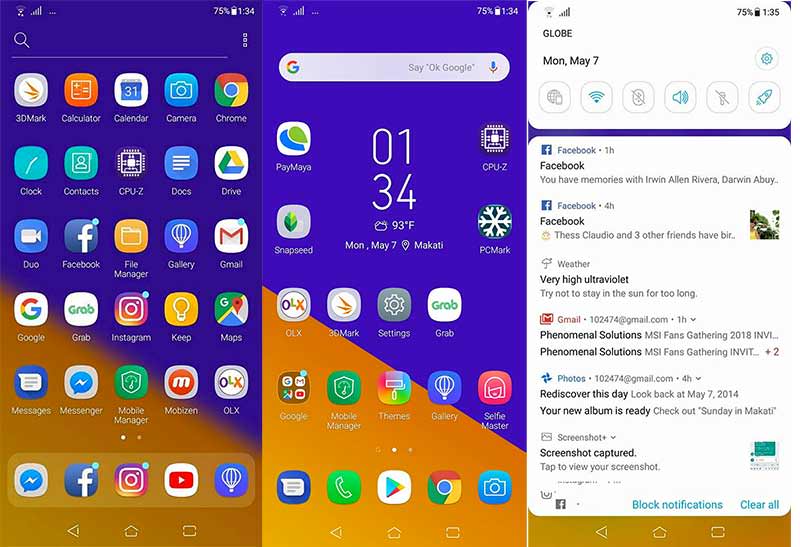 While the notch is reserved for the front camera, sensor and the speakerphone, the left and right side of it is used to display the network status, the clock and battery icon on the right side.

ASUS did not forget to pre-install its favorite in-house apps — but this time it no longer an issue because of the huge built-in storage.

Facebook and Messenger is also pre-installed which is a good and a bad thing at the same time. For me who don’t use the full version of Messenger because its full feature annoys me most of the time. I use Messenger Lite, but the pre-installed apps always prevail.

100GB of Google Drive subscription for one (1) year! This is one of the best things ASUS has been providing for years now. 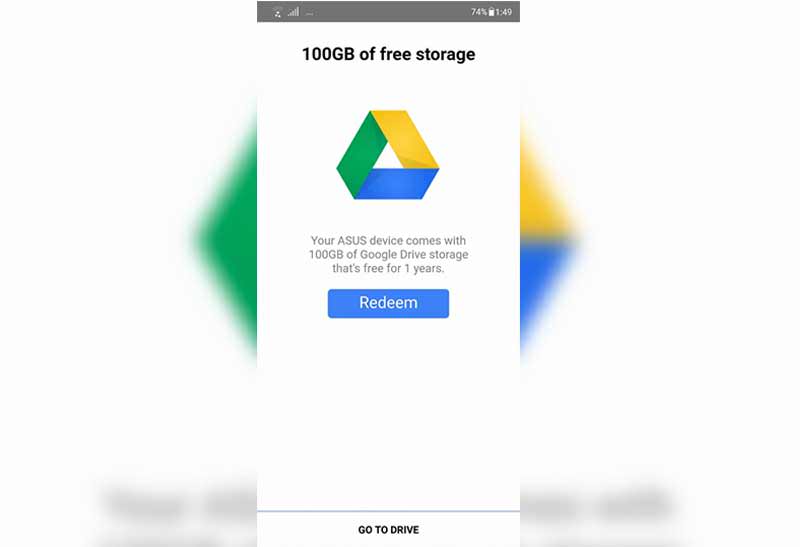 Owners of Zenfone 5 gets a 100GB of Google Drive storage which would have cost you P89/month but is given free by ASUS for every purchase of Zenfone 5.

Within two weeks of usage, in a casual mode, meaning I only use Facebook, camera, Youtube, Instagram, voice calls and Mobile data, the Zenfone 5 never gave me an issue. It is smooth and no lags were encountered even if you open multiple apps at the same time.

I’d like to credit this performance to the 1.8Ghz 64-bit Qualcomm Snapdragon 636 octa-core chipset coupled with 4GB of RAM.

We also run few benchmark apps and here are the results:

There are three cameras on this device. The rear is equipped with two shooters — a 12-megapixel, f/1.8 aperture with Sony IMX363 sensor and an 8-megapixel, 120° wide-angle lens.

The portrait feature works pretty well with its adjustable focal point from F/95 to F/16.

There is also Pro option for the ones who want to take control of the camera behavior. You can conveniently change the ISO, focus, shutter speed (max of 32 seconds) and white balance.

The AI works well also. The camera, thru the AI, automatically detect if I am shooting a food or an animal. Then it adjusts to the best settings possible. 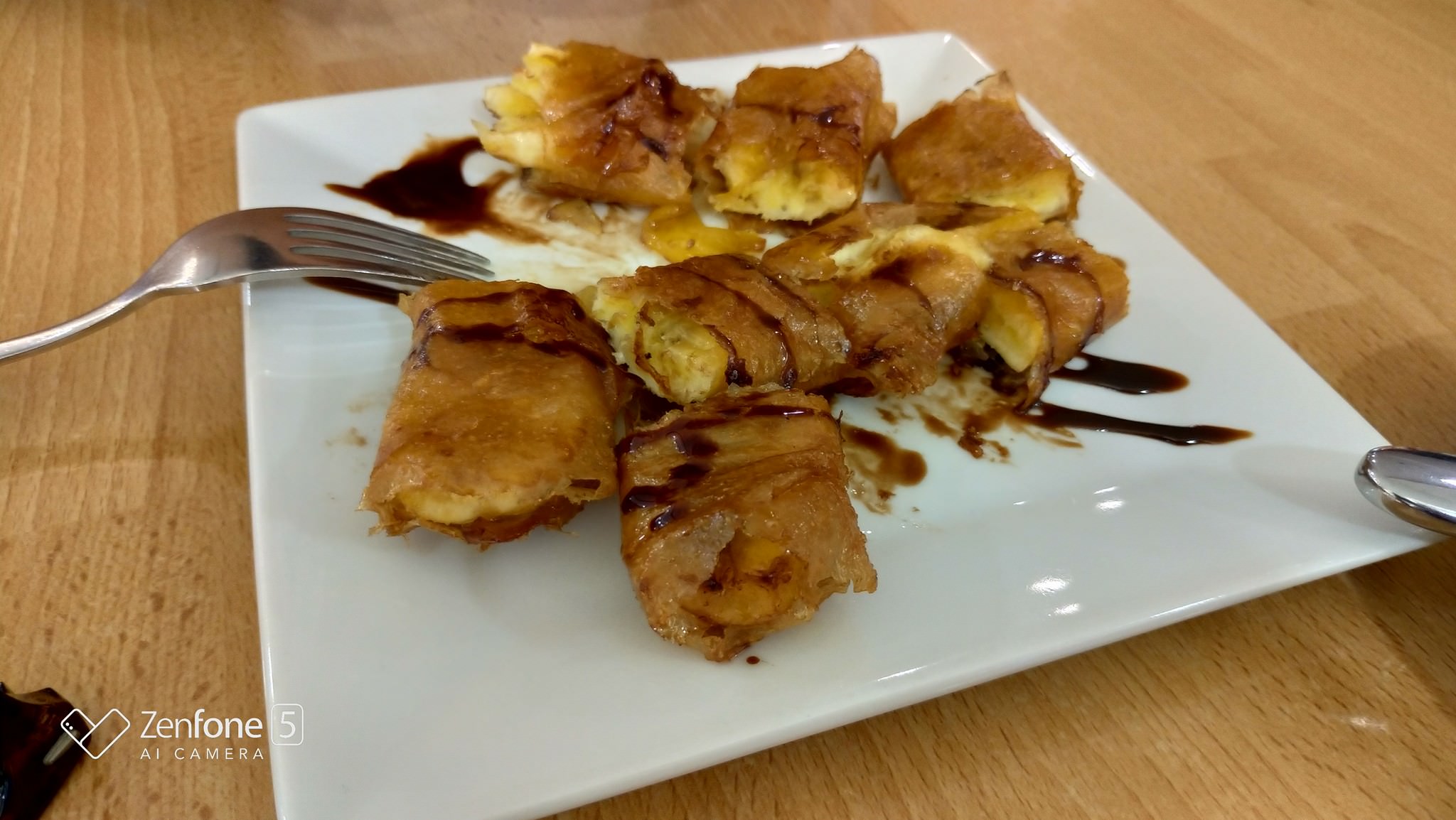 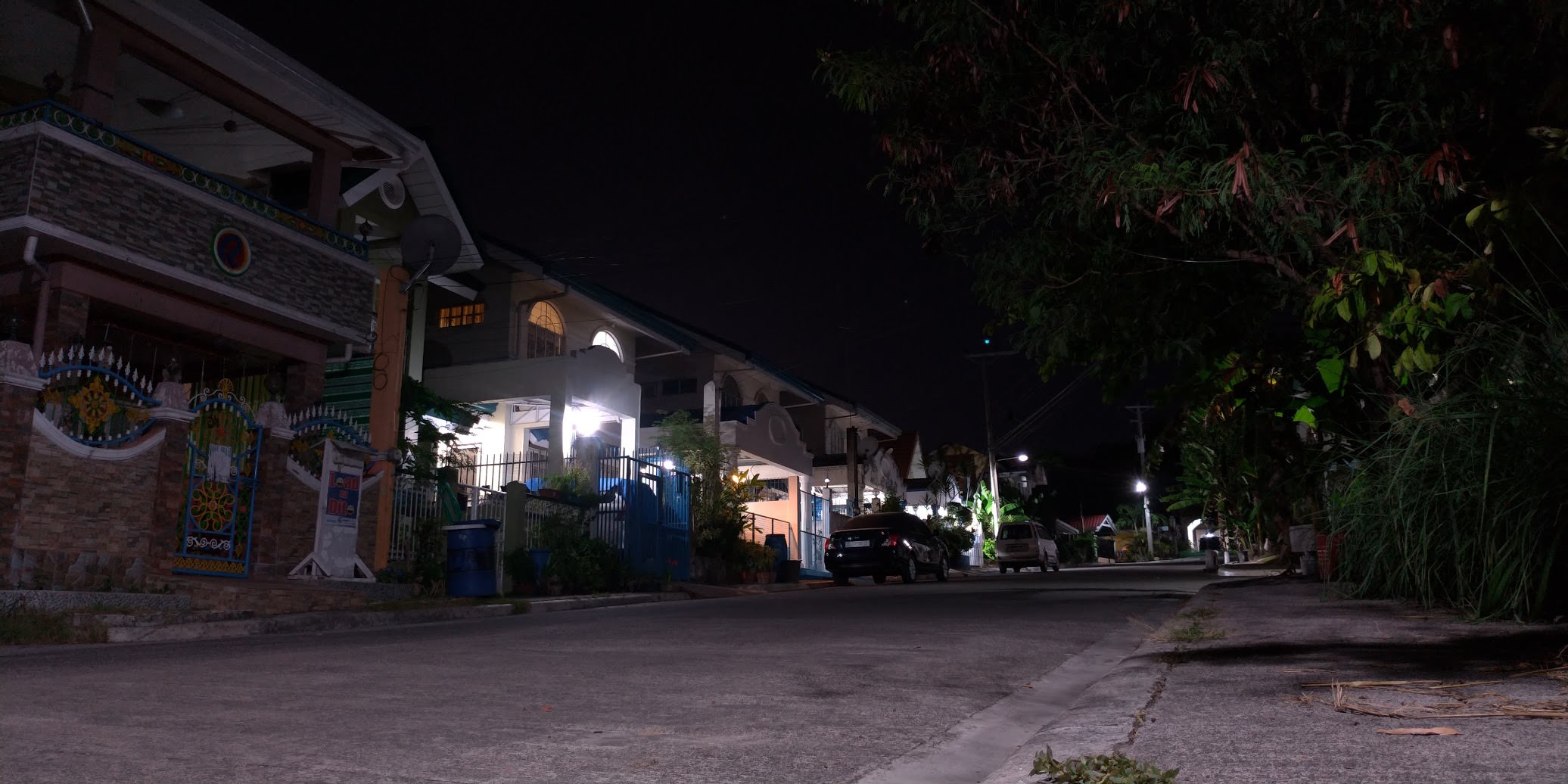 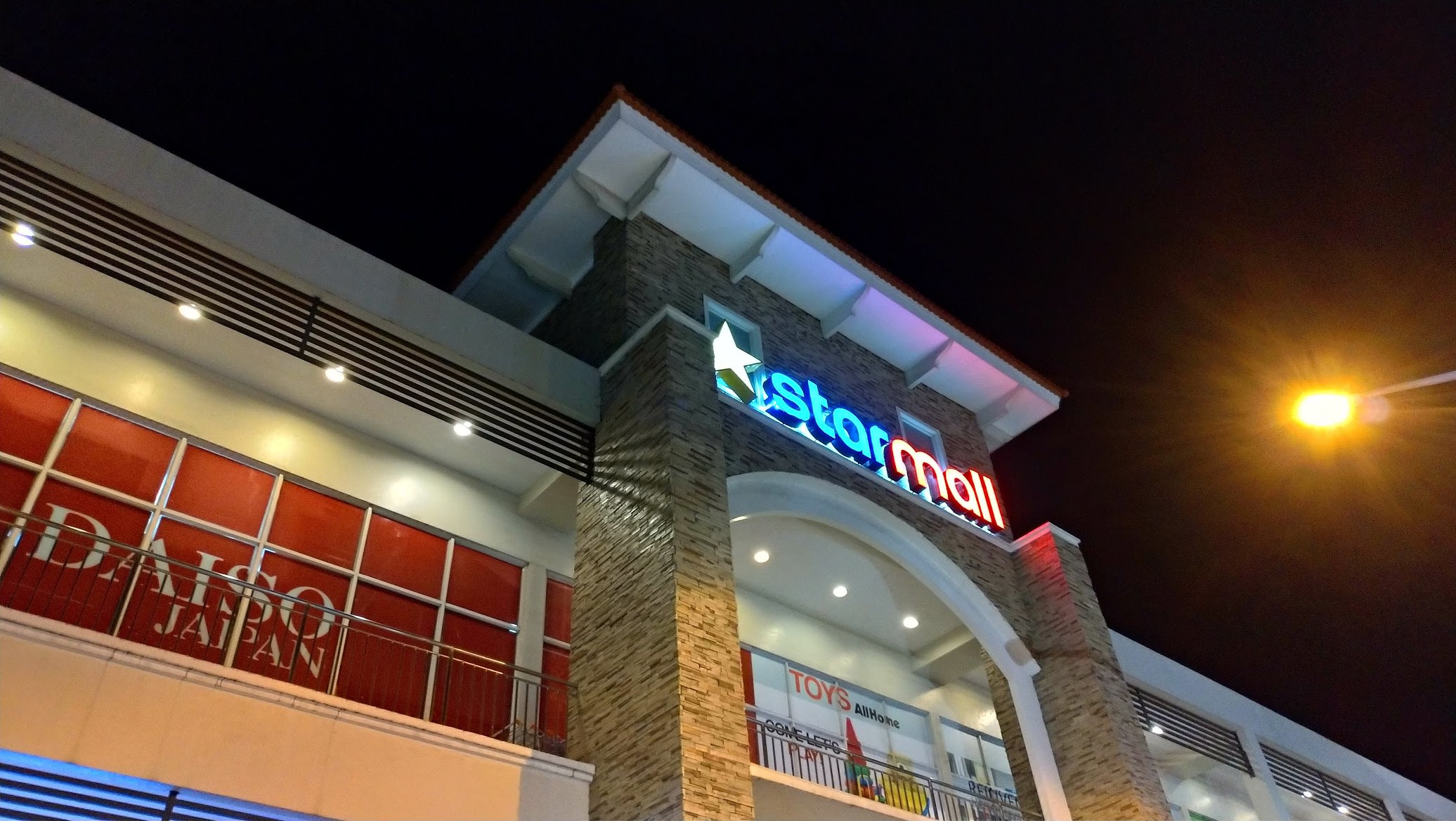 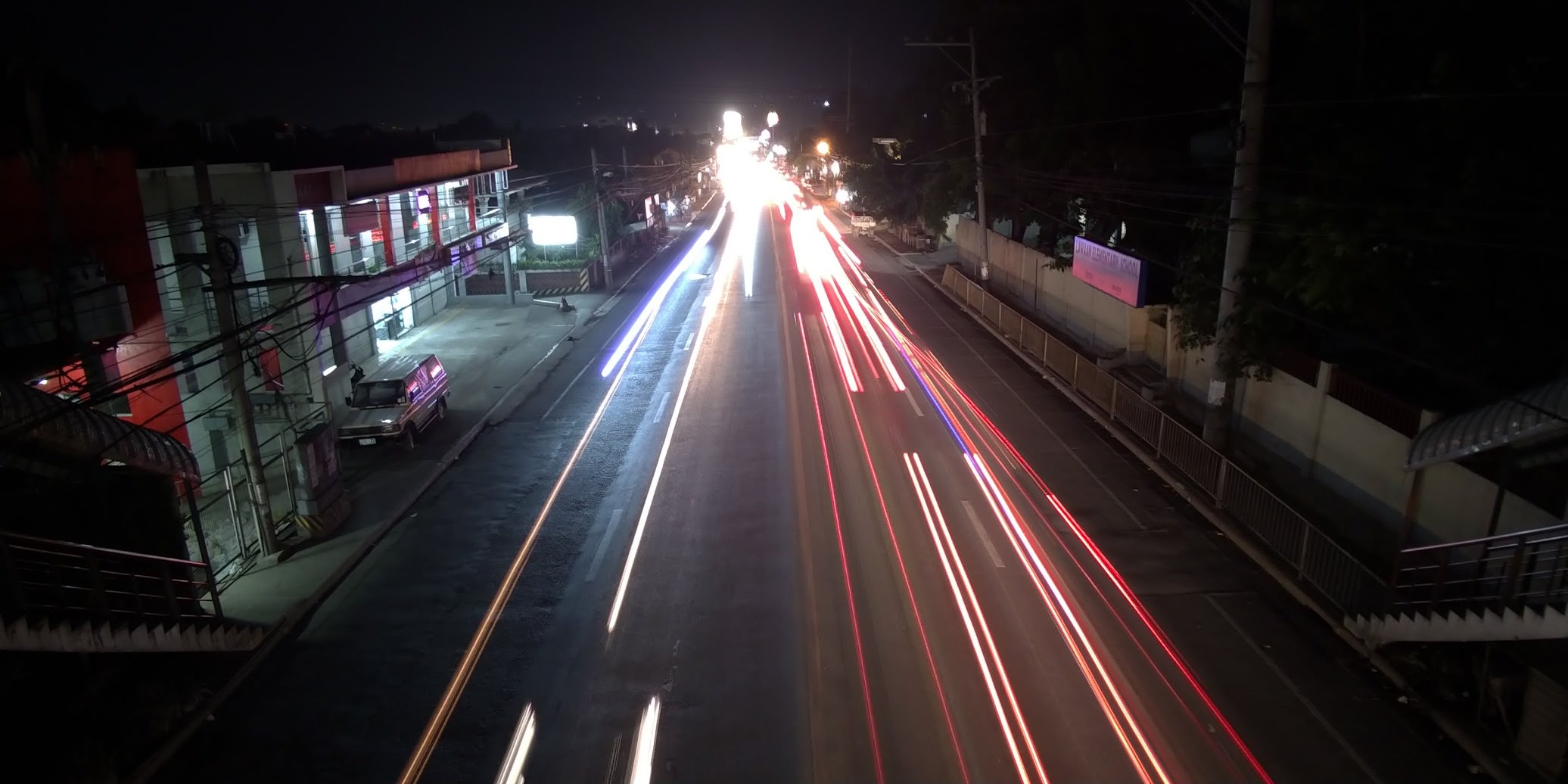 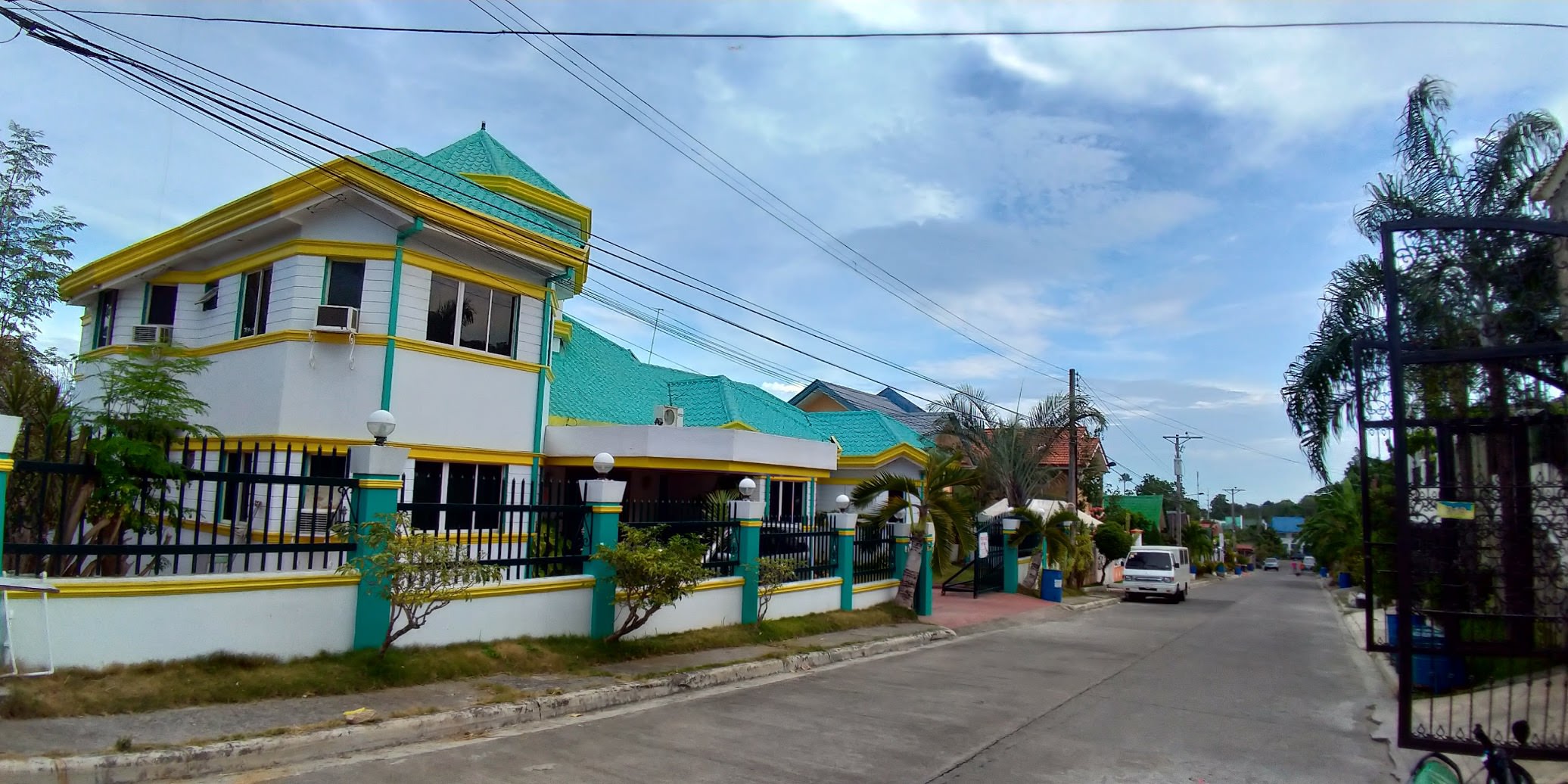 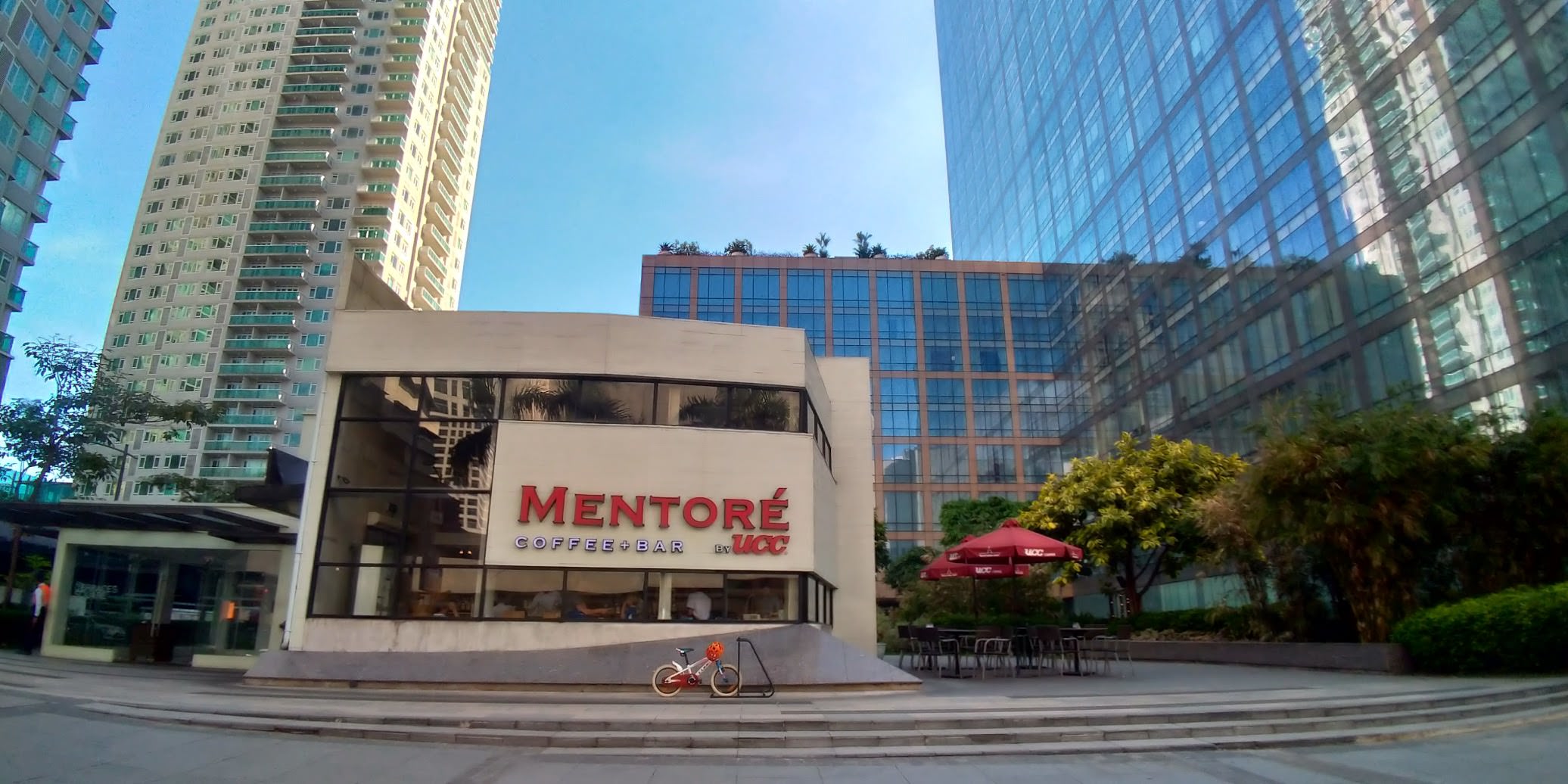 The front camera has 8MP f/2.0. The portrait feature is also enabled here allowing you to take beautiful selfies with blurred background. What I liked about the front camera is that it was able to isolate the subject well even if there two of you on the frame. 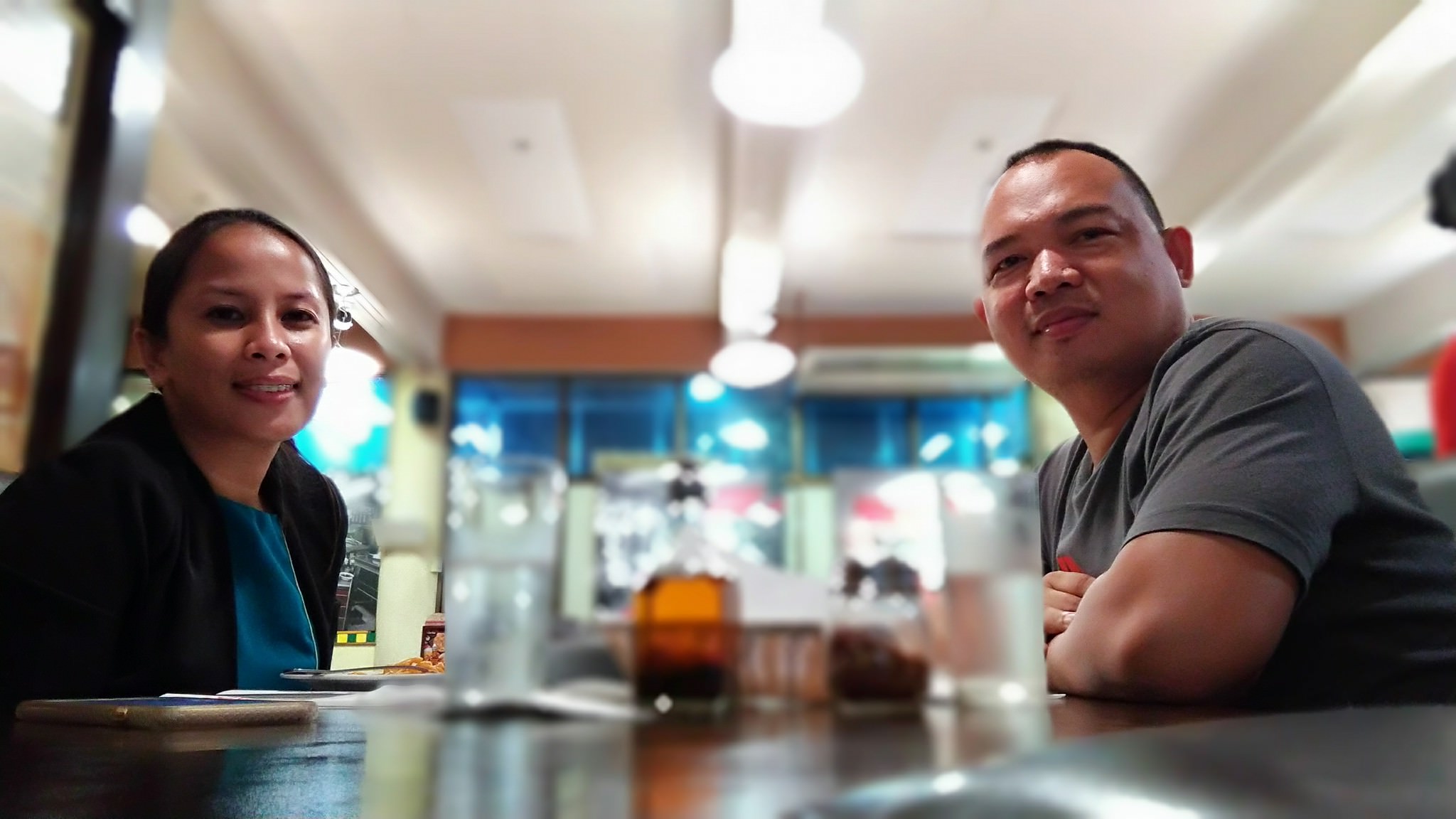 On the connectivity department, the Zenfone 5 excel as well. WiFi signal is strong so with Bluetooth. Mobile data (on Globe) had no issues at all. Voice calls are clear using the earpiece and the loudspeaker as well. 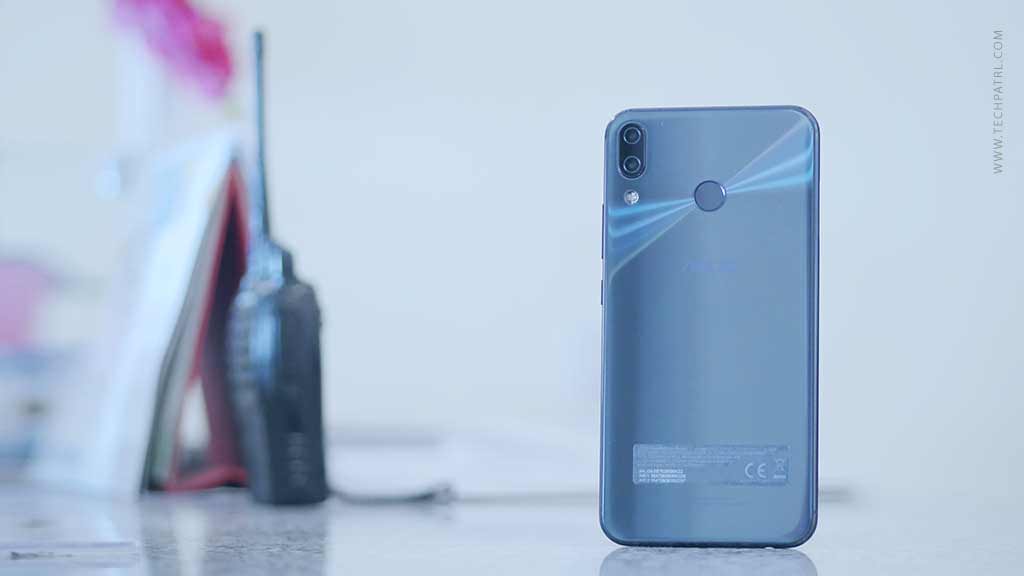 Battery life is outstanding. As a casual user, it sustained me more than 24 hours, but PC Mark gave it a sore of 8 hrs and 4 minutes. The Zenfone 5 has a 3,300mAh battery and has fast charging feature. It takes about 2 hours to charge the Zenfone 5.

The Zenfone 5 is a pretty and well-crafted smartphone, it can pass as a flagship design-wise. Specs are decent in conjunction with its pricing of P19,995.  The dual camera setup at the rear is also good, but it can’t beat the camera setup of LG G6. 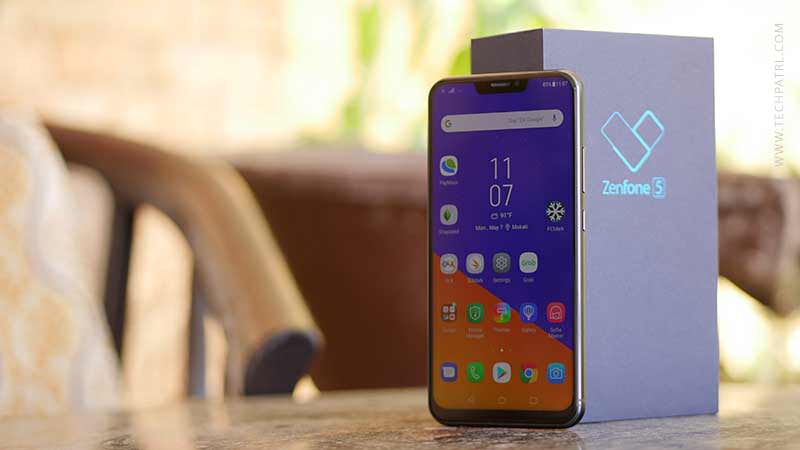