Sharp Philippines Corporation (SPC) recently launched its newest campaign in celebration of the 120th year of Philippine Independence, “We Love Philippines.” This campaign was launched last June 12 at SPC Main Office, which will run until the end of October 2018.

For almost four decades, SPC is consistent in providing locally-produced quality products like color Television, washing machine, and karaoke. These products became part of every Filipino household, upholding the company’s mission of bringing quality products for every Juan, in support of their campaign “Sharp For Every Juan.” In an atmosphere of imported goods, this campaign points to prime the knowledge of every “Juan” that Proudly Pinoy Products are developed and manufactured here in the country. 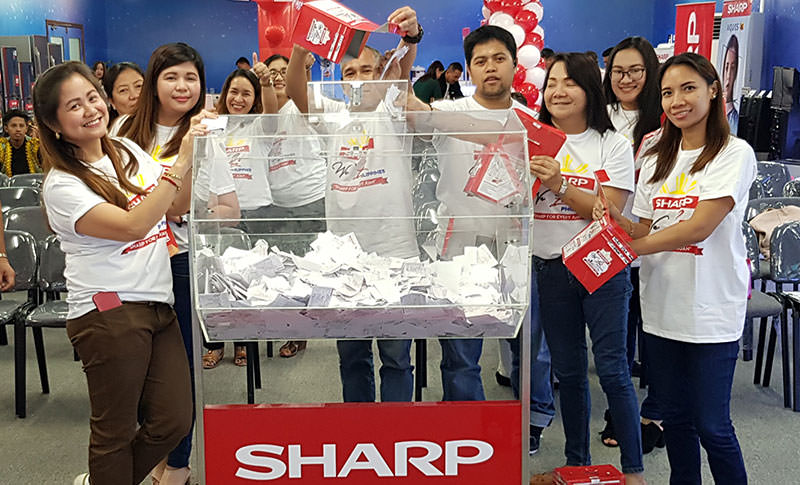 PR and Advertising Manager Amor Golifardo with rest of the SPC’s Marketing team.

“We Love Philippines” substantiates SPC’s continuous action to provide advanced and pioneering technologies, gripping to the mission, which tailored to the needs of our Filipino consumers.