The Flare family has lots of members which could be your backup phone. The Flare S7 Lite could be it. L 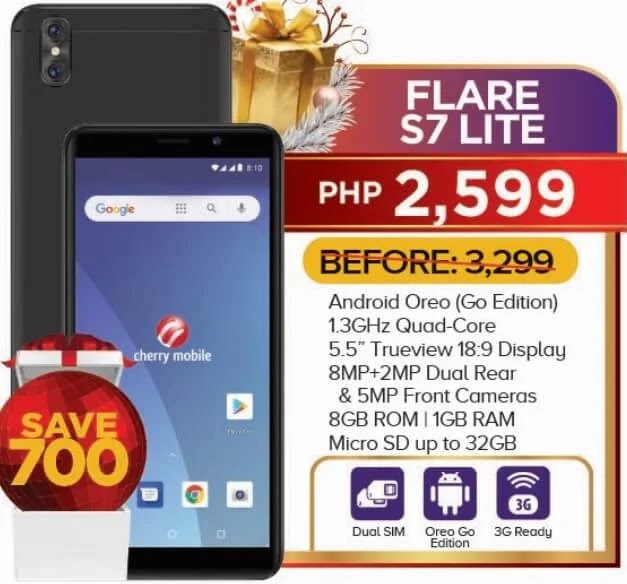 To get you going the Flare S7 Lite sports a 5.5-inch 18:9 display. It ships with Android Oreo Go Edition and is powered by a 1.3Ghz quad-core CPU which is paired with a 1GB RAM.

For the storage, it has 8GB which can be expanded via microSD up to 32GB.

The cameras of this phone include an 8MP + 2MP dual rear cameras while the front camera has 8MP.