Recently, two new Realme phones with the model numbers RMX1851 and RMX1901 were found for the first time in the database of the Chinese telecommunications agency TENAA and showing some of its specifications. 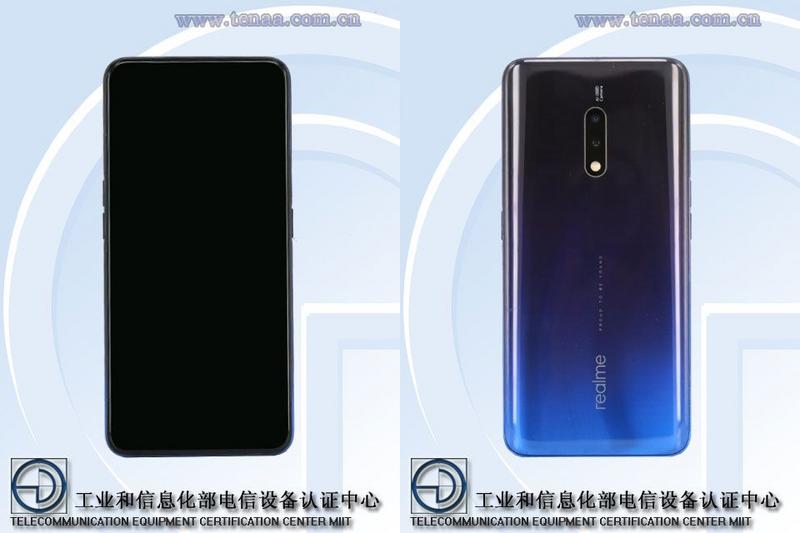 The images of RMX1851 showed that this is a Realme 3 Pro phone for the Chinese audience. The device was recently introduced in India. However, the RMX1901 is a brand new device that is equipped with a full screen and a pop-up selfie camera. Today, Realme CEO Xu Qi confirmed through his Weibo account that the name of the device is Realme X.

The device is described as “full screen, dared to jump”, which means that the phone will work in a full-screen display. Yesterday, Realme released its first thematic song, in which a mysterious smartphone was seen with a selfie pop-up camera and a screen without a notch.

The images of Realme X in TENAA showed that it is equipped with a double vertical camera and an LED flash on the back panel. There is no fingerprint sensor on the back of the phone. As a result, it seems that Realme X may be the first phone of the company to arrive with a fingerprint reader on the screen.

The Realme X has dimensions of 161.2 x 76 x 9.4 mm. The smartphone has a large 6.5-inch screen, which probably supports Full HD+ resolution. Although the phone has a slightly thick chin, it will offer a high ratio of screen to body. The smartphone is equipped with a battery with a minimum capacity of 3680 mAh. The back of the box has a gradient finish in black and blue. The top edge of the phone is equipped with a 3.5 mm audio jack. There is no information about the other technical features of the device.

Realme has not yet confirmed the release date of the Realme 3 Pro and Realme X smartphones for the Chinese market.