The newest Google Pixel devices have been introduced today. The Google Pixel 2 and Pixel 2 XL showcased a new pair of own-branded smartphones, manufactured by HTC and LG with codenames Walleye and Taimen, respectively. At first, these two devices are said to be powering a Qualcomm Snapdragon 836 chipset, but because of the delay in the silicon rollout, they will be using the flagship Snapdragon 835.

Both the Pixel 2 and Pixel 2 XL runs on stock-Android 8.0 “Oreo” and have two memory options: 64GB and 128GB storage. Like the predecessor, it doesn’t come with a microSD card slot. Also, they’re similar in the camera sensors, as the rear sports a 12.3-megapixel shooter with phase detection and laser auto-focus, plus an electronic and optical image stabilization. On the other side, the front camera has an 8-megapixel lens with f/2.4 aperture. The battery packs a 2,700 mAh with no mention of wireless charging support.

In terms of size, the Pixel 2 is a 5.0-inch screen with Corning Gorilla Glass 5 on top, featuring the standard 16:9 aspect ratio, while the bigger Pixel 2 XL features a 6-inch P-OLED display with a QHD+ resolution in an 18:9 aspect ratio built in aluminum. Although the bezel has been reduced to become a more slim profile, being a true edge to edge device is somewhat a dismay. The battery is 3,520 mAh non-removable, supported by Quick Charge 3.0. There’s also a surprising e-SIM embedded inside the phone, hence, it is a dual-SIM handset, the other is for nano-SIM.

Other highlights: the new Pixel Visual Core, a new special chipset that associates in the camera department of the smartphones that can do better image processing than the Qualcomm’s ISP image technology; another is what we called “advanced x-axis haptics sensor” that refers to the gestures, similar with the squeeze sensor on the HTC U11; and lastly, Adaptive Audio Amplifier to maximize the performance of the speaker.

For pricing, the Pixel 2 starts at $649 for the 64GB model, while the Pixel 2 XL is priced starting $849 for the base 64GB variant. The former will be released on October 19, while the latter is set for November 15. 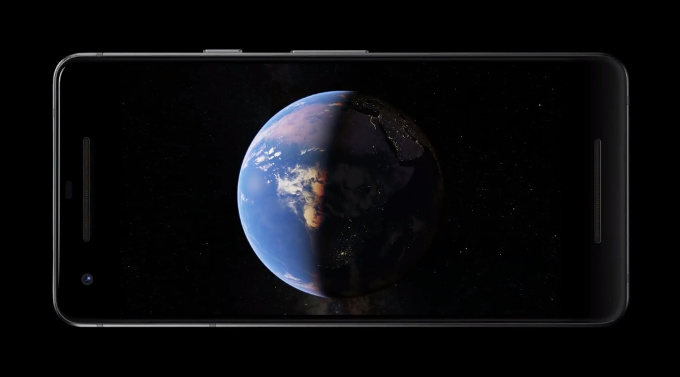 Gionee A1 Lite officially launched in the Philippines, priced at P12,990