Night shots are fantastic. SuperVOOC fast charging is crazy. The front camera is excellent; vloggers will be very happy. This is our OPPO R17 Pro Review. Stay tuned.

The OPPO R17 is a comeback series of the OPPO since the other series became so popular in the country, like the F and the A series. However, the clamor to bring the R series again became a reality this year.

The retail packaging of the OPPO R17 Pro is one of the best ones in the industry. You slide out the phone from the box instead of the usual pull out from the bottom.

To make it a little bit different, we did a street unboxing.

The retail box comes with the usual or standard stuff you will find on an OPPO smartphone. Here are the items inside for your appreciation.

After showcasing the OPPO Find X, OPPO did not stop from telling the world how good they are in designing their smartphones. The OPPO R17 Pro is one of the best-designed. The introduction of gradient color combined with matte finish resulted to an exquisite final product.

When you hold the R17 Pro, the first thing you’ll do is turn it back to check how the color changes in different angles.

The power button is on the right side while the volume controls are on the opposite side. 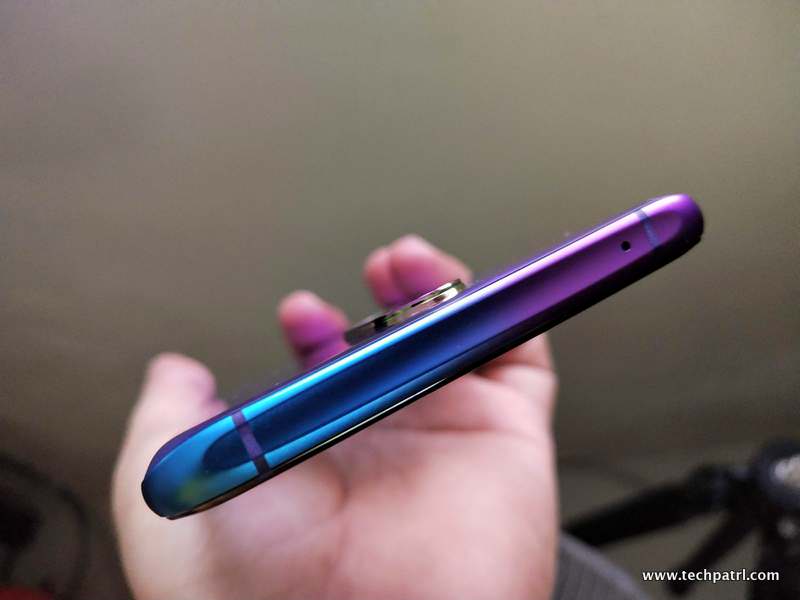 Up top is the noise-canceling mic and the invisible antenna band. You’ll immediately notice the rear camera bump in this angle. We’ll talk about it later. 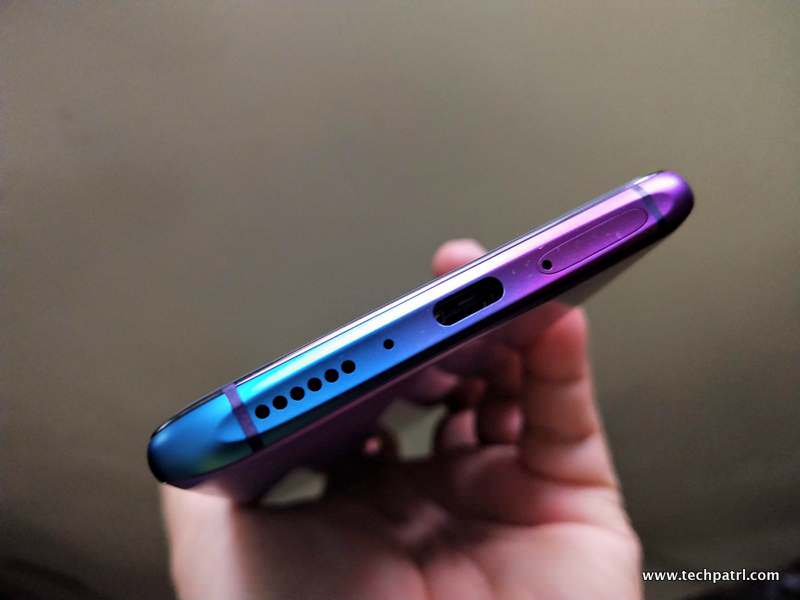 At the bottom are the single-firing speakers, another mic, the USB Type-C port and the SIM tray that uses nano-SIM cards.

The notched display became a standard this year. The R17 Pro implemented a waterdrop notch on its screen, and it houses the 25MP selfie camera with AI. 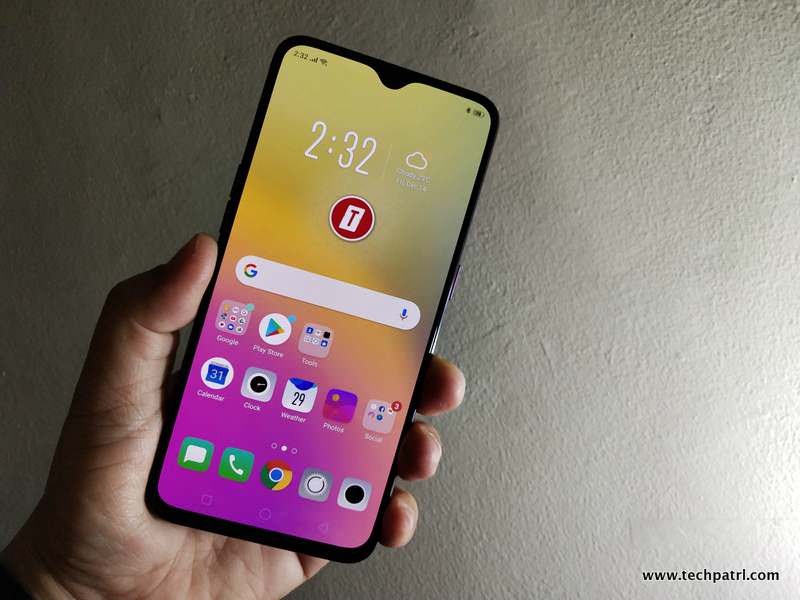 Turn it around and you’ll find the three camera setup, the LED flash, and the branding. 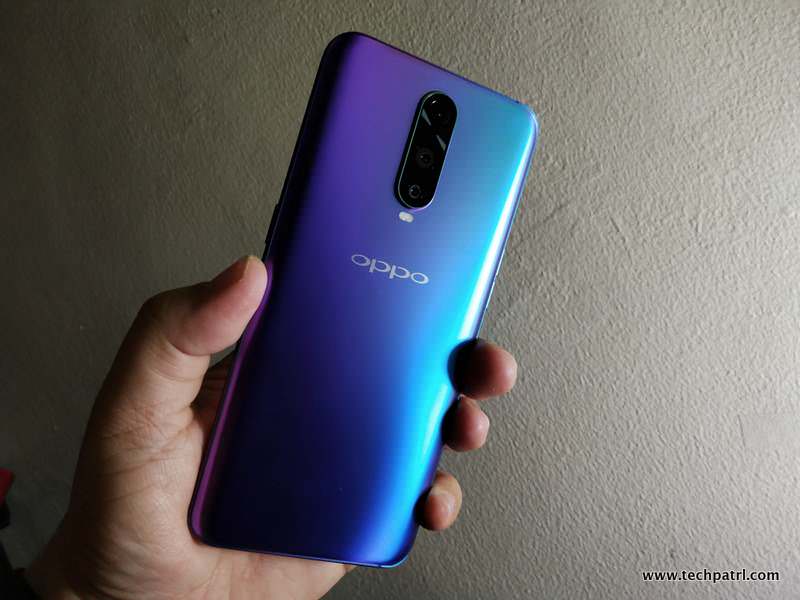 Since the R17 Pro is equipped with a huge screen, you might ask if it is heavy in the hands. I should say it is not light neither it is heavy. The OPPO R17 Pro weighs only 183 grams which is lighter than the Mate 20 Pro at 189 grams. 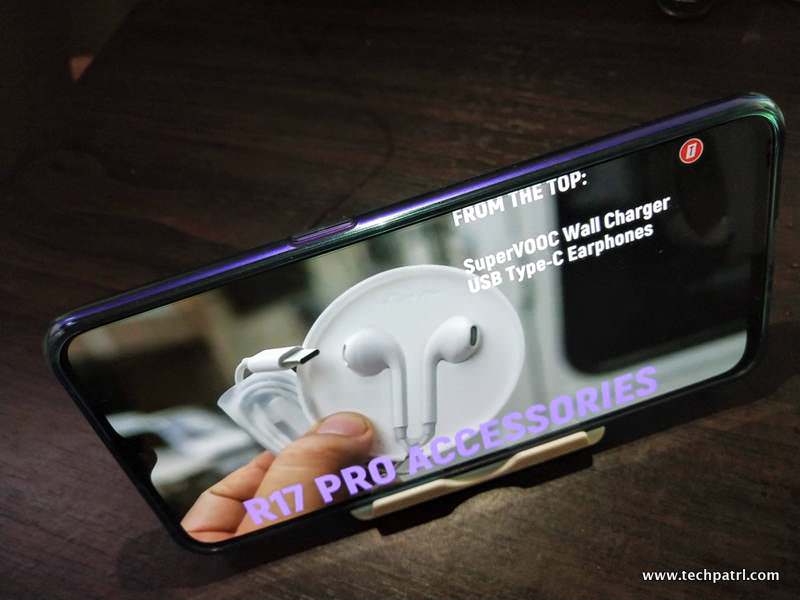 With this kind of screen, your media consumption will never be the same again.

There are no viewing angle issues whatsoever. And the notch, as I mentioned earlier, is no longer an annoying feature as in its introductory stage.

Images are sharp and vibrant as well.

For your appreciation here’s UI of the phone which I already customized to my liking. 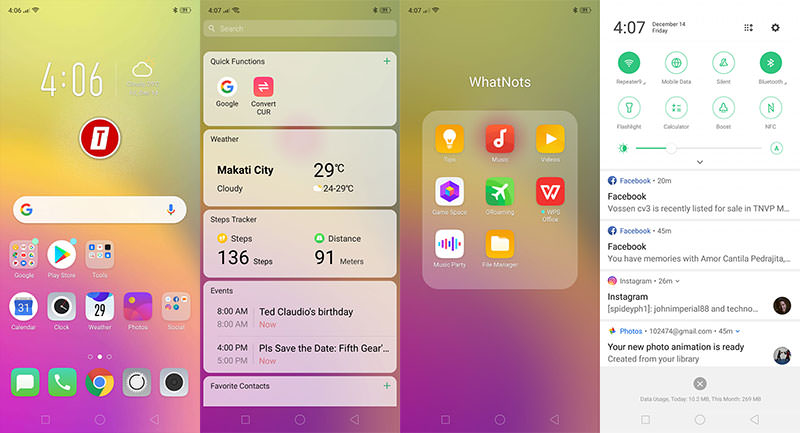 If you had an OPPO smartphone previously, navigation thru this UI has the same experience. Very easy to locate what you need. You have to organize your apps because gone are the days that an app drawer is present.

One of the deciding factors when buying a smartphone is the performance. You can have excellent design and looks, but if it is lousy, you won’t be happy and productive altogether. 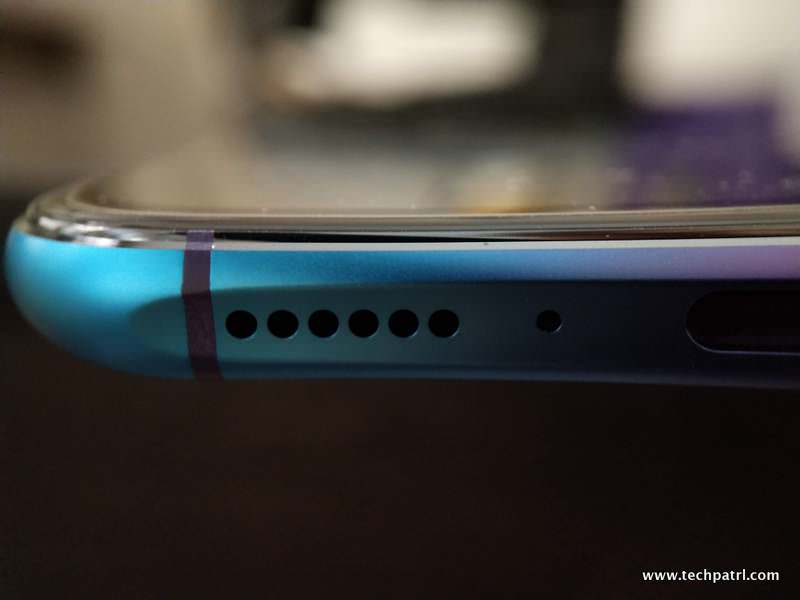 The OPPO R17 Pro is powered by a 2.2GHz 64-bit Snapdragon 710 octa-core processor and paired with an 8GB of RAM. This is the current standard configuration of high-end smartphones now. 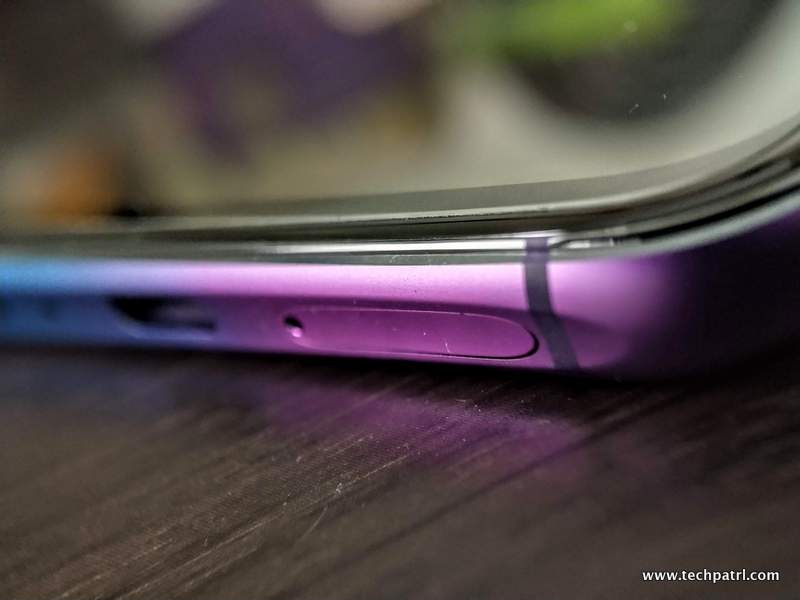 In my entire test and usage, I never experienced any difficulty, configuration issues, any record of crashing apps, cameras are well optimized. Everything is just snappy.

Aside from the super fast charging (which I will discuss later), the camera of the OPPO R17 Pro is the focus of this product. This has been optimized for a night shot.

The rear camera is composed of a 12MP (f/1.5/f/2.4) + 20MP + 3D TOF depth camera w/ OIS and dual-tone LED flash. Both the 20MP and the 12MP camera has delivered the expected result. The third camera, the 3D TOF depth camera is still unclear to me. I have not found actual application in using that camera. 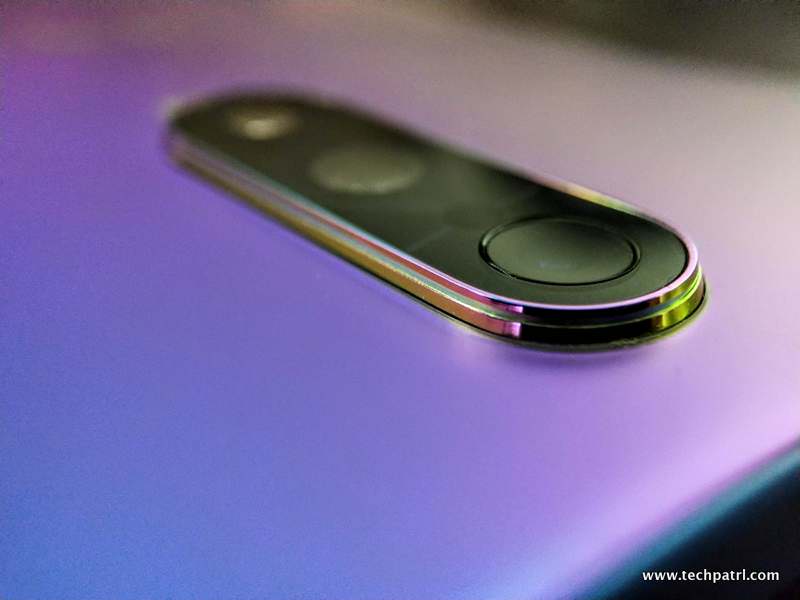 Also, the camera module at the back has a huge bump, which requires extra protection via a soft case or something.

That justifies the free case that is included in the retail package. Good job, OPPO! 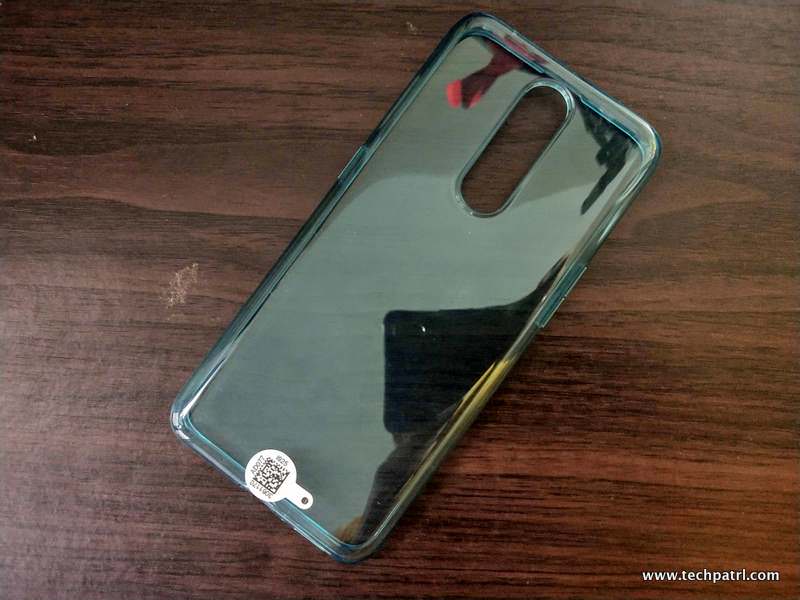 #SeizeTheNight. You might have seen this hashtag in the social media. Now it is time to showcase my own images shot on OPPO R17 Pro.

Note that all images presented here are taken handheld only.

The following photos are shot on daylight. Automatic settings were used. 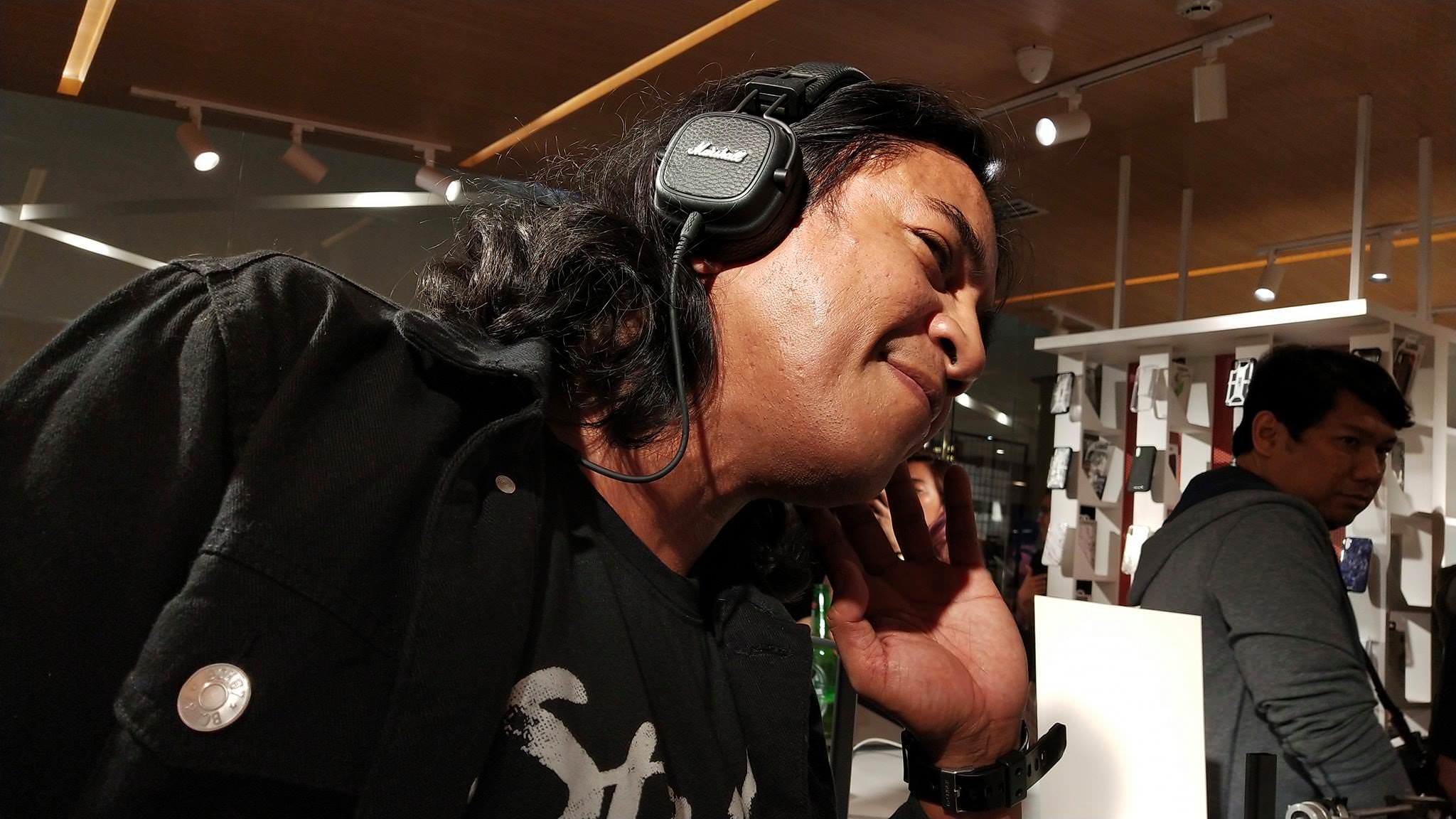 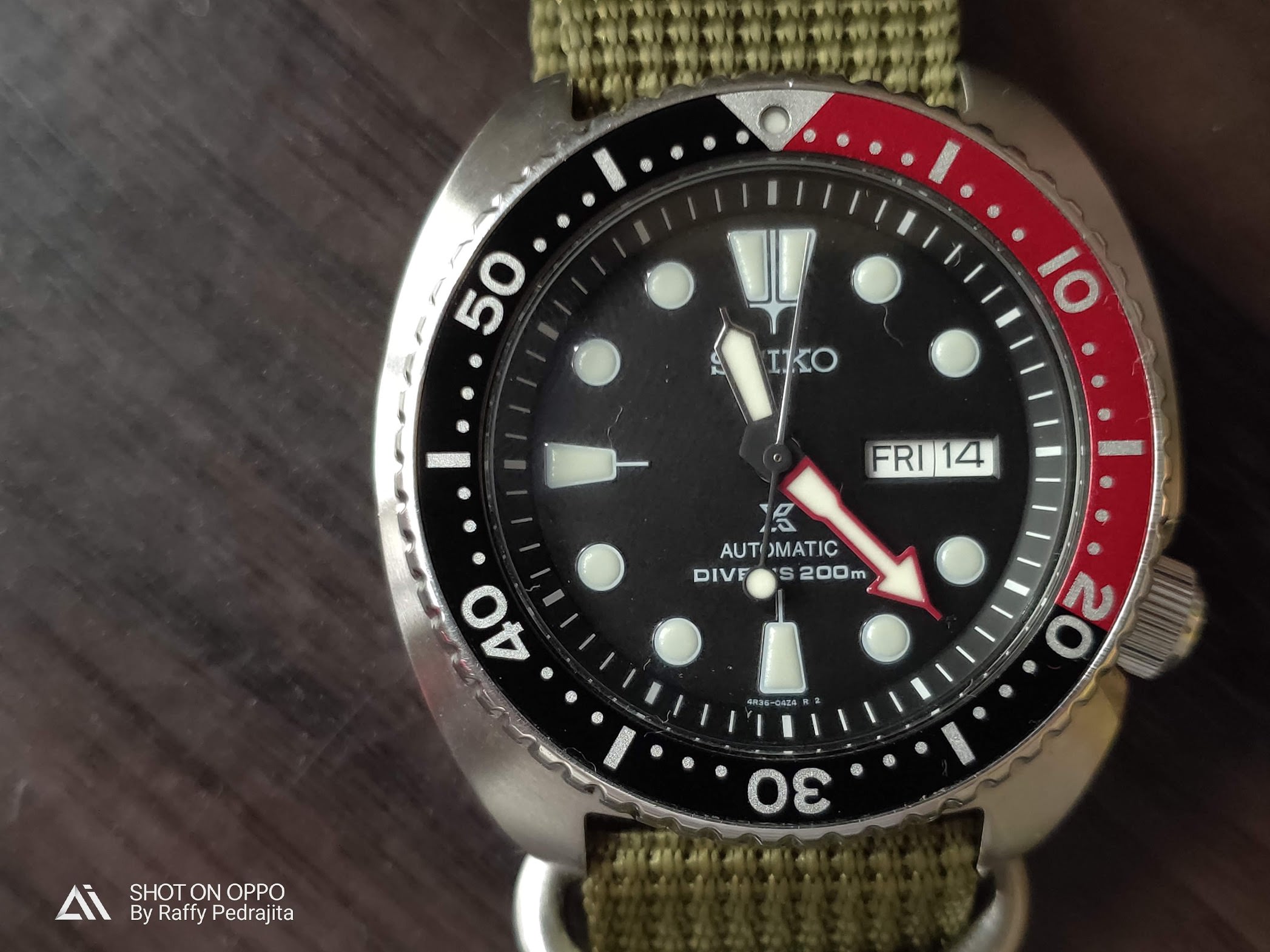 The front camera of the OPPO R17 Pro is equipped with a 25MP f/2.0 w/ AI Beauty Recognition and screen flash. Here are few of the samples.

Now for the aspiring vloggers, I must say that the OPPO R17 Pro front camera delivers clear and crisp video. The camera is wide enough to put you in the frame. The audio recording is also acceptable. Here’s the short sample.

This badass smartphone has 3,700mAH only. I was hoping that it will have at least 4,000mAH or bigger. But with SuperVOOC super fast charging. Currently, it is the fastest fast charging in the world.

I’ve posted a separate blog about it because I feel it should be featured.

In that post, I demonstrated how fast really SuperVOOC is. From 5% battery life, it took only half an hour to fill up the entire tank, so to speak, of the OPPO R17 Pro.

I have to warn you though.

Once you have experienced the SuperVOOC (or VOOC), you will already hate the other “fast chargers”.

SuperVOOC is legit. It is super fast. It does not heat up your phone.

This is the best smartphone OPPO has released to the Philippine market as of today. The OPPO R17 Pro is a great camera phone. For vloggers, the 25MP front camera is very useful and will give you a clear and crisp image. The rear camera is well optimized, the night shots, which is the strength of the phone delivered its promise. 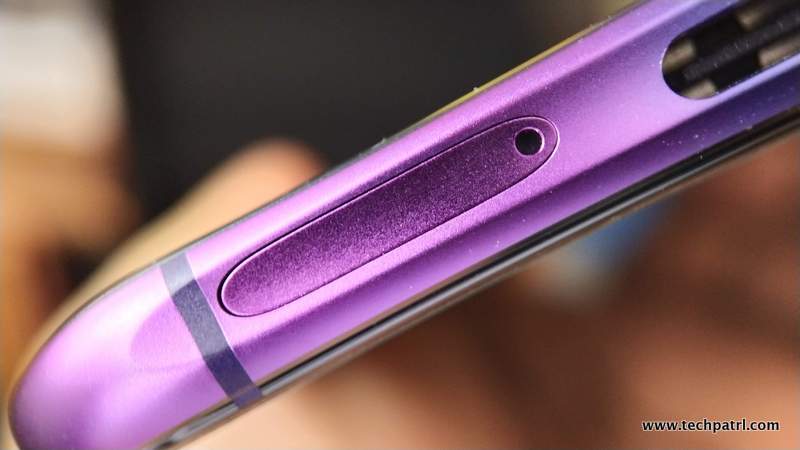 If you are looking for a smartphone that has a really good camera, both for photography and video recording, the OPPO R17 Pro is highly recommended. The SuperVOOC fast charging is legit, it will only take you half an hour to fully charge the 3,700mAH battery.